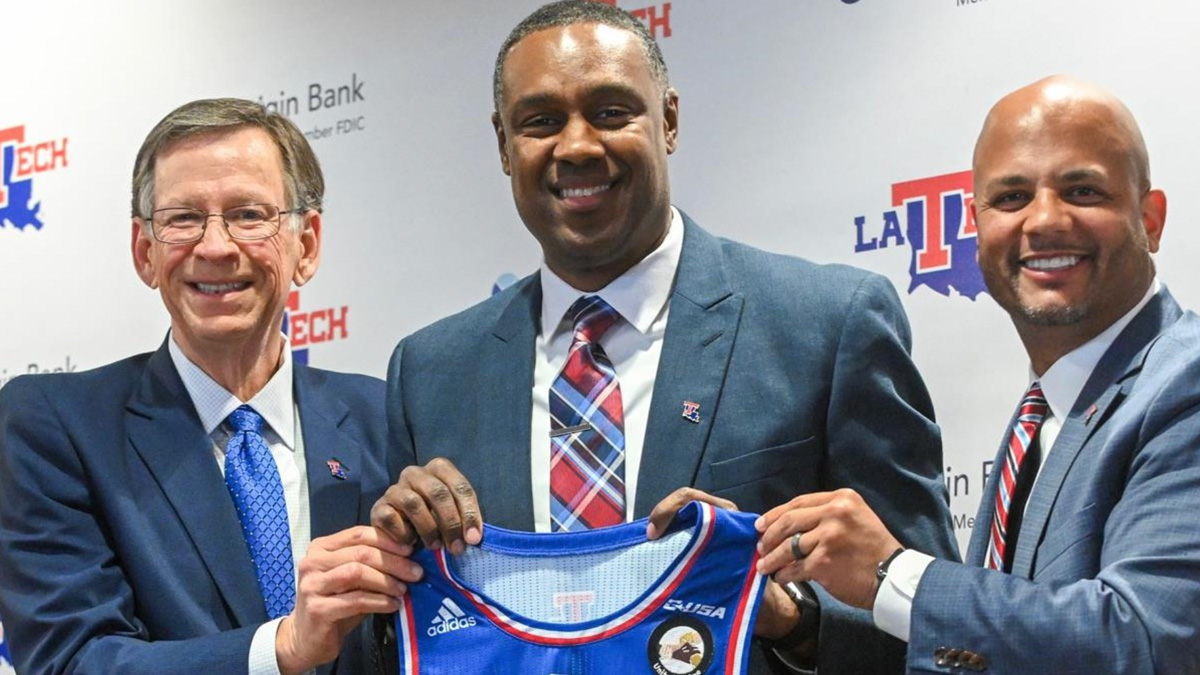 LA Tech has a new head coach who spent half a decade in the SWAC. And his first hire is an assistant familiar with the SWAC and the SIAC.

Former LA Tech assistant Talvin Hester has been named the new head coach of the men’s basketball program, the school announced on Tuesday.

Hester spent last season with Texas Tech, helping it make a run to the Sweet 16. But he spent three seasons prior in Ruston as an assistant under Eric Konkol, helping LA Tech register 20-wins in each of them.

“We are fired up that Coach Hester is coming back to Ruston to lead our Dunkin’ Dogs!,” Vice President/Director of Athletics Dr. Eric A. Wood said in a statement. “He has been preparing for this opportunity over the last 20 years, learning the X’s and O’s from some of the best in the game.  He also builds authentic relationships that will continue the great culture in the program and push our guys to play at their best and win championships!”

One of Hester’s first jobs was as an assistant coach at Texas College in Tyler, Texas for the 2004-05 season. Hester then spent five seasons at Prairie View A&M (2005-10) where he was promoted to associate head coach. He helped the Panthers to winning records in both the 2008-09 and 2009-10 seasons, the first time the program registered back-to-back winning seasons in decades.

Hester’s first addition to the staff has strong HBCU ties as well. Winston Hines will be joining Hester in Ruston.

Hines has spent the last five seasons at Grambling State as an assistant. He cut his teeth at Stillman College, serving as associate head coach for one season with the women’s program after a successful stint as an assistant with the men’s basketball program.

“Winston Hines is unique for this job in that he has been in the state of Louisiana for a lot of years,” Hester said.  “He is from Florida so that helps keep the connection to that state that LA Tech has had for a while.  We want to continue to recruit great in our region and in places we have always been great like Florida.  He will be a great addition to our Bulldog Family.”

“I am very excited to be joining the staff here at Louisiana Tech,” Hines said. I would like to thank coach Hester for giving me this opportunity to join his staff and help add to the prestigious history of the basketball program here at LA Tech.  I would like to thank coach Donte’ Jackson for having me on his staff at Grambling State and Stillman College for the last eight seasons as well as thanks to coach Michael Grant for giving me my start as a collegiate coach.”

840
The Latest in HBCU Sports and Culture

825
The Latest in HBCU Sports and Culture