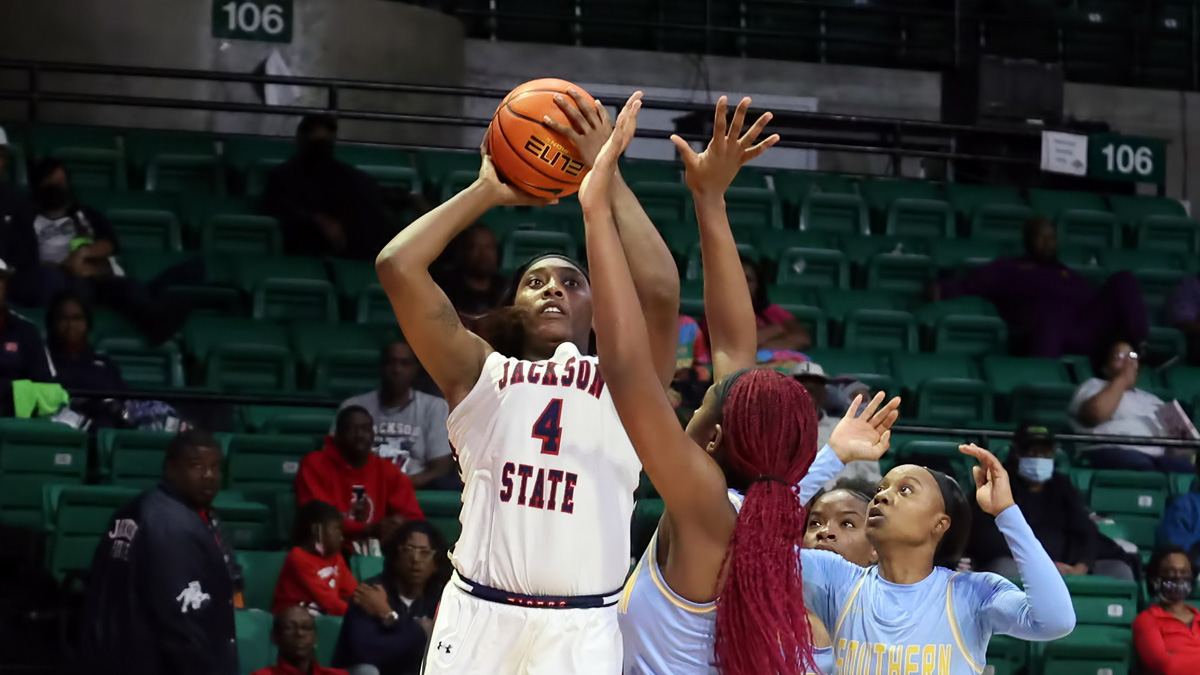 Jackson State’s Ameshya Williams-Holliday was picked in the third round of the WNBA Draft, becoming the sixth player from an HBCU to be drafted.

Twenty years after the last group of HBCU players was selected in the WNBA Draft, Jackson State’s Ameshya Williams-Holliday has added to that number.

The 6’4, senior from Gulfport, Mississippi was selected in the third round (25th overall) by the Indiana Fever on Monday night. She is the first WNBA Draft pick from a historically black college or university since a trio of players were selected in the 2002 draft.  Williams-Holliday is the second-highest drafted HBCU player in league history. Only Howard’s Denique Graves (15th overall) was a higher selection.

Williams-Holliday led the conference in scoring (19.2 ppg), rebounds (11.4 rpg), field goal percentage (57.7%), and blocks (2.7 bpg) during the 2021-2022 season. She recorded 22 double-doubles during the season (tied for 6th nationally) while scoring in double figures in every game and had 22 games with at least two blocked shots.

Williams-Holliday joins Southern’s Jaclyn Winfield as the second SWAC woman drafted into the WNBA. There are currently no active WNBA players from HBCUs in the league.