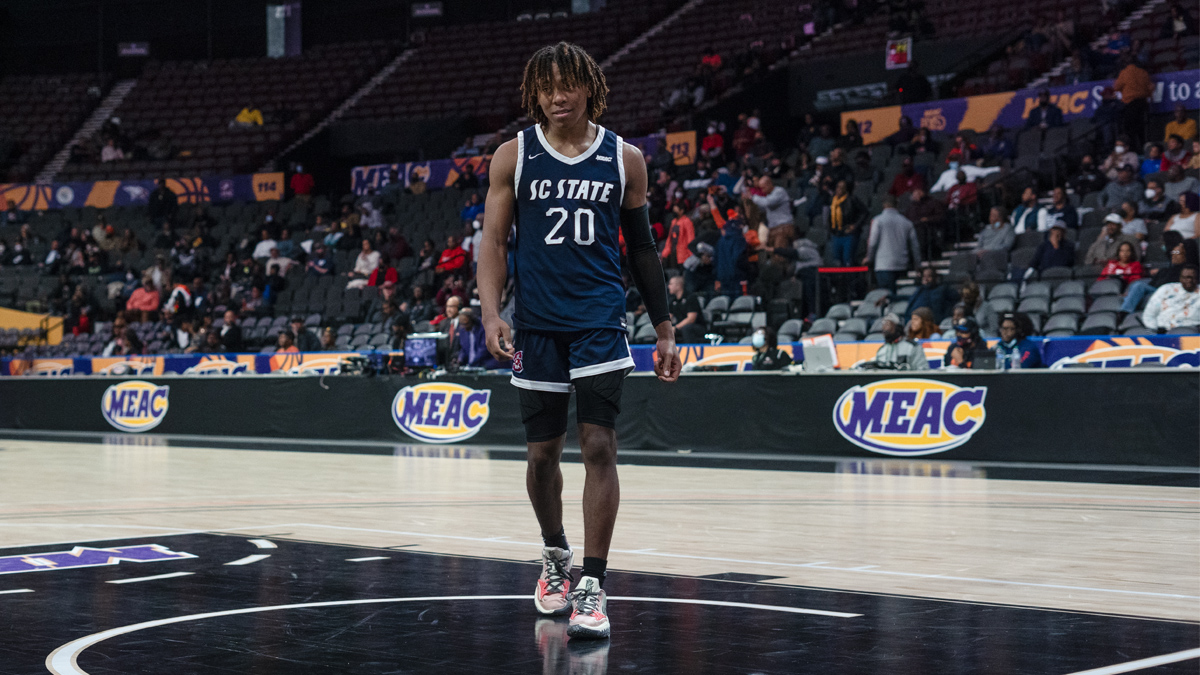 South Carolina State lost leading scorer T.J. Madlock to the transfer portal, which means it likely will be looking for a new head coach.

The Madlocks came to Orangeburg last spring when Tony Sr. was hired as head coach after serving as an assistant for Penny Hardaway. Tony Jr. followed his father from Memphis and established himself as a double-figure scorer early on. He came up with solid games in non-conference wins against USF (15 points), Citadel (18 points) and Charleston Southern (20 points) as SC State won seven games before the start of MEAC play after winning just one game the entire 2020-2021 season.

T.J Madlock continued to be a key factor in conference play, scoring double-figures in 11 of 14 games against MEAC opponents, including a career-high 23 in the regular season finale against NC Central. He put up 19 points in the MEAC Tournament quarterfinal game against Morgan State, which appears to be the last game he will play in that uniform. His average of 12.7 points per game was tenth best in the MEAC.

As for the elder Madlock, his name is one of several that have surfaced as a potential replacement for Mo Williams at Alabama State. His departure to Jackson State created an opening in Montgomery, which may soon lead to one in Orangeburg.

It would be a disappointing blow to South Carolina State, who finished 15-16 under Madlock, the best record for the program in nearly half a decade.

“We’ve got to find some people to help get us over the hump,” Madlock said following the loss to Morgan State. “I think the culture is starting to be set because we’re all about playing hard. One thing you can say about our team is that we play really hard. Well, now we’ve got to get better players. I gotta get more talent.”

All signs are pointing to that talent heading to Montgomery and not Orangeburg.