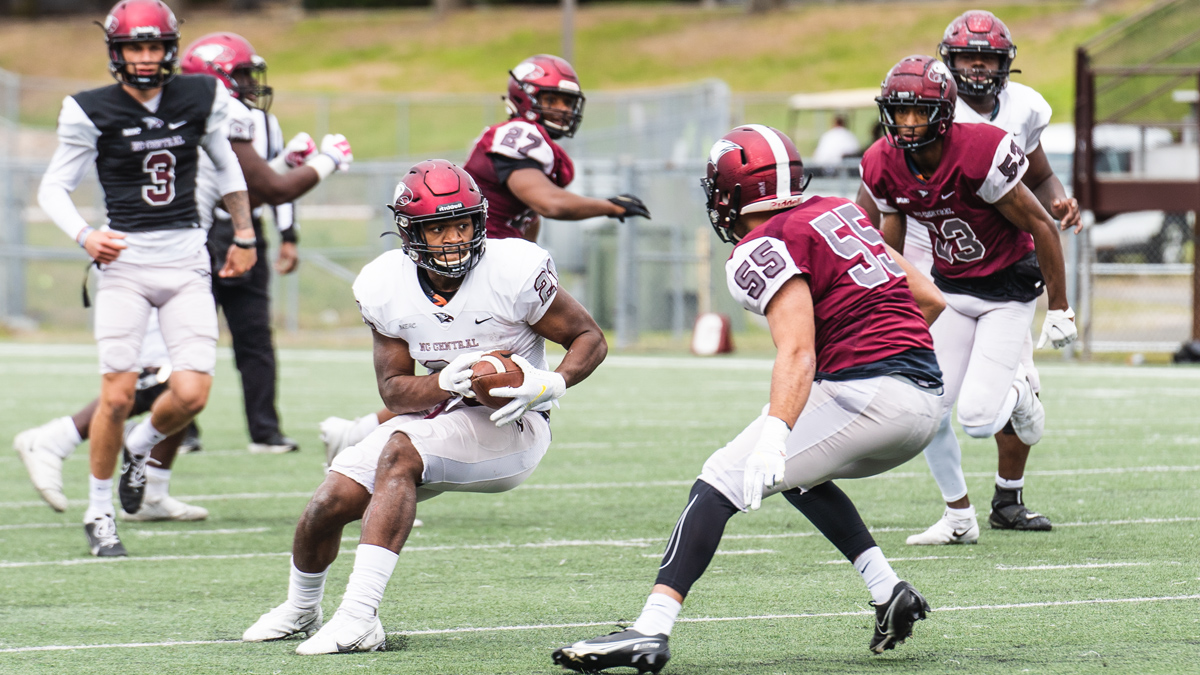 The NC Central spring game featured a solid showing for the front seven on defense while its offense found a rhythm late in the scrimmage.

It was official the spring game for NC Central, but it felt like homecoming in O’Kelly-Riddick Stadium.

Saturday was a crisp early spring day in Durham but the balmy temperatures didn’t keep fans and supporters away.

As is often the case in spring games, the defense was ahead of the offense. NCCU head coach Trei Oliver is a defensive guy, so that didn’t bother him. But considering he just brought in a new defensive coordinator (former NC A&T assistant Courtney Coard) at the start of last month, the fact that his defense performed solidly only added to his disposition.

Oliver may not have liked what he saw out of his defense near the end of the scrimmage, but a couple of late scores were probably good for the confidence of the offense. The defensive line got to quarterbacks Davius Richard and Walker Harris seemingly at will through the first three-and-a-half quarters.

“We moved the ball well. We have to finish drives,” Oliver said. “I thought up front we had some guys out and I thought we got a little winded — which happens during the spring.”

Oliver highlighted offensive line play and the defensive backfield as two areas he would like to see more improvement in as spring practice comes to a close.

“We need to continue to progress to work and get better. We have three more days next week to clean some days up,” Over said. “We need to get healthy, and then we’ll pick up where we left off this summer.”

NC Central finished 6-5 overall last season, going 4-1 in the MEAC to finish second in the conference. It opens up its regular season on Sept. 3 in Charlotte at Bank of America Stadium against archival North Carolina A&T.