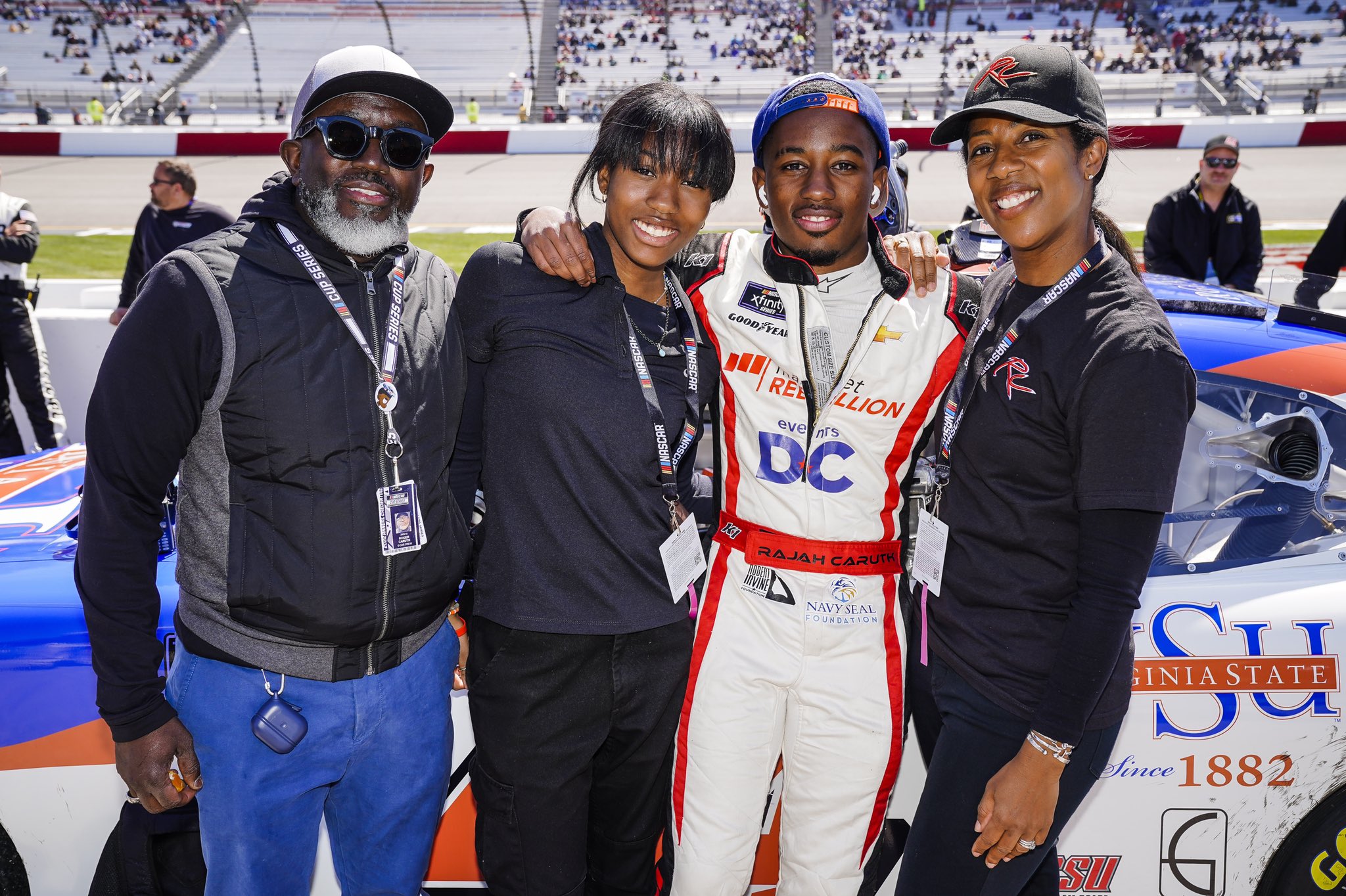 Rajah Caruth now has one Xfinity race under his belt.

The Winston-Salem State sophomore made his debut in the Toyota Care 250 at Richmond Raceway. He finished 24th overall in his No. 44 Chevrolet, rebounding from a rough start in his Virginia State themed race car.

“Definitely wanted to run better but we ran around there all day, so not terrible,” Caruth said. “Thank you @VSU_1882 for being on the car… meaningful to have HBCUs present in our sport. Ready for Dega with @RevRacin and Dover with my @TeamAlphaPrime guys!”

Alpha Prime Racing owner Tommy Joe Martins said he was pleased with what he saw out of Caruth, stating he had a clean race and was aggressive when he needed to be,” Martins said.

“We ran a race that we expected. We had a top-20 type of car. Maybe if we had caught a break a little better than that. But we didn’t expect him to come out and go for the win today. We just kind of wanted him to knock this out.

“It’s his first race. Lot of pressure. Lot of eyes on him. He did a great job qualifying, a great job in the race and brought home a top 25 finish.”

Indeed, there were many eyes on the Washington, D.C. native. NASCAR driver Bubba Wallace came out before the race to give him some words of encouragement. Wallace, a long-time role model for Caruth, is one of eight black men to ever to race at that level.

When it was all said and done, 19-year-old Rajah Caruth was joined by his parents and his sister as he reveled in the moment of his latest milestone on the road from racing in video games to the real thing.