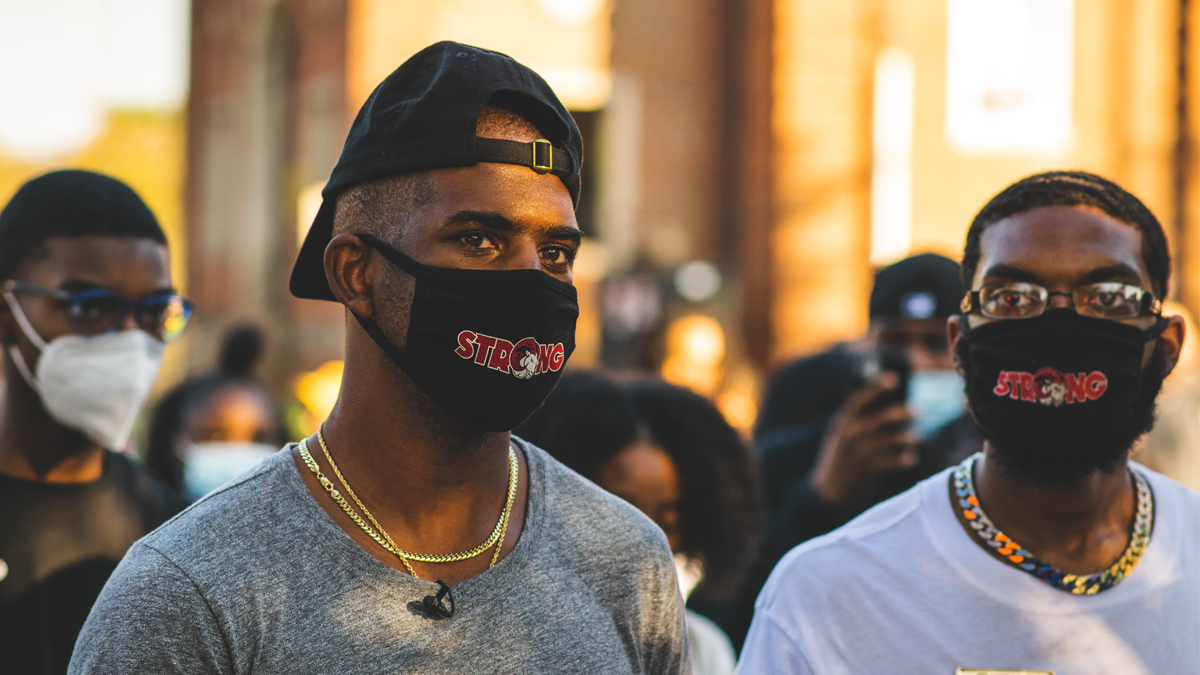 Chris Paul appointed to HBCU advisory board by President Biden

Chris Paul is currently a student at an HBCU, and involved at several others. He’s been added to a presidential board.

Not only is Chris Paul an HBCU student, but he’s also representing them in Washington, D.C.

President Biden announced his intent to appoint qualified and diverse leaders to the President’s Board of Advisors on Historically Black Colleges and Universities (HBCUs) on Wednesday. The President’s Board hopes to advance the goal of the HBCU Initiative, established by the Carter Administration, to increase the capacity of HBCUs to provide the highest-quality education to their students and continue serving as engines of opportunity.

In 2021, President Biden appointed Drs. Tony Allen and Glenda Glover to serve as Chair and Vice Chair of the President’s Board of Advisors on HBCUs, respectively. In February, he appointed Dr. Dietra Trent as executive director of the White House HBCU Initiative.

The Biden-Harris Administration is committed to supporting the vital mission of HBCUs. Through the American Rescue Plan, grant funding, and by forgiving capital improvement debt of many of these institutions, the Biden-Harris Administration has already committed more than $5.8 billion in support. Reestablishing the White House HBCU Initiative – and appointing qualified and diverse individuals to the Board – will allow the administration to build on that financial commitment with continued institutional support.

President Biden announces his intent to appoint the following individuals to serve as members on the board:

Chris Paul is currently a student at Winston-Salem State University.

Chris Paul appointed to HBCU advisory board by President Biden