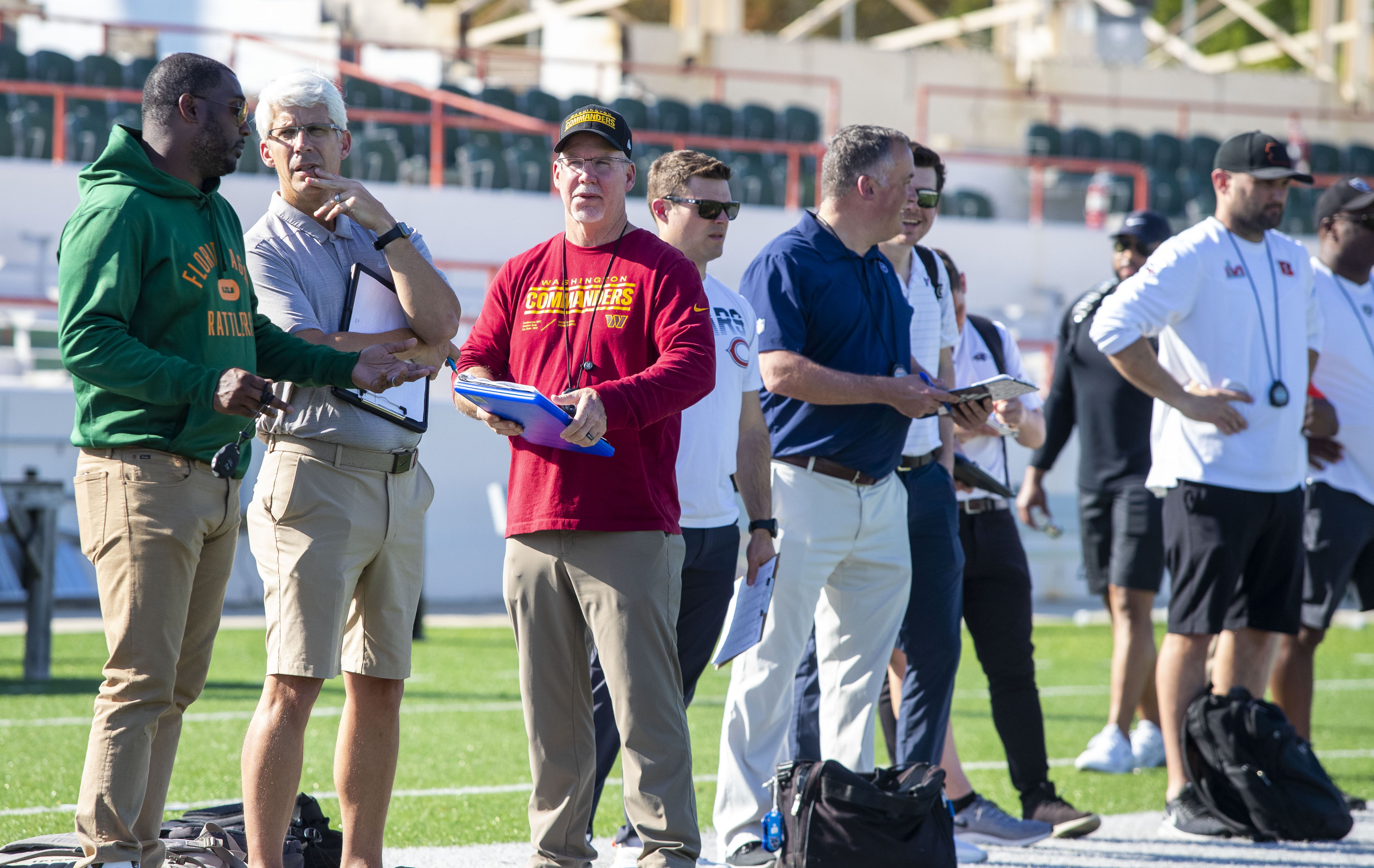 FAMU held its pro day on Monday and nearly every NFL franchise sent scouts. Some of them sent more than one.

If you didn’t look around, you might not have noticed that Bragg Memorial Stadium, home of FAMU football, is under phase two of its renovation. That’s because the buzz brought about for Pro Day drowned out the drills, saws and welding equipment. An empty West side of the stadium created shadows on the field as the construction company prepares the brand new bleachers for the 2022 season.

FAMU head coach Willie Simmons faced criticism just a few years ago when its pro day attempt didn’t go as planned. This year, he rebounded with possibly the largest contingent of professional scouts in FAMU’s history.  Not since NCAA record-breaker Leroy Vann participated in Pro Day in 2010 has FAMU’s Pro Day exhibition seen a virtual swarm of scouts in Tallahassee to evaluate athletes for potential NFL Draft positions and free agent offers.

“I’m excited about Pro Day,” Simmons said. “It was a beautiful day with 30 of 32 NFL teams here to watch our men showcase their abilities and talents and our entire team got to see what’s possible if you continue to work hard.”

Not only was over 90 percent of the NFL teams represented, some teams, like the Pittsburgh Steelers, had more than one scout at the event, accelerating the number of people poking, prodding and evaluating the players in every way imaginable.  There were even representatives from the Canadian Football League present for Pro Day.

The top player many of the scouts wanted to see in person was Markquese Bell.  Bell has distinguished himself as a draftable athlete, coming off a 4.41 time in the 40-yard dash at the NFL Combine in Indianapolis.  Bell is a lengthy athlete with a great vertical and aggressive tackling when he approaches a ball carrier.  The University of Maryland transfer made All-American on virtually every reputable list and is on target to become FAMU’s first player drafted since linebacker Brandon Hepburn was selected by the Detroit Lions in 2013.

Bell has a strong feeling about the position he may be able to champion from his position as a possible HBCU draft pick.  “It feels amazing.  We’re bringing a change to HBCUs,” Bell said. “They aren’t overlooking us anymore.  To be a part of that is amazing.”

Another player that was high on the scouts’ radar was defensive lineman Savion Williams.  Though Williams played an abbreviated season for FAMU, missing the first four games, he would make All-SWAC and be an impact player for the Rattlers.  The University of Tennessee transfer has the quickness that left several offensive linemen in their stances as he passed by them on his way to the backfield.  Several scouts took interest in him and had him to do some additional drills.

Antwan Collier and Keenan Forbes were also being tested.  Collier had a solid season for FAMU and Forbes has been an All-American for the last two seasons.  He has the distinction of making All-MEAC and All-SWAC as FAMU moved conferences.  Several other FAMU seniors had the opportunity to work out at Pro Day and endeavor to attain an opportunity to play professional football in the NFL.

“It was a really, really amazing day and I’m proud of the performances of some of our guys,” Simmons concluded.