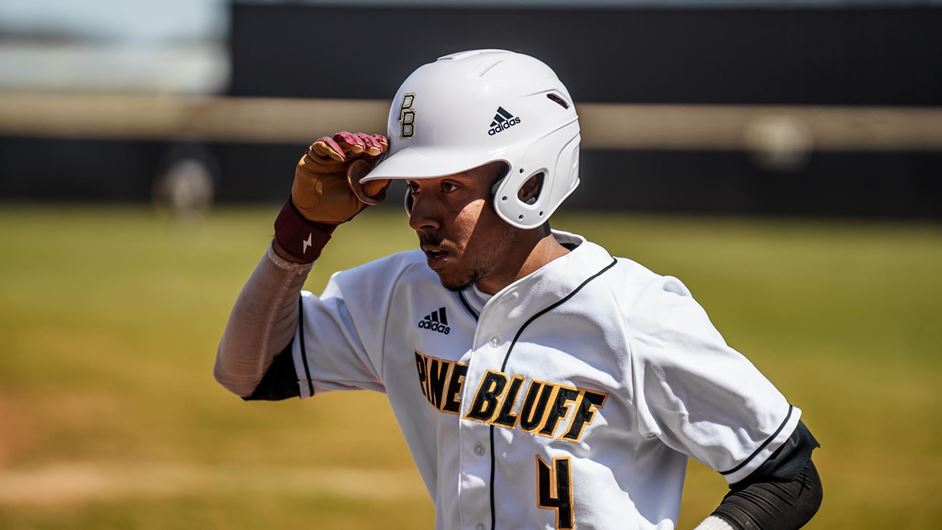 UAPB ties up the series with Texas Southern with a big bat day in Houston.

HOUSTON, Texas —Senior Kacy Higgins and sophomore Conner James each collected four hits to help power the University of Arkansas at Pine Bluff Golden Lions past Texas Southern Tigers 15-5 on Saturday at MacGregor Park to tie the series at 1-1.

Sophomore Damon Elarton (2-2) got the win for UAPB. The right-hander went six innings, giving up four runs, three earned, on six hits, allowing two walks and striking out four. Junior Andre Greene started the ballgame and went one shutout inning while allowing one hit, walking none and striking out one.

In addition to his four hits, James had a triple, two home runs and three RBIs to lead the Golden Lions. Higgins added a double, a walk and an RBI to his four-hit performance as well. Junior Timothy Martin also chipped in for UAPB, putting together one hit in four trips to the plate while adding a home run, a walk and three RBIs.

The Tigers then tied the ballgame at one before the Golden Lions came back to reclaim their advantage in the third inning. UAPB picked up a run on sophomore Lawrence Noble’s one-out solo home run off of sophomore Josiah Castro, which brought the score to 2-1 in favor of the Golden Lions.

UAPB’s lead had disappeared once the fifth inning arrived and turned into a 3-2 Texas Southern advantage, when the Golden Lions re-gained control at 6-3. The Golden Lions hit two home runs in the inning on the way to scoring four runs.

The Tigers gained ground, closing the gap to 6-4 until UAPB added some insurance in the seventh. The Golden Lions scored five runs in the inning, highlighted by a three-run home run off the bat of Martin and a two-run double from sophomore Edwin DeLaCruz, bringing the UAPB advantage to 11-4.

Texas Southern got within 11-5 until the Golden Lions scored again in the eighth inning to stretch its lead to 15-5. The UAPB offense piled up four runs, highlighted by a two-run double off the bat of Greene. The score remained 15-5 for the rest of the game, as the Golden Lions coasted to the win.