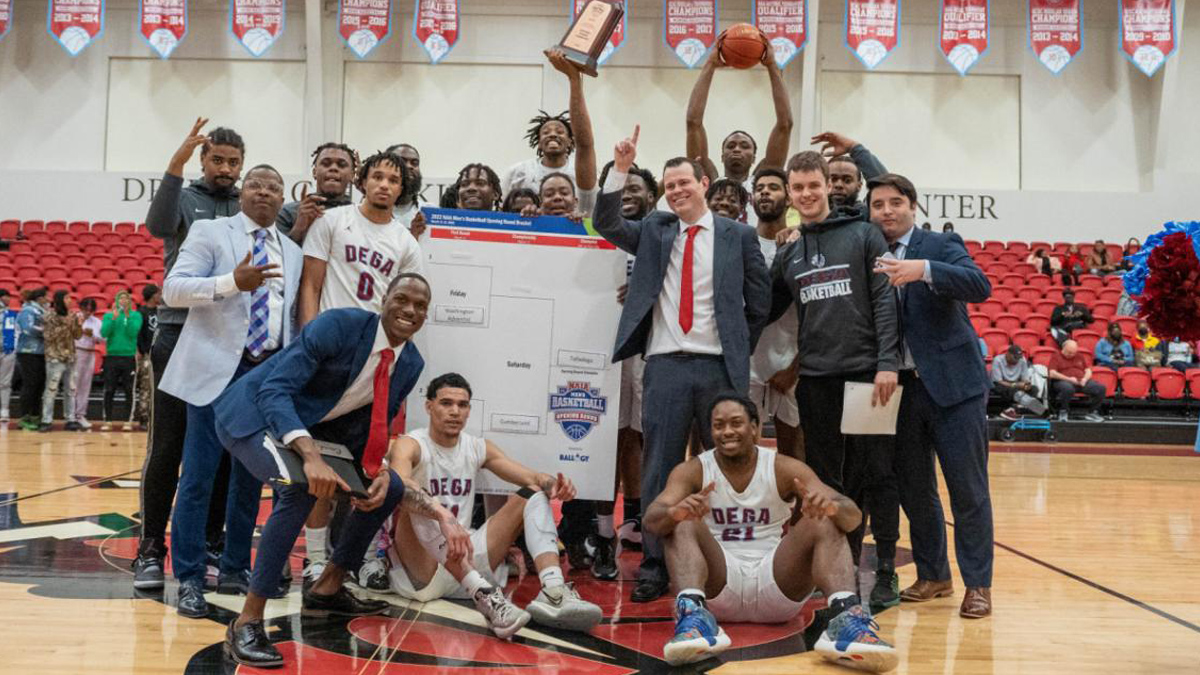 Talladega College repping for HBCUs in the NAIA Tournament

Talladega College took care of business on Friday against the University of Jamestown to advance in the NAIA quarterfinals.

There are no more HBCUs playing men’s basketball in the NCAA Tournament, but there is one in the NAIA Tournament.

Talladega College knocked off the University of Jamestown in a 67-56 in the Sweet Sixteen of the NAIA Men’s Basketball National Championship Friday night at Municipal Auditorium in Kansas City, MO.

Talledega came in leading the NAIA in fewest points per game allowed at 58.1 and did even better after allowing Jamestown to score the first seven points of the game.

Talladega took its first lead of the half on a three-pointer to break a 15-15 tie, then the teams would trade the lead until back-to-back baskets by Devon Schultz (SR/Arlington, MN) and Walters gave the Jimmies a three-point lead. With UJ ahead 25-23 and the clock nearing zero, Markel Williams made a long-range three-pointer to put the Tornados in front by a point at the break.

Talladega turned the ball over just six times the entire game and got to the free throw line consistently, hitting 17 of 23 from the line.

Cam Potts led the way for TC with a game-high 21 points and four assists, scoring 14 in the first half. Daryl Baker had 13 points, 11 of them coming in the second half. Amir Yusuf added 12 points (10 in the second half) and nine rebounds.

Talledega College is now 30-5 and the HBCU will advance to the quarterfinals of the NAIA Tournament.

Talladega College repping for HBCUs in the NAIA Tournament