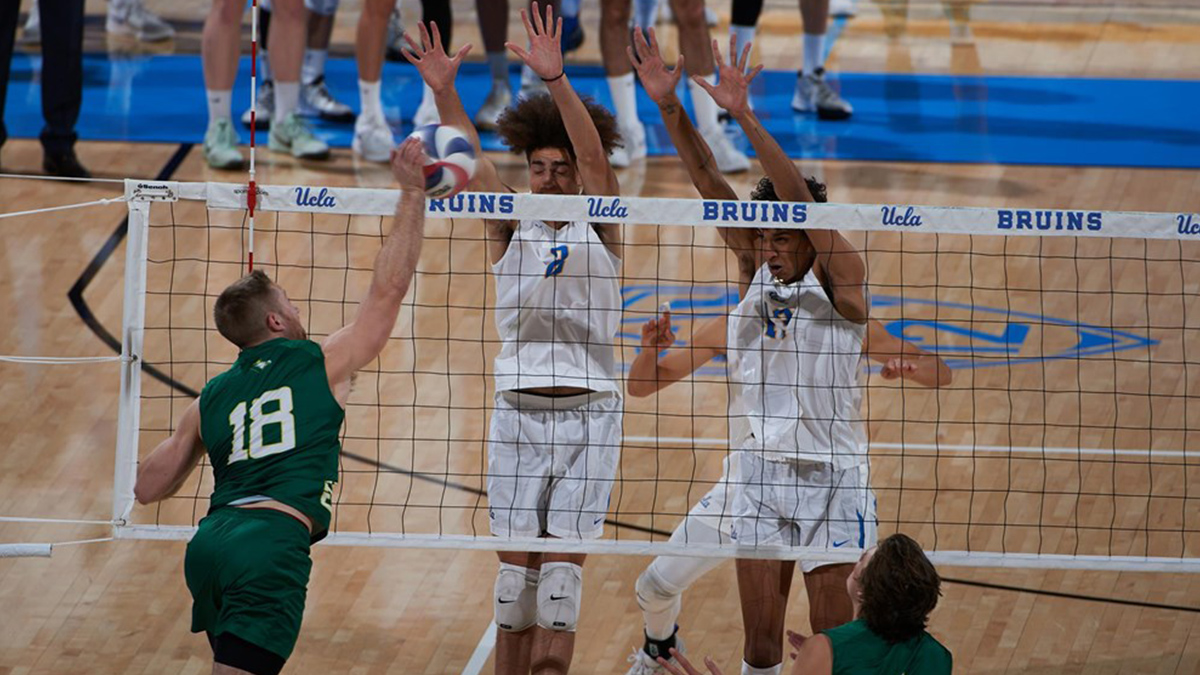 Two HBCUs from the SIAC will host UCLA in men’s volleyball matchups as they look to build forward.

The inaugural season of men’s volleyball for one HBCU league will include a trip from the UCLA volleyball team.

UCLA will face off against Morehouse College on March 25 in Atlanta and then Fort Valley State University will host UCLA on Saturday, March 26. FVSU and UCLA will do battle on the HPE Arena court at 6 p.m. The two programs also announce a joint session of Serve/Pass as the teams will have a volleyball clinic from 1 – 3 p.m. for the Big Brother/Big Sister organization of Peach County.

Morehouse and FVSU are two of six schools in the SIAC that are participating in the inaugural season of men’s volleyball this academic year. The others are: Benedict College, Central State University, Edward Waters University, and Kentucky State. Those six institutions will compete for a league crown in April — the SIAC’s 15th championship sport.

UCLA has a well-established men’s volleyball program that is currently 13-3 overall. So far it has competed against schools such as Penn State and Ohio State as well as West Coast competitions like Stanford and Pepperdine.

The SIAC’s foray into men’s volleyball has been aided by a grant from USA Volleyball and First Point Volleyball Foundation. The grant was first announced in 2019 and was set to start in the 2020-2021 season but had to be pushed back due to the pandemic.

“USA Volleyball is proud to be supporting this SIAC initiative to bring men’s varsity volleyball programs to six HBCU schools,” Jamie Davis of USA Volleyball said at the time. “As the National Governing Body for volleyball, we strive to increase the diversity and inclusion in our sport. I applaud the leadership and vision being shown by Commissioner Moore and all six of the schools’ presidents and athletic directors which will surely increase the participation of African American men playing volleyball and lead to new athletic and academic opportunities for young boys. This program will serve as a new Path to the Podium for these men to potentially join our national teams and represent Team USA across the globe.”

Benedict currently has the best overall record amongst the SIAC schools at 3-10 while Central State sits atop the conference marks at 2-0.