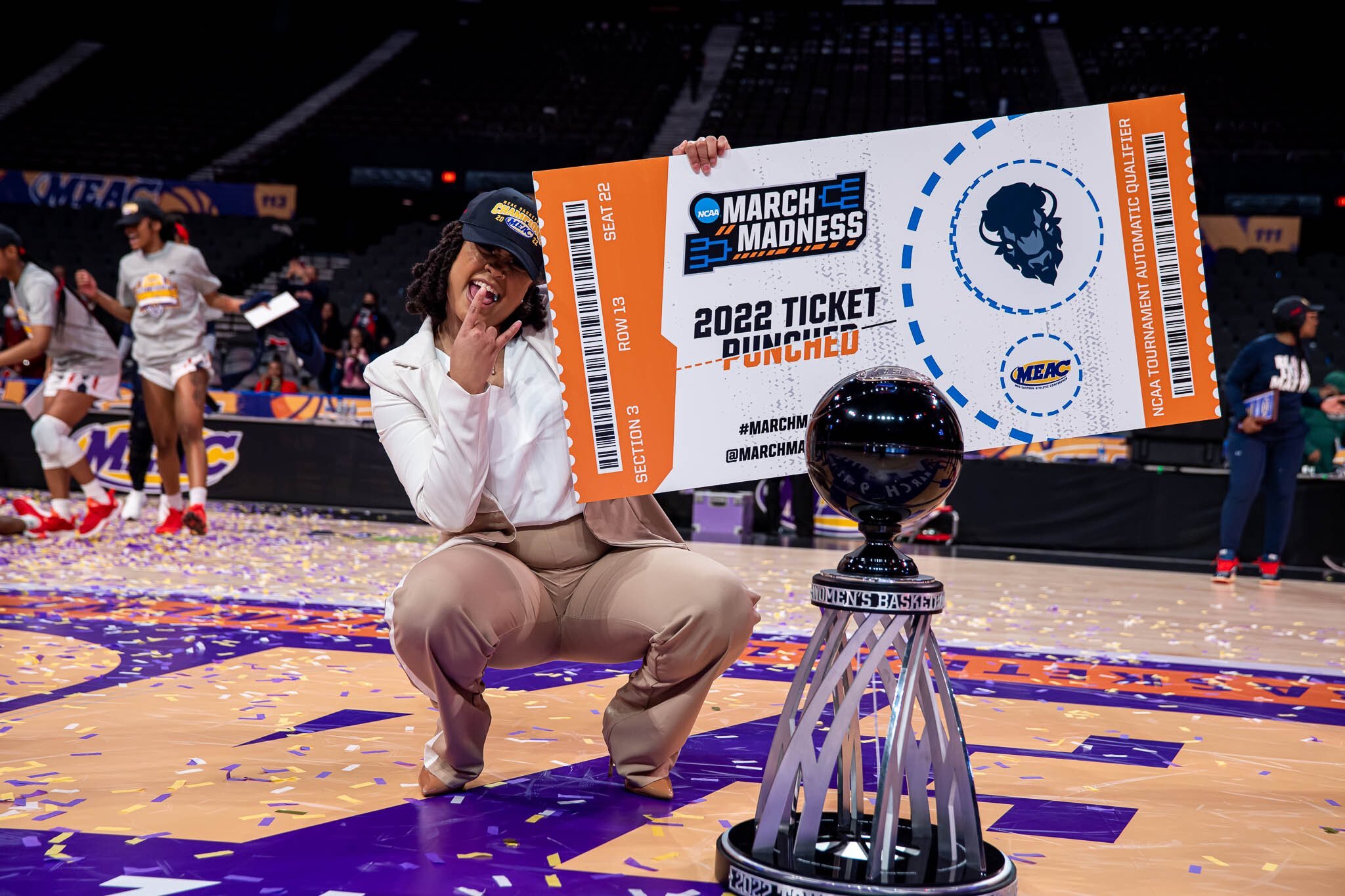 Wilson is an assistant coach on the Howard University women’s basketball team which earned an automatic bid to the 2022 Division I NCAA Tournament. The Bison gained a spot in the tournament by beating Norfolk State 61-44 in the MEAC Championship Game on Saturday, March 12.

“I am truly blessed to be able to be a part of something great,” said Wilson, a Prince Georges County, Md., native. “It feels so unreal, especially since Howard Women’s Basketball Program hasn’t won a conference title since 2001. Being a part of this hits different for me because I’m able to contribute to a program that I saw growing up as a little girl.”

Howard faced Incarnate Word in the First Four Round on Wednesday, March 16, in Columbia, S.C., at 7 p.m. The contest between the No. 16 seeds was televised live on ESPNU. Howard held on to win the game and takes on overall top seed South Carolina on Friday, March 18, in Columbia, S.C., at 2 p.m.This is Wilson’s first season with the Bison. She is also the team’s recruiting coordinator.

Before embarking on a coaching career, Wilson graduated from Saint Augustine’s University in 2015. A sport management major, Wilson lettered three seasons at SAU as a starting guard and was named to the All-CIAA Rookie Team as a freshman. As a junior, Wilson averaged 10.9 points, 5.1 rebounds and 1.4 steals per game.