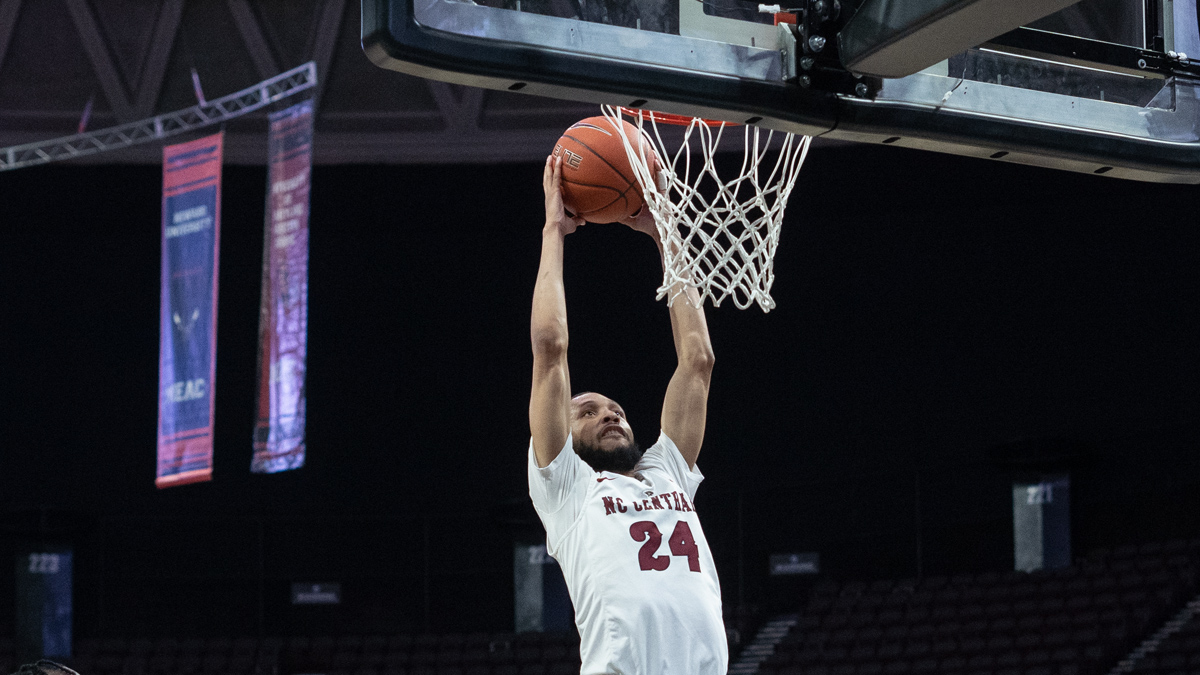 North Carolina Central took care of business in its MEAC Tournament opener, but has a big matchup in the semis.

NORFOLK, VA — Playing on a Friday night at the MEAC Tournament used to be almost a given for North Carolina Central. Thursday night’s 68-56 win over Maryland-Eastern Shore put it back in the semifinals where it will take on Coppin State on Friday night.

But NCCU head coach LeVelle Moton is dealing with a group of players that don’t have that track record of success.

One player that has been a part of that success is Nick Fennell. Fennell led NCCU in scoring on Thursday with 15 points, hitting all five of his field goal attempts, and grabbed seven rebounds.

On the other end of the spectrum is Justin Wright. The All-MEAC guard was a freshman on last season’s NCCU team that endured a COVID-19 laden regular season and an embarrassing early exit at the hands of Norfolk State in the MEAC Tournament quarterfinals in 2020. He scored 14 points on Thursday night and admitted that last year’s loss was on his mind as he prepared for the UMES game — and even before that.

“Honestly, that’s been on my mind for a whole year now — since it happened,” Wright said after the win. “That’s pushed me to be in the gym every day and just come back this season a new man.

Standing between NCCU and another MEAC title game appearance is Coppin State. NCCU swept the season series between the two but both games came down to the final possession.

As for Wright, he’s looking forward to the challenge of playing CSU — specifically matching up with another talented young guard in Nendah Tarke.

“We kind of have similar games, he’s just left-handed so it’s always a joy to play against him and Coppin State.”

Wright’s head coach isn’t quite ready to call it a ‘joy.’

“Their style of play is completely different in how they defend. They ice and down everything. And it can really —  if you’re not careful, and if you let it — you can really let it get in your mind and play with your mind,” Moton said. “So we have to go back and put a great game plan in place. They have the point guard back now, really confident in what they’re doing. So we got to devise a game plan and we’re going to have to play a lot better than we did tonight to come out with a victory.”

NC Central and Coppin State are set to square off at 8 P.M. on ESPN Plus.