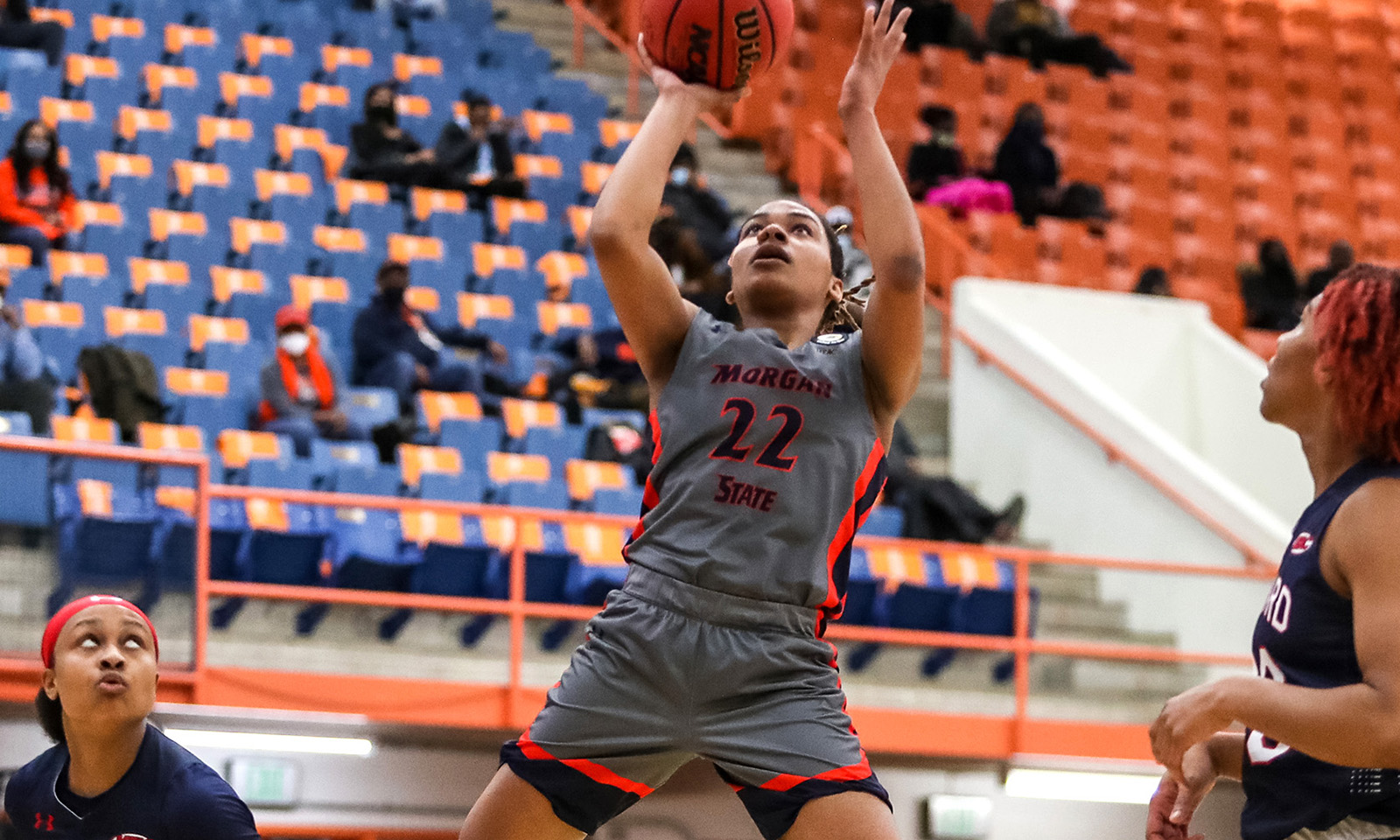 Morgan State used a big second quarter to push them to a 66-53 win over sixth-seeded South Carolina State at the MEAC Tourney.

Ja’Niah Henson had 13 points to lead the Lady Bears, who also got 12 points each from Charlene Shepherd and Jayla Atmore. Ashia McCalla had nine rebounds to lead Morgan on the boards and also contributed nine points in the win, the third of the season over the Lady Bulldogs.

The Lady Bears, who improved to 18-7, will play in Friday’s 2 p.m. semifinal against No. 2 Norfolk State.

Meanwhile, S.C. State ended its MEAC Tourney campaign at 4-25. Three of the losses came against the Lady Bears, one of three teams to tie for the MEAC regular-season title with 11-3 league marks.

The Lady Bulldogs were led by junior Jayah Hicks with 16 points on 6-for-12 shooting from the field, including a 2-for-5 effort from beyond the arc. Hicks was also S.C. State’s top rebounder with eight, tying McCalla for game honors on the boards.

Morgan State led just 13-10 after one quarter, but outscored SC State 17-8 in the second half to take a 30-18 lead to the locker room.  The MEAC co-champion began the third quarter with a 13-3 run to build a 43-21 advantage on two free throws by Henson and was ahead 42-33 after three periods.

Morgan maintained its big lead early in the final period and was ahead 65-44 before S.C. State made a run, mostly against Lady Bear reserves, scoring nine of the game’s final 10 points to make the final 66-53.

During the run, Morgan State head coach Ed Davis, called a timeout and re-inserted his starters in the contest to stem the S.C. State run.

“I thought we got a little lackadaisical and S.C. State, which had played hard all game, got its offense going and cut into the lead,” Davis said. “We had some people in there that didn’t have a lot of experience and we lost our way a bit.

“But, I’m proud of my girls and extremely proud that we won the game. But, we still have some things we need to work on if we are to advance in the tournament.”

Interim Lady Bulldog head coach Ervin Monier also gave kudos to his team, one of the youngest in SC State history, with nine freshmen and two transfers on its 15-person roster.

“I thought we played good basketball in spurts but just like most of the year, we let a quarter get away from us and that happened today,” Monier said. “In the second quarter, we were hampered by turnovers and got stagnant on offense and Morgan State capitalized with a big quarter.

“But, we never gave up and showed determination until the end. Even when down 17 and when down 21, we kept fighting. We have a few problems but there are solutions for our problems and that is something we will address during the offseason.”