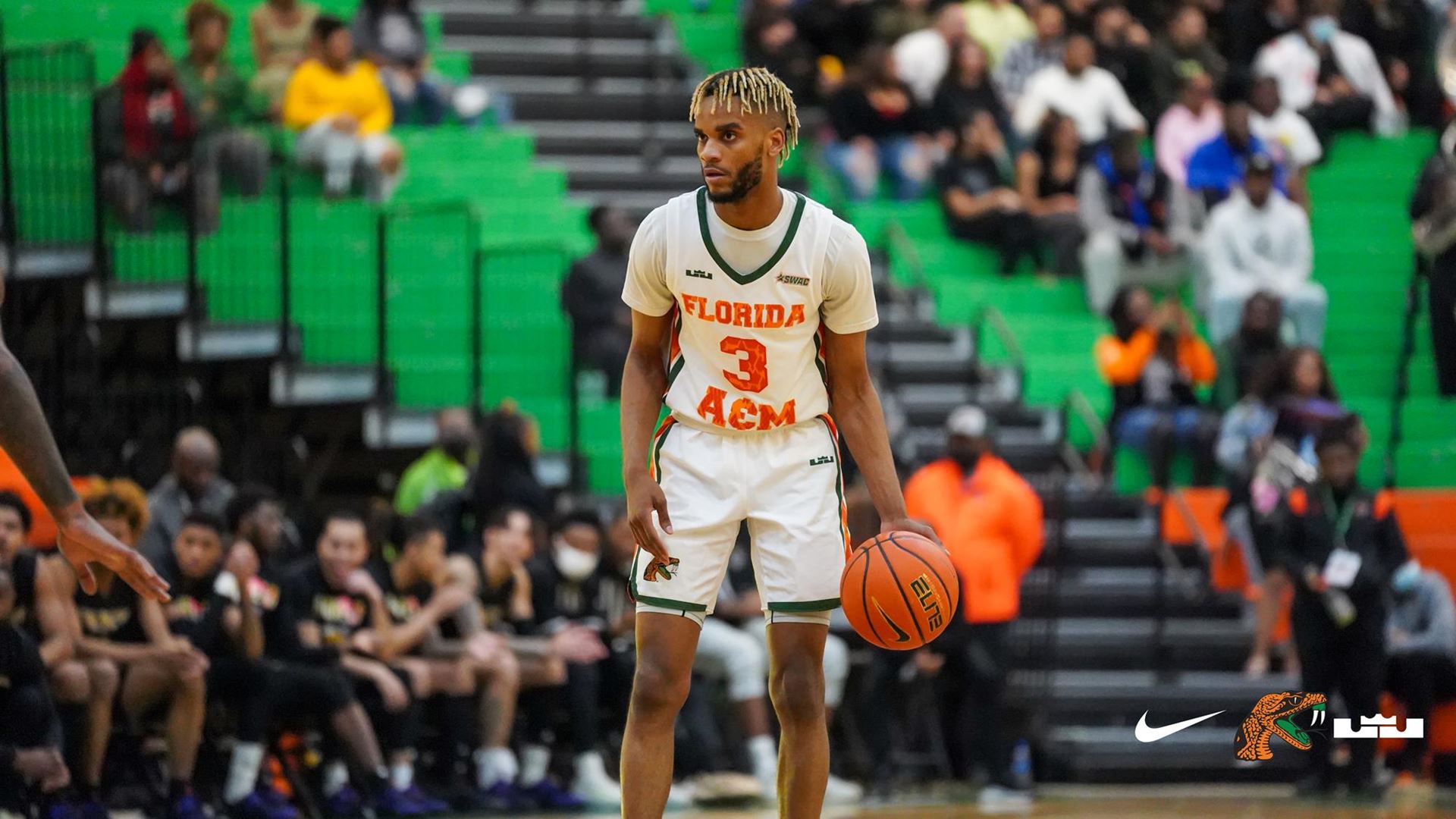 FAMU won their second straight at home in an overtime thriller against Bama State.

TALLAHASSEE, Fla. –  The FAMU Rattlers men’s basketball team won their second straight at Al Lawson, and it took overtime to get it done. At the end of regulation, Alabama State’s Gerald Liddell hit two free throws with 11.9 seconds remaining to tie the game at 74 apiece. The Rattlers held their own in OT to defeat the Hornets 86-83 to improve their record in the conference to 9-5.

The two teams traded baskets throughout the first half with neither able to grab more than a three-point lead until the last five minutes of action. After a basket gave Alabama State a 24-22 lead, Florida A&M was able to get some separation over the last five minutes. The Rattlers went on a 9-0 run to take and extend the lead to the biggest at the time at seven, 31-24 with 2:46 to play in the half.

Alabama State came out hot in the second half, getting to within a pair at 18:43 on back-to-back baskets. However, Florida A&M used a mini run to push the lead back to seven. The Hornets continued to work in the second half getting the lead down to one possession including following a dunk by O’Neal with 16:32 to play in the contest.

The Rattlers started to pull away late in the second half when Kamron Reaves hit a 3-pointer to keep Florida A&M ahead 69-61 with 4:54 remaining in regulation. The Hornets kept it interesting down the stretch but fell short in the extra period.

The Rattlers look to extend their home winning streak when they take on Alabama A&M at 7:30 p.m. on Monday, while Alabama State heads south Daytona Beach (Fla.) for a nationally televised contest against Bethune-Cookman on Monday night. The game tips at 9 pm/8 pm (CT) on ESPNU.