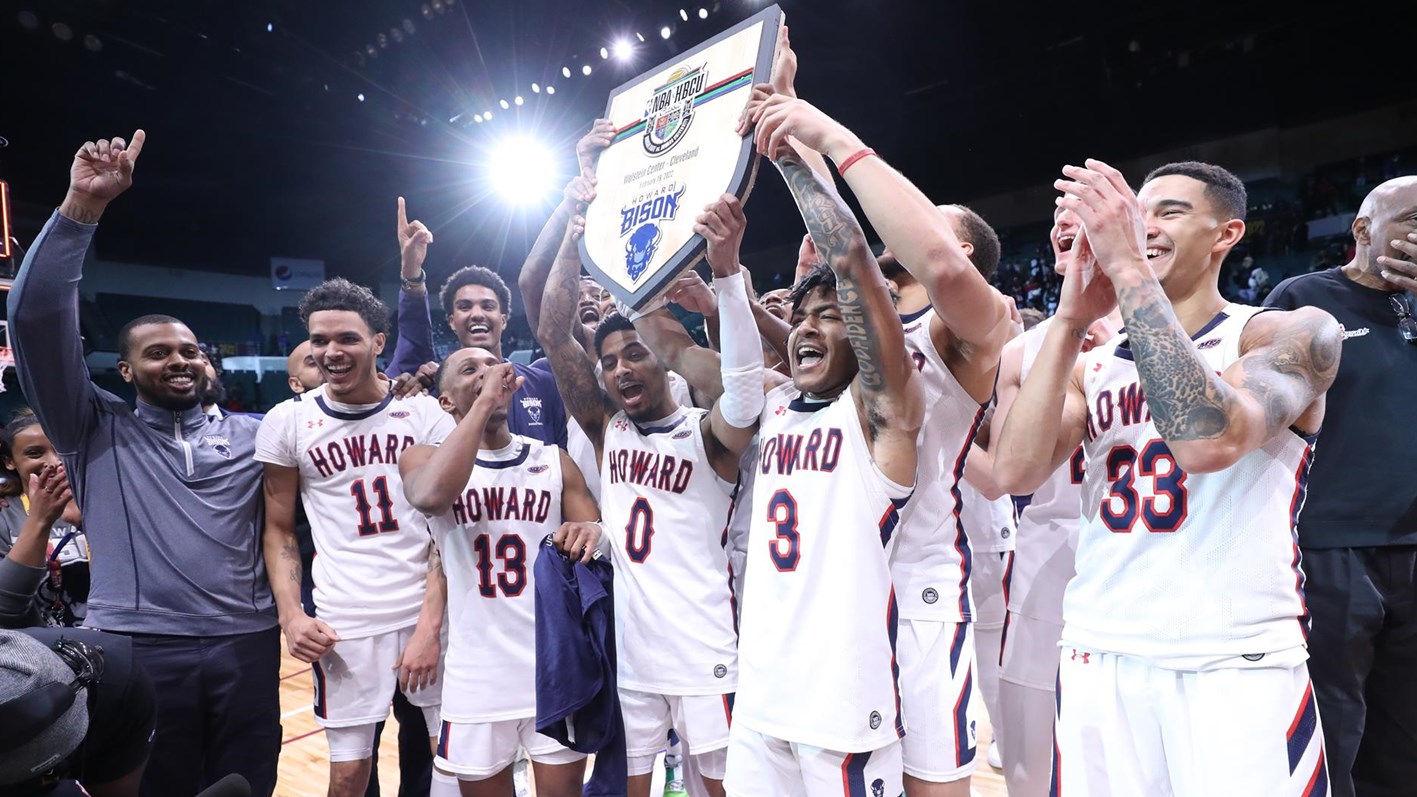 After a rough first half, Howard University rebounded in a big way to win the inaugural NBA HBCU Classic over rival Morgan State.

Howard trailed at the half, 37-29, after committing 17 first half turnovers. In the second period, HU limited the mistakes to only three.

“We did a better job in taking care of the basketball in the second half,” said Howard men’s basketball head coach Kenneth Blakeney during the postgame press conference. “Also, we didn’t utilize the free throw line in the first half. We took a lot of jump shots that didn’t put the pressure on them, defensively. We’ve done a great job of getting to the foul line in the last six games.”

Graduate Kyle Foster (Hampton, Va.) led the Bison attack, finishing with a team-leading 18 points on 10-of-15 shooting at the foul line.

Moments after intermission, MSU’s Chad Venning made a layup and gave the Bears their largest lead, 41-29, but HU refused to go away.

Howard gradually chipped away at the deficit and took the lead, thanks to a pair of freebies from redshirt sophomore Steve Settle, III (Glenarden, Md.), 57-56, with less than six minutes remaining.

Both clubs went back-and-forth down the stretch, being deadlocked at 65 with under a minute left.

Foster connected on a pair of free throws and put the Bison ahead, 67-65, with 30 ticks remaining.

Next possession, Morgan State’s De’Torrion Ware went for the go-ahead three, but missed. Foster sealed the deal with clutch freebies.

Ware ended the afternoon with 19 points to lead Morgan State.

“I’m really happy to come here and have the opportunity to be part of this,” Blakeney added. “We’re very grateful to play in such a marvelous event. Thank you to the NBA and all the corporate sponsors.”

Monday (Feb. 21), Howard takes on Coppin State in Washington D.C. Tipoff is set for 7 p.m. inside Burr Gymnasium on ESPNU.