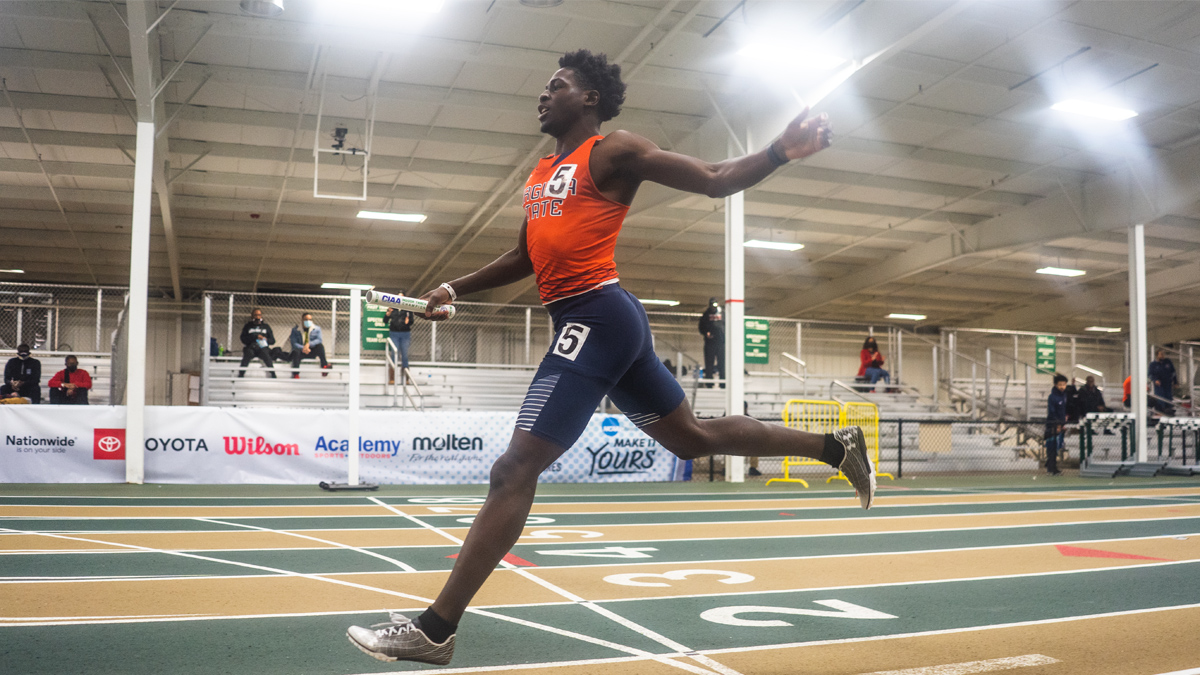 WINSTON-SALEM, NC – The Virginia State men’s indoor track and field team are the outright Champions of the CIAA as they dethrone St. Augustine’s, who have won the conference championship every year dating back to the 1997-1998 season. The freshman sensation in, Jalen Brownlee posted three personal best along with three first place finishes while being named the Most Outstanding Player of the Meet on the men’s side.


60 Meters
Jaelan Black got off to a good start after placing ninth in the preliminaries with a 7.12. Christian Randolph finished 16th after posting a 7.25.

200 Meters
After winning his heat, Jaelen Black finished third overall in the preliminaries as he posted a 22.64. Tariq Garrison could not have finished any closer to making it to the finals as he fell short by .1 finishing in 23.00, which was a personal best yet placed him ninth. Christian Randolphfinished 18th with his 23.59.

400 Meters
Joel Bowers won his heat and finished sixth overall after finishing his race in 51.23. Tariq Garrison won his heat as well as he was able to finish right behind his teammate in seventh place in the preliminaries. Dacarai Clark was able to cross the finish line in 51.97, which placed him 12th while Bryce Jordan came in 14th place with his 52.20 finish. In the finals, Joel Bowers placed just short of the podium in fourth place with his 50.62. In seventh place, came Tariq Garrison who finished in 52.71.

800 Meters
Jalen Brownlee posted his first of three first-place finishes of the day as he won his heat and placed second overall in the preliminaries after finishing in 2:02.66. Elijah Johnson was able to qualify for the finals as he finished in 2:06.53, which placed him seventh. Darrell Dyson, II posted a 2:11.19 which placed him 13th. Brownlee went on to set a new personal record and place first in the finals with a 1:57.45. Johnson would go on to earn his first of three personal bests on the day as he finished in 2:06.38, which, placed him seventh in the finals. Brownlee would start his reign of terror against conference foes as his 1:57.45 earned him a new personal best and a first-place finish in the finals.

High Jump
Shaukeeme Watson tied for second place with his best jump being 1.88 meters. Joseph Briscoe and Emmanuel Oguntoye tied for ninth with a 1.78-meter jump, which was a personal best for Oguntoye.

Triple Jump
Emmanuel Oguntoye become the CIAA Triple Jump Champion after posting a 14.16 on his first jump before declining the rest of his jumps due to injury.