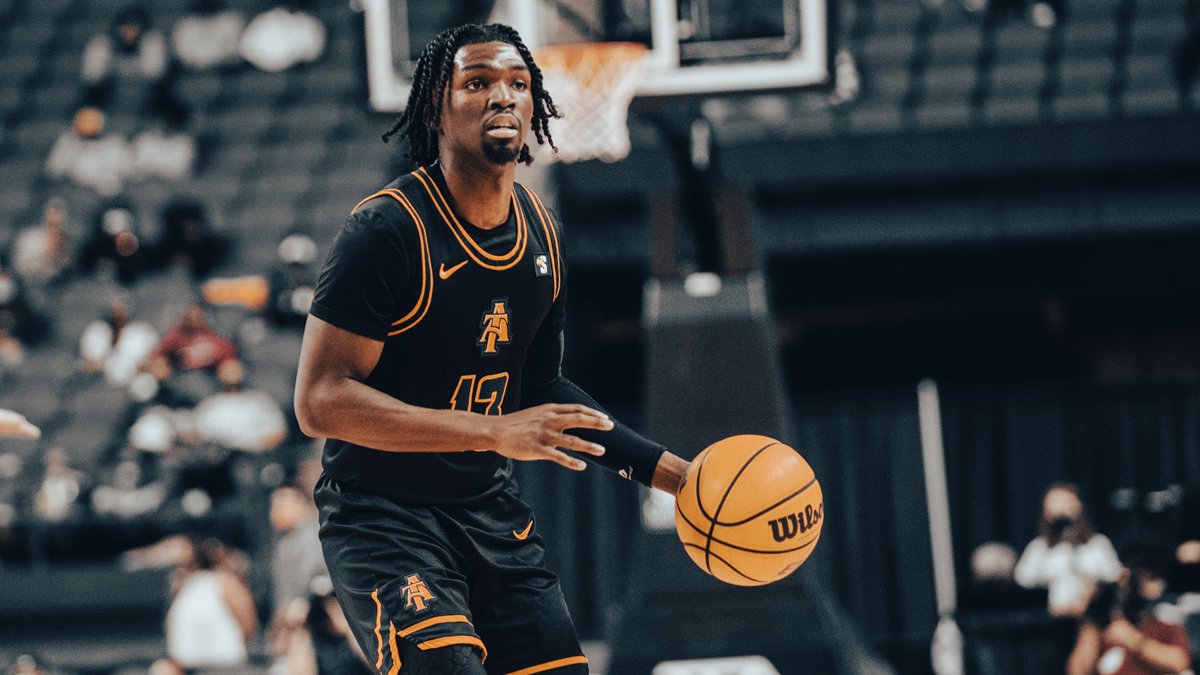 Redshirt-senior Kameron Langley has been named Player of The Week by the Big South Conference on Monday.

Langley led the Aggies to two wins last week, including a victory over Longwood, the Big South’s lone undefeated team, before Saturday at 10-0 in conference play. A&T also earned a win over Charleston Southern last week.

“THE Kam Langley has arrived,” said A&T coach Will Jones. “We spoke after the Upstate game and cleared up some things. Ever since he has been playing like I know, he can, and that’s a great thing for us. I am happy for his award, and I am also happy that we are starting to play better down the stretch.”

Against Charleston Southern, he scored a team-high 13 points, adding five steals to his line. It was his 10th-career game with five-plus steals. They were timely, too, as his fifth swipe turned into a transition layup for teammate David Beatty to give A&T a six-point lead with under two minutes to play, all but putting the Buccaneers to bed.

However, his best game came against the No. 1 team in the conference in Longwood. Langley, who is known best for his court vision, passing ability and on-ball defense, won the game for the Aggies with different skills such as 3-point shooting and free throws.

The graduate shot a career-best 8-for-8 from the free throw line, seven of which came in the final 20 minutes as he posted 12 second-half points. Langley scored a season-high 17 points against the Lancers, none bigger than his deep 3-point bomb with the shot clock ticking down to zero with under 90 seconds to play, giving the Aggies a six-point lead.

He also corralled five rebounds and dished out five assists against the Lancers, as well as swiping two more steals. Langley leads the conference in assists (117) and is tied for fourth in steals (38).

Kameron Langley received his first-ever conference weekly honor from the Big South. He earned player of the week recognition twice when A&T was a Mid-Eastern Athletic Conference (MEAC) member.