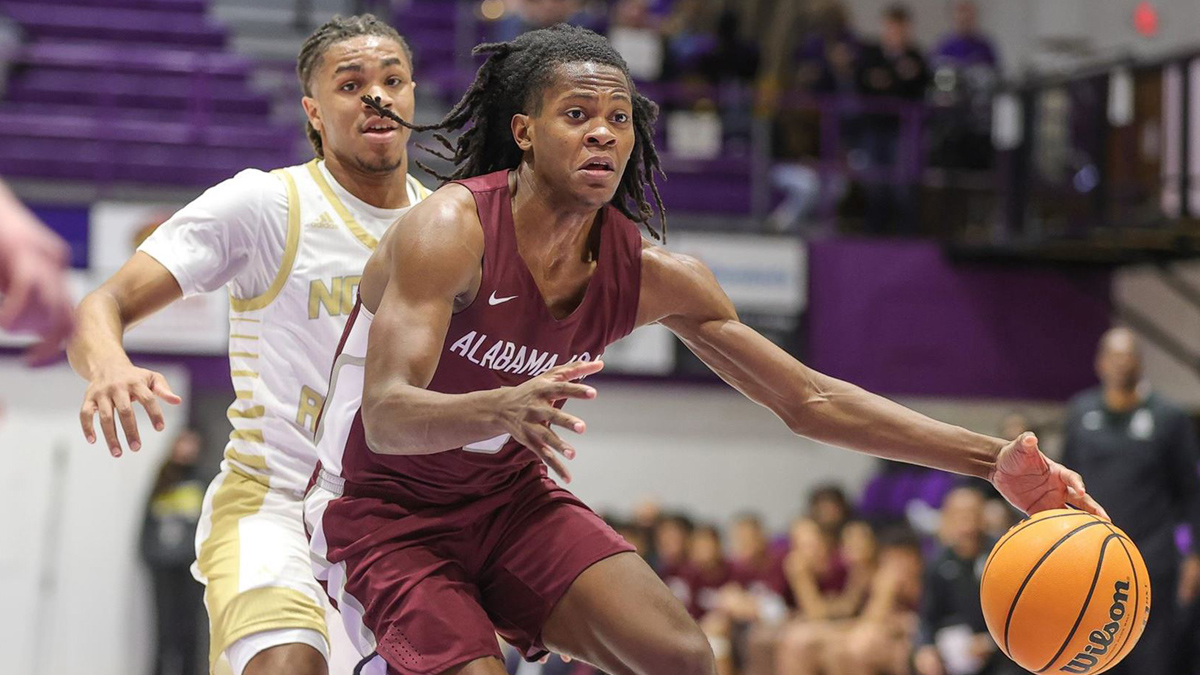 AAMU came away with a 94-92 win after 40 minutes of regulation and 20 more of overtime over MVSU.

Alabama A&M led 61-58 with 10 seconds left in the second half before Caleb Hunter hit a 3-point shot to tie the game at 61-61 and force the first overtime. Hunter hit another 3-pointer late in the OT, but AAMU’s Daily Smith responded with one of his own and the two squads went into overtime no. 2 tied at 68.

Overtime no. 3 was forced when Valley’s David McKoy hit a layup to tie the game at 79. Valley would take a six point lead in the first two minutes of that overtime only to have AAMU come back and force the quadruple overtime.

With just ten seconds left and the game tied at 92, it looked headed for a fifth overtime before Brandon Powell banked in a jumper from the foul line to ultimately end the contest.

Devin Gordon led MVSU with 21 points and four rebounds with Gary Grant following with 16 points, 16 boards and eight assists. Terry Collins added 16 points, five rebounds and two while Caleb Hunter finished with 13 points and four boards to round out the top performers in a game that people will be talking about for a long time.