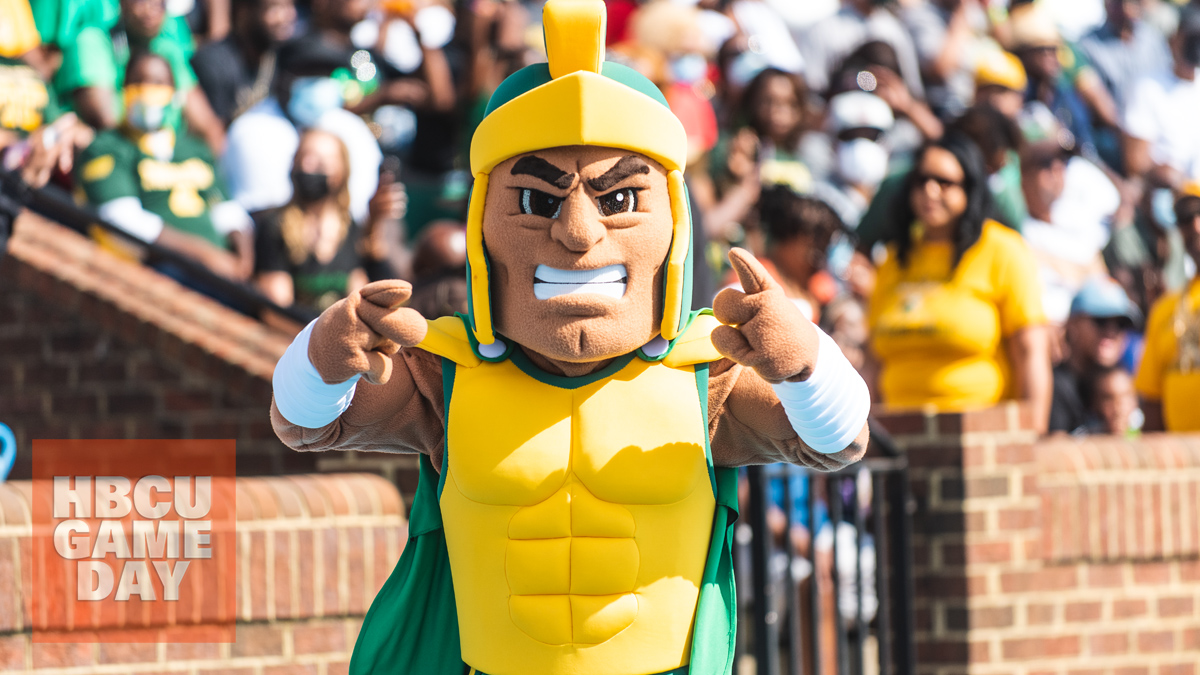 Those 14 join six new Spartans who signed with Norfolk State in December’s early period to give Odums a class of 20 new student-athletes thus far.

“We continued to fulfill that needs that we had this offseason,” Odums said. “We were able to add some good talent at running back with two of the better players in Hampton Roads signing today plus some more size on the line and length on defense. Combined with our December signees, we’ve put together a good class so far, but we still have some pieces to add. There’s still a lot of players out there without homes, so we’ll continue to recruit and get ready for the 2022 season.”

Below are the Spartans’ signees as of Wednesday, with more information on each:

Frank Boyd, RB, 5-11, 200, Chesterfield, Va./Manchester HS
High School: Spent five seasons at Liberty and has one year remaining … Played in a total of 12 games over his tenure at Liberty … Saw time in eight games in 2018, rushing 42 times for 228 yards and three touchdowns … Named conference player of the year, first-team all-region and first-team all-state following his senior season at Manchester, where he rushed for 1,615 yards and 20 touchdowns.

Kevon King, RB, 6-0, 205, Chesapeake, Va./Oscar Smith HS
High School: Ran for 1,785 yards and 27 touchdowns while helping the Tigers to their second straight 6A state championship in the fall … Also caught 16 passes for 324 yards and five scores … All-Tidewater Player of the Year … Rushed for nearly 700 yards and 10 touchdowns in the playoffs, including 290 yards and three scores in the state championship win … First-team all-state and all-region.

Otto Kuhns, QB, 6-3, 205, Carroll, Ohio/Eastern Illinois/Bloom Carroll HS
High School: Appeared in 13 games and started 10 times over two seasons at Eastern Illinois … Passed for 1,134 yards with six touchdown passes and two rushing TDs in seven starts in 2021 … Threw for 509 yards and five touchdowns in EIU’s four-game spring 2021 season … Was a two-star recruit according to 247 Sports coming out of Bloom Carroll High … Named to the All-Ohio Team for three straight years … As a senior, passed for 1,795 yards and 14 touchdowns and rushed for 809 yards and 14 more scores … Was Area Offensive Player of the year for three straight years … Finished prep career with 5,410 passing yards, 2,119 rushing yards and 90 total touchdowns.

Jordin Lennon, RB, 5-10, 205, Yorktown, Va./York HS
High School: First-team all-region, All-Tidewater and all-state … Rushed for 2,150 yards and scored 31 total touchdowns – 29 rushing, one receiving and one on an interception return … Also wrestled all four years and played two years of soccer … Was second-team all-region in football and was a state meet qualifier in wrestling as a junior.

Lamar Robinson, OL, 6-4, 270, Lorton, Va./Hayfield Secondary HS
High School: Lettered three years in football and wrestling at Hayfield … Was first-team all-conference and all-region in football … Earned second-team all-conference honors in football as a junior … Was district wrestling champion and placed fifth in the region in his weight class as a junior.
Emile Sancho, CB, 6-0, 170, Ocala, Fla./Vanguard HS
High School: was a four-year letterwinner in football and two in track … Was first-team all-district as a senior, when he totaled 38 tackles and seven interceptions … was selected to the FACA All-Star Game … Was also first-team all-district as a junior, when he intercepted six passes.

Trevion Stevenson, DE, 6-4, 240, Hampton, Va./UNC/Phoebus HS
High School: Redshirted the 2021 season at North Carolina … Coming out of Phoebus, he was rated a three-star prospect and the nation’s No. 49 defensive end and the No. 11 player in Virginia according to ESPN Helped Phoebus to a 12-2 record, a league title and a berth in the third round of the playoffs his junior year … Posted 84 tackles, 16 sacks, 31 TFL and four forced fumbles.

Izayah Whiteside, QB 6-2, 180, Lexington, S.C./Irmo HS
High School: Set the new school passing record with 2,405 yards as a senior … Threw 23 touchdown passes and also rushed for 360 yards and 10 more touchdowns while leading Irmo to the third round of the state playoff … Was an all-state and all-region performer who carries a 4.0 GPA.

Grandin Willcox, K/P, 5-10, 200, Ocala, Fla./Vanguard HS
High School: Was successful on 12-of-15 field goals with a long of 51 yards as a senior en route to winning the John Williams Award for the best kicker in the 6A and 7A District … was also 43-of-46 on Pats as a senior … Played two years of football and was a four-year letterwinner in soccer.

Jaylen Williams, DE, 6-4, 240, Ocala, Fla./Vanguard HS
High School: Was a four-year letterwinner … Amassed 44 total tackles, including six sacks and 10 tackles for loss as a senior … Was team Defensive MVP as a junior.

Carson Wilt, K, 5-10, 175, Delray Beach, Fla./Atlantic HS
High School: Spent one season at Southern University (2021) but did not log any statistics … Was a Lou Groza Award finalist for the Palm Beach County Kicker of the Year award as a senior at Atlantic High … Was second-team All-State 7A as a senior and honorable mention all-state as a junior … Two-time first-team All-Palm Beach Count and second-team All Sun-Sentinel … Was given a 4.5-star rating by Kohls Kicking and FAB50 rank from Kornblue Kicking.