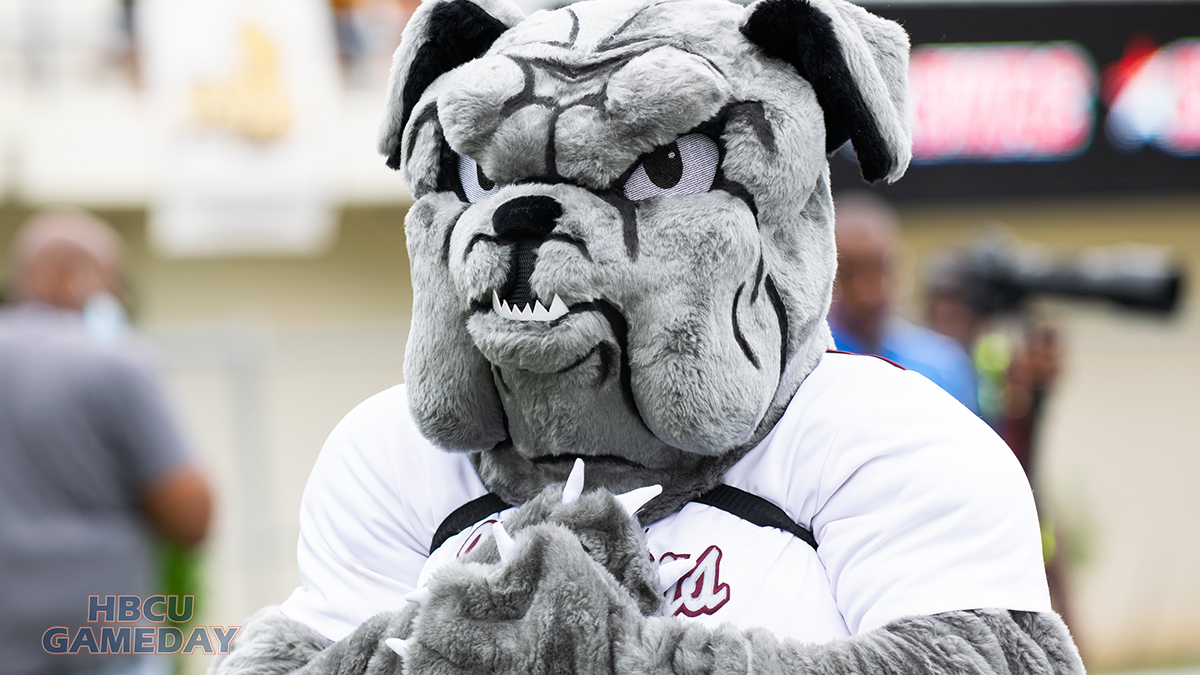 Alabama A&M has announced a 2022 football schedule featuring 11 games, including a pair of trips to FBS schools.

HUNTSVILLE, Ala. – Alabama A&M Athletics has announced a 2022 football schedule featuring 11 games that include a pair of trips to Football Championship Subdivision (FBS) schools and a first-time opponent as announced by the Department on Wednesday, February 2.

The Bulldogs will kick off the season on Thursday, September 1 when they travel just an hour and a half down the road to take on FBS member Alabama-Birmingham (9-4 C-USA) at State-of-the-Art Protective Life Stadium. It will be just the third meeting in program history and the first since 2017.

A&M will be right back on the road for their next game, this coming at Troy (5-7 SBC) on Saturday, September 10 in Troy, Alabama. The two teams will be playing for just the second time with the only other meeting coming on September 2, 2000 in Huntsville.

One week later fans will get to fill Louis Crews Stadium once again, this time as first-time opponent Austin Peay (6-5 OVC) visits on September 17. That game is slated for 6 p.m. The Bulldogs will then leave the State of Alabama for the first time all season on September 24 when they open up Southwestern Athletic Conference (SWAC) play at new rival Florida A&M (9-3, 7-1).

It will be a brief foray out of Alabama, however, as A&M returns home for a pair of games in back-to-back weeks, beginning with Homecoming against Bethune-Cookman (2-9, 2-6) on October 1. It will be only the second meeting since 1979 with the most recent being the first league matchup between the two this past fall, a game the Bulldogs won 30-27 in a driving rainstorm on September 16, 2021. Kickoff is slated for 2 p.m.

Alabama A&M will be right back at Louis Crews the following week to welcome Grambling (4-7, 3-5) back to Huntsville for the first time since November 10, 2018. Game time is on tap for 1 p.m. The Bulldogs will then head to Arkansas to take on Arkansas-Pine Bluff (2-9, 1-7) in a rematch of the Spring 2021 SWAC Championship on October 15.

Following an off week, A&M heads back to Birmingham, this time for the 81st Magic City Classic to take on rival Alabama State (5-6, 3-5). They will then spend the next two Saturday’s in the State of Mississippi as they head to Mississippi Valley State (4-7, 3-5) on November 5 and defending SWAC Champion Jackson State (11-2, 8-0) on November 12.

The Bulldogs will then wrap up the home season a week later as Texas Southern (2-8, 2-6) visits Louis Crews for a 1 p.m. kick. Two weeks later the champions of the East and West Division will meet in the SWAC Championship Game at the site of the team with the better league record with the winner earning not only the trophy but a trip to the Celebration Bowl later that month.