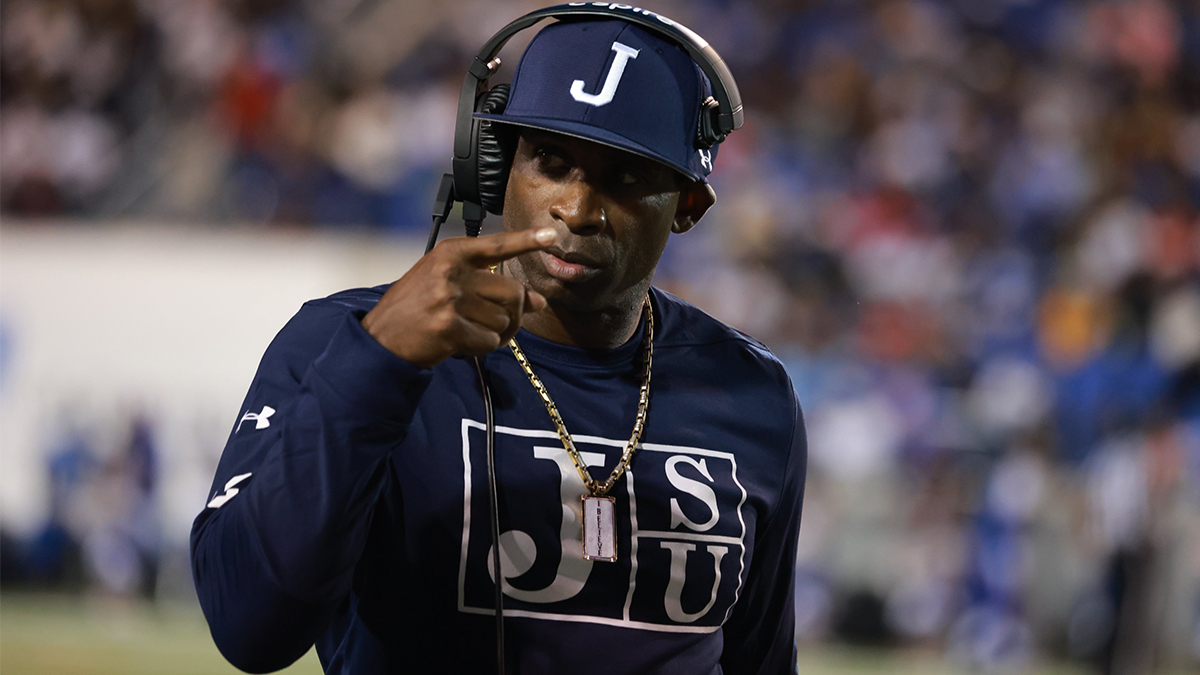 Deion Sanders back on his feet in public

The road to recovery looks brighter for the Jackson State head coach.

“Lord I’m just thankful that I’m actually taking a step and walking it like I talk it.” Those were the words of Jackson State head coach Deion Sanders who is slowly regaining the ability to walk unassisted.

Sanders released a video via Instagram on Friday that showed him wearing a shoe on his left foot and walking on his own. His foot has been the source of multiple surgeries that hobbled him for the majority of the 2021 fall football season. Sanders also missed several games while recovering from surgery. Over the past few months Sanders had to use a scooter and wheelchair for mobility and didn’t wear a shoe on his left foot.

Sanders followed up the video by attending a women’s basketball game at Jackson State on Saturday versus Grambling. He walked into the arena, largely unnoticed at first, on his own.

“It was quite a distance, he walked unassisted from the parking lot all the way to the seats,” said Neely.

The crowd was smaller than usual because Saturday’s game was not a doubleheader. But according to Neely the well wishers who stopped by for a quick chat seemed to lift the spirits of the head coach.

A moment to be encouraged

“People were encouraging, coming up to him taking pictures, saying how happy and proud they were and told him they had been praying for him. As much as it was good for the crowd, it did a lot for his spirits. He feeds off of that energy. You could see his face brighten up and that smile,” said Neely.

It turned out to be a busy weekend for Sanders who also hosted a watch party for the NFL Conference Championship games on Sunday. The event was held at a Bistro in downtown Jackson.

According to Neely Sanders admits that he’s happy about his progress but realizes that he still has a long way to go on the road to recovery. Deion Sanders became famous in part because of his speed and skill, seeing him walking again was a moment to celebrate this weekend.

Deion Sanders back on his feet in public