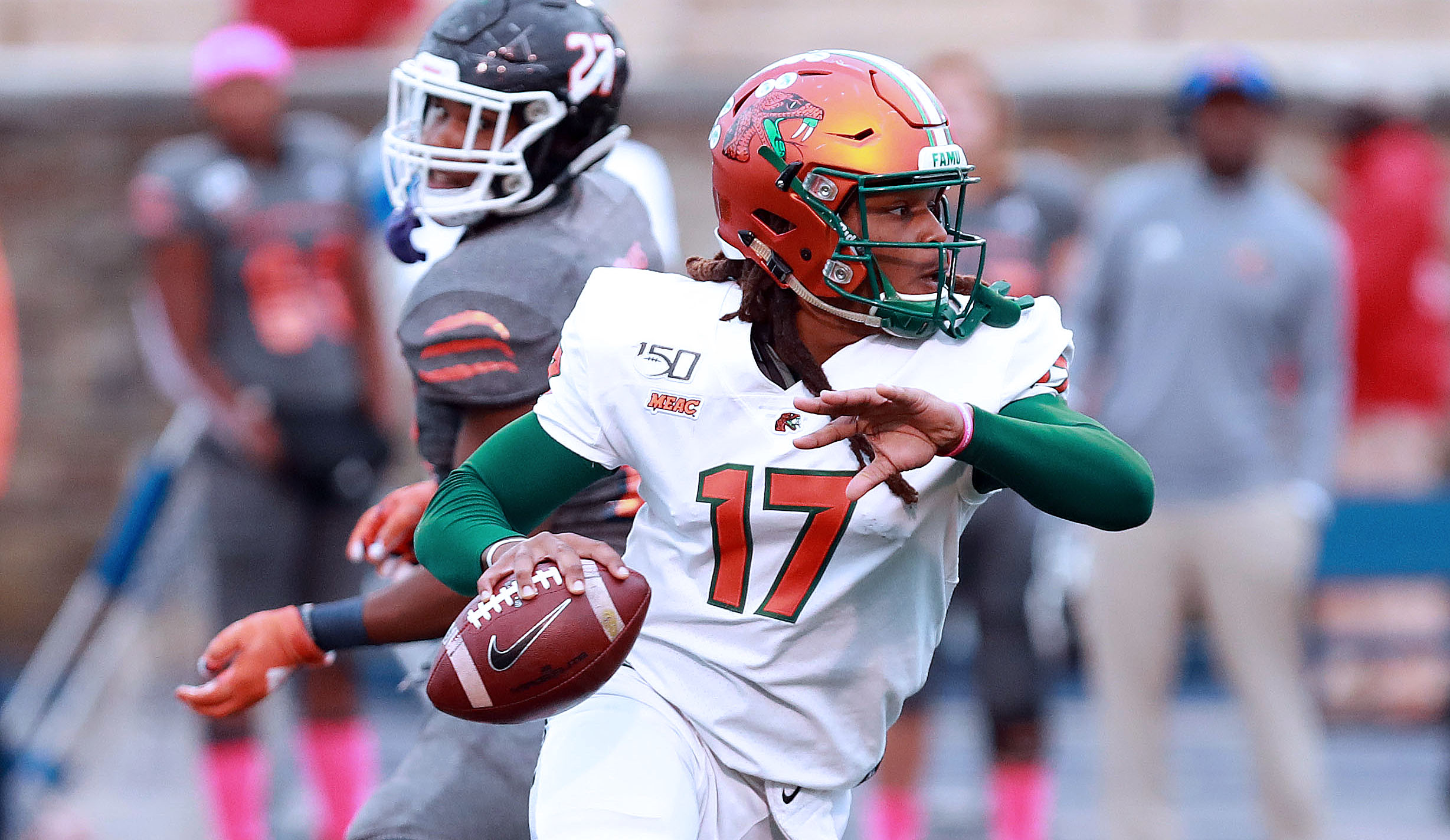 Four games to circle for the FAMU 2022 football season

Rattler Nation will get up for these four games in 2022.

Florida A&M released its 2022 football schedule and fans from FAMU are now circling dates on the calendar.  There are four that immediately stand out as games the Rattler nation are immediately excited about.

The 2022 Orange Blossom Classic will be a rematch of two of the best teams in the SWAC in 2021.  The Tigers represented the SWAC in the Celebration Bowl, while the Rattlers represented the first team in the SWAC to make the FCS playoff in 20 years. Hard Rock Stadium will host FAMU and the JSU for a rematch of last season’s game of inches.  Deion Sanders will come in with an even further revamped team than he brought into the game in 2021, highlighted by Travis Hunter, a transcendent signee.

Simmons is shoring up his line while adding in talented skilled players to complement 2021 Buck Buchanan Award Winner Isaiah Land.  Right before last year’s game,  Simmons leaned over to Sanders at midfield and told him that the game would probably determine the SWAC champion, and it did.  This year could very well be a repeat of that game’s importance.  On the very day that FAMU was officially accepted into the SWAC, Commissioner Dr. Charles McClelland stated that the FAMU vs JSU game which kicked off SWAC play, would be a vital game as there may not be room to recover with a loss in that game.  The prophecy was fulfilled as the Rattlers did not lose another conference game, but were unable to overcome the Tigers who went unblemished.

The Rattlers escaped Ita Bena, MS with a narrow 31-28 victory over the Delta Devils.  Mississippi Valley State will visit Tallahassee for the first time in decades.  MVSU has been very active in adding talent to the squad.  They have acquired some solid talent in the transfer portal and may look to play not only spoiler in 2022, but a threat in the SWAC West.

After torching Broderick Fobbs and the Grambling State Tigers for homecoming in 2021 in a game affectionately known as the “Distraction-gate” game, the Tigers have reloaded with former NFL coach Hue Jackson and he has begun loading Eddie Robinson’s house with several talented players.  The Rattlers will travel to Grambling to play for the first time in decades.

With the heated exchanges between the players nearly from the opening kickoff in 2021, this year’s trip to Grambling will result in a lot of Rattlers hitting I-10 as one of the glories of returning to the SWAC.

All bets are off when FAMU faces the Southern Jaguars.  Records don’t matter.  The teams renewed their contentious rivalry even before the Rattlers joined the SWAC with an amazing finish in 2019.  Last season’s 29-17 game went down to the wire, including mental errors by the Jags resulting in the Rattlers having six tries from the one-yard line to score the go-ahead touchdown.

The last time the Jaguars visited Tallahassee, the stadium was literally rocking.  The 27,000+ that attended the last Southern game at FAMU actually outdrew homecoming that year.  That alone makes Nov. 5 a date to circle.

It seems like we just ended football season, but the release of FAMU’s 2022 schedule has the Rattler nation buzzing again.

Four games to circle for the FAMU 2022 football season