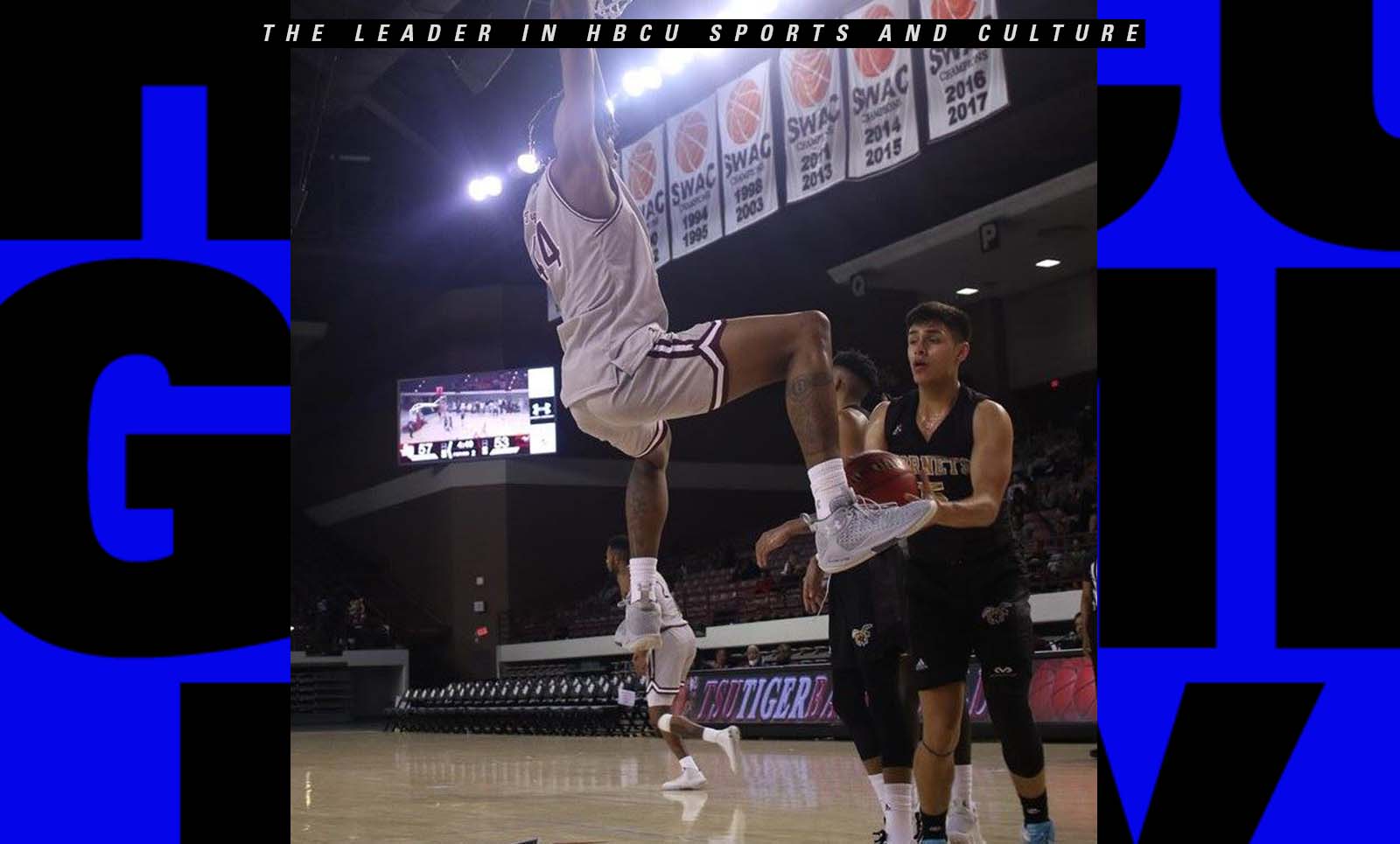 Texas Southern puts together back to back wins.

TSU swept its recent homestand behind a gritty team performance as Brison Gresham led the way with a double-double in a 73-66 win over Alabama State on Monday night.

TSU once again got off to a fast start with an 8-0 lead before ASU would find the scoreboard at the 14:56 mark. The Tigers kept the pace up as they responded with a 7-2 surge to move the margin up to 15-6.

The game would slow down as TSU was whistled for five consecutive fouls as Alabama State went on a 10-2 run to close the gap to 17-14 after Trace Young’s jumper. With 7:57 left, the Tigers went back inside as A.J. Lawson found Brison Gresham in the meat of the paint for a 19-14 lead. Gresham’s free throw was successful as TSU led 20-14.

TSU found itself in early foul trouble as Alabama State was in the bonus as early as the 10-minute mark. The Hornets would take advantage from the charity stripe along with timely shooting as they trailed 20-19 with 6:52 remaining after a three-pointer.

The contest turned physical quickly as TSU ended a two-minute scoreless drought with a free throw from Justin Hopkins as they led 21-19. ASU would tie it at 21-all after a layup but once again, it turned physical as a total of six technical were called within the first four minutes. With 4:26 left, TSU’s A.J. Lawson scored a three-point play the old-fashioned way for a 24-21 lead but ASU’s Jordan O’Neal responded with a basket to stay within one at 24-23 at the 4:12 mark.

ASU moved ahead 25-24 at the 3:34 mark as head coach Johnny Jones did his best to protect his big men over that span as he was forced to go with a smaller lineup. Lawson found Hopkins with an acrobatic pass to move TSU on top 26-25 with 1:44 left but ASU tied it at 26-all on Isaiah Range’s free throw. TSU’s P.J. Henry nailed a much-needed trey with 56 seconds left to move on top 29-26 as ASU missed a three-pointer on the ensuing possession. Both teams would miss its final attempts as the Tigers led 29-26 at the break.

TSU rode two big dunks from Karl Nicholas during an early 8-4 run as they upped its lead to 37-30 prior to the first media timeout of the second half. TSU would score five quick points after the media timeout for a double-digit lead (42-32) and led by as much as 10 after an acrobatic move from John Walker III.

Alabama State wouldn’t go away as the contest turned into a track meet. Both teams matched point production (21-19) over the next nine minutes as TSU’s Brison Gresham turned up his play with eight points during that span as TSU upped the lead to 61-53 with 4:30 remaining.

Both teams cooled over the next 2:41 with a combined two shots made. ASU scored a layup with 1:52 left but A.J. Lawson ended the drought for TSU with a layup at the 1:37 mark as TSU led 63-55. ASU would miss its next shot and was forced to foul TSU to preserve clock. The Tigers missed their first attempt which led to an ASU trey and a 63-58 lead. TSU missed its next attempt at the line but ASU couldn’t capitalize after a missed trey.

TSU would attempt to put the game away with a layup from John Jones coupled with three straight free throws from Jones due to a double technical by Alabama State’s head coach with 37 seconds remaining as they led 68-58. Both teams would score eight points each from that point as TSU went 8-for-11 from the line down the stretch.

TSU is back in action on Saturday at Prairie View A&M for a 5 p.m. tip-off.Print Friendly Version