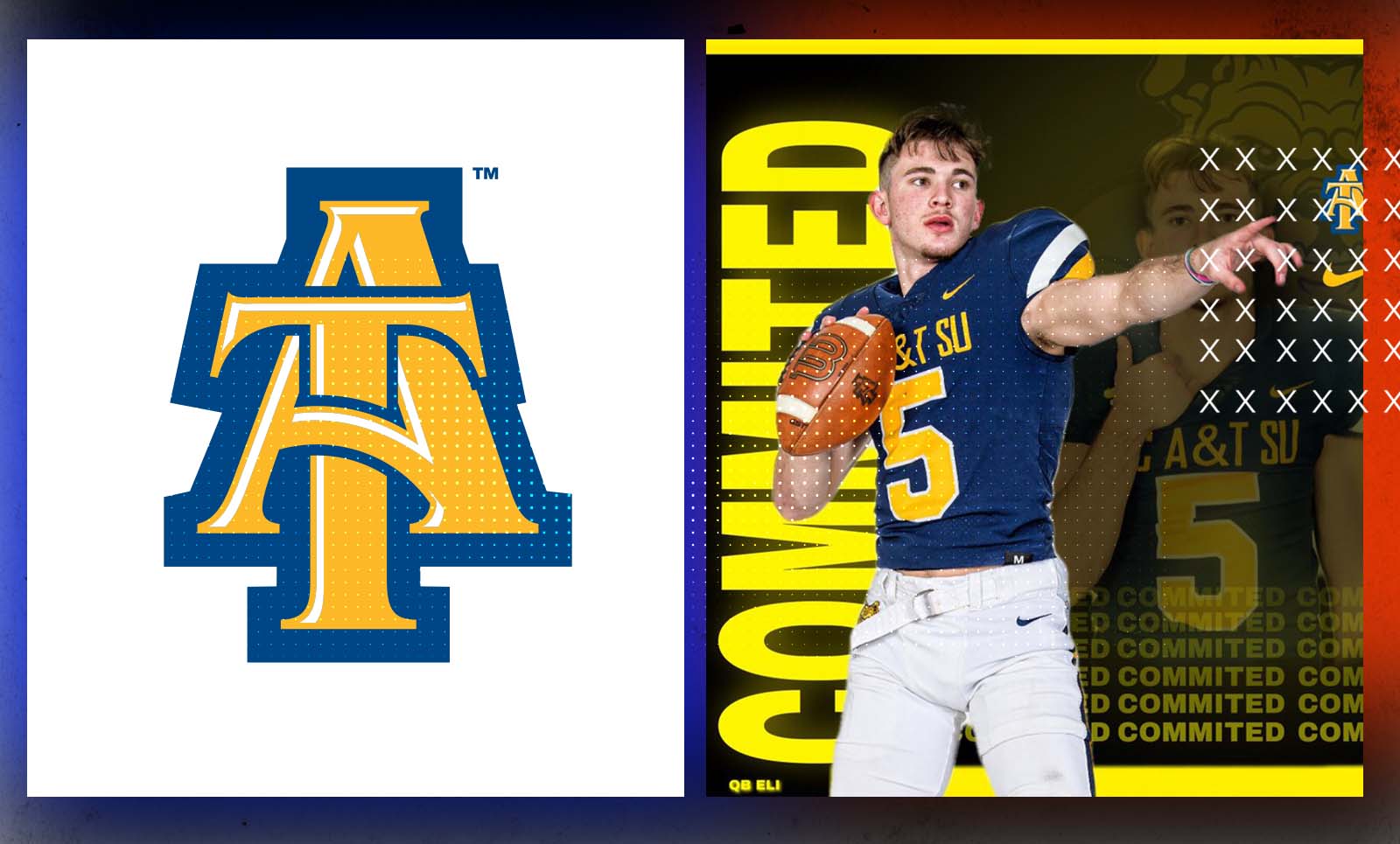 Did NCAT find its quarterback of the future?

North Carolina A&T picked up a quarterback commitment this week that might give a jolt to the passing game in years to come. Three-star recruit Eli Brickhandler from California has committed to the Aggies ahead of February’s National Signing Day.

In addition to a three-star rating, Brickhandler was ranked as one of the top quarterbacks in Northern California. The 6’2″ 195-pound quarterback threw for 2,259 yards and rushed for 743 more during his junior season.

During a condensed 2020 COVID season in his senior year Brickhandler connected on 65 percent of his passes with eight touchdowns and 535 yards in five games. In 2021 he spent time in Prep School allowing him to move into the 2022 recruiting class.

Brickhandler tweeted his commitment with a simple caption of “Aggie Pride!”

Last season the Aggies went with redshirt junior Jalen Fowler at quarterback who averaged 177 passing yards per game. Fowler had 10 touchdowns against 8 interceptions with a 55 percent completion rate.

Did NCAT find its quarterback of the future?