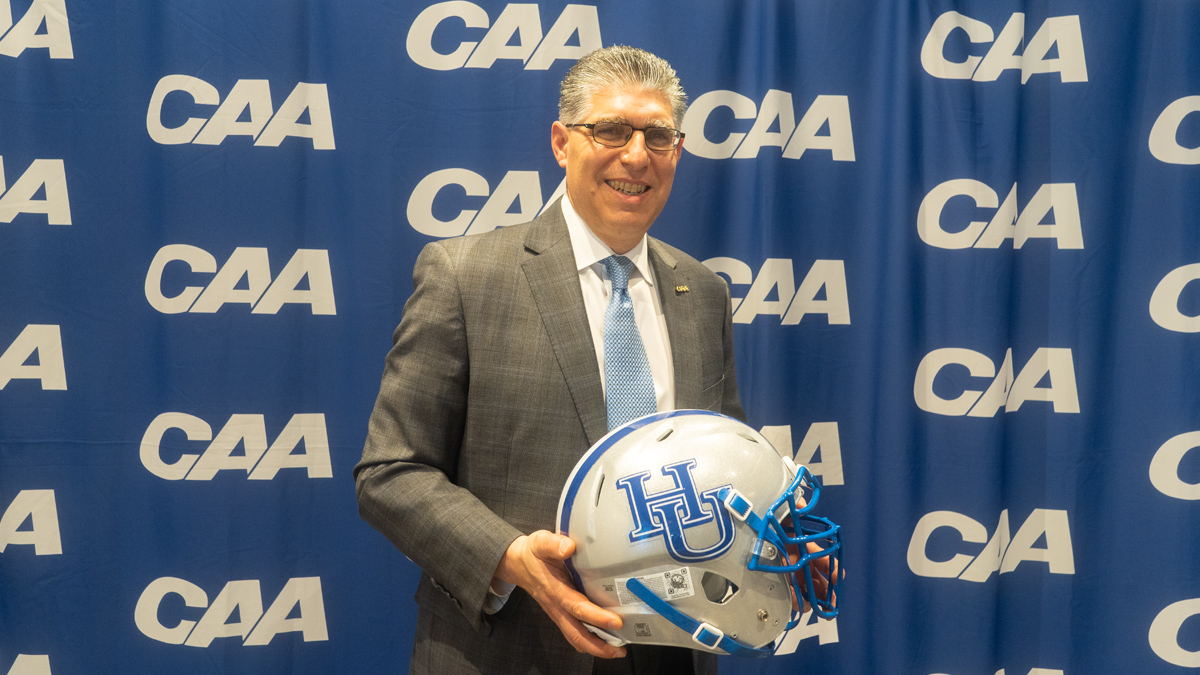 CAA Commissioner explains why he thinks Hampton is a good fit

After a long courtship by Hampton University, the CAA has finally decided to make it official. Here’s why.

HAMPTON, VA —  Joe D’Antonio was one of the last people to leave the ballroom following the announcement that Hampton University was joining the Colonial Athletic Association (CAA) on Tuesday afternoon.

The conference welcomed three new full members on the same day, but D’Antonio worked the room as if Hampton was the apple of his eye. He spoke at the podium, did the photo ops, spoke with some more media, took photos with pretty much everyone in the room and would have likely kissed babies in a pre pandemic era.

Hampton joins Stony Brook and Monmouth as new members of the conference starting on July 1, 2022. D’Antonio spoke to HBCU Gameday about why Hampton was a fit for his league.

Hampton University President Dr. William Harvey told HBCU Gameday he set his sights on the CAA 30 years ago when his school was still a member of the CIAA.

“I’ve had that conversation with Dr. Harvey as well, and it’s, you know, it’s really intriguing to me,” he said. “I’ve only been around for six years, but but to know that, you know, he’s had this wish for the institution for the last 30 years and to now see it become a reality is really something special. And it’s it’s such a great match.”

D’Antonio said Hampton fits the profile that he and the conference were looking for when they began to look at expansion 15 months ago.

As it was when it moved to the Big South three years ago, Hampton will be the first and the only HBCU in its new conference. It will also be the smallest school in the conference with under 4,000 students enrolled as the enrollments from the rest of the current and incoming schools ranges from around 6k (Monmouth) to better than 20k for five schools, including new member Monmouth.

So what can Hampton students, fans and alumni look forward to in the CAA?

“We have great academic institutions that are student centered and student athlete center and that are committed to doing things the right way, both in the classroom, on the field, on the courts,” D’Antonio said. “And we’re going to continue to maintain that student athlete first mantra and do everything we can to assist our student athletes, not only in having the best athletic and academic experience possible, but also making sure that we’re setting themselves up to be great leaders as they move on from their academic and athletic career in college.”

CAA Commissioner explains why he thinks Hampton is a good fit