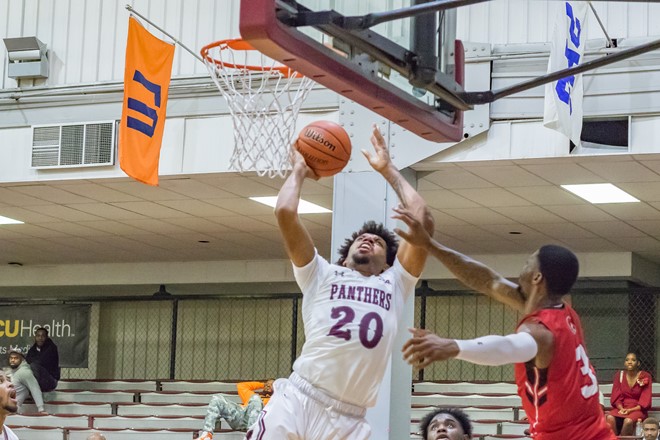 Virginia Union continues to show itself as the top team in CIAA basketball, running over Saint Augustines on MLK Day.

The 31-point win was the largest margin of victory since VUU defeated Chowan University 90-51 on February 24, 2018.

“This was a good team win for us on the road,” said VUU Head Men’s Basketball Coach Jay Butler said.  “I thought the guys came out focused and played a complete game offensively and defensively.  Keleaf Tate and Darius Hines got it going early from the 3-point line.  Jordan Peebles, Robert Osborne, and Raemaad Wright did a good job scoring in the paint.”

The win raised VUU’s record to 12-3 on the season while the Panthers remained undefeated in the CIAA with a 5-0 record.