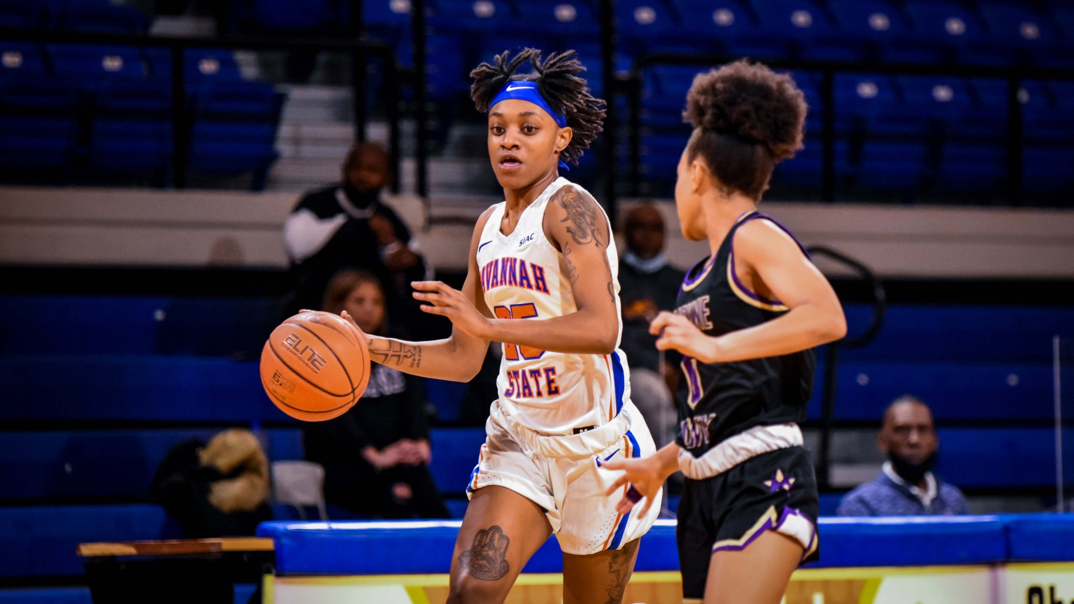 The Savannah State women continue to get it done, improving to 13-0 after beating Fort Valley State on Saturday.

The Lady Tigers improved to 13-0 and 7-0 in Southern Intercollegiate Athletic Conference (SIAC) action with the win. They have secured first place in the SIAC standings and are only one of three undefeated teams in the nation (NCAA Division II).

Savannah State has been averaging 22 points in the first quarter of games. On Saturday, they saw a slower start only putting up 10 points. But they held Fort Valley to only three field goals to secure a four-point lead after the first 10 minutes.

Two newcomers opened a huge run for the Lady Tigers early in the second period. Ta’Quasia Lampkin finished a layup at the 9:29 mark, and Shekinah Howard dropped a three-pointer off a turnover a minute later to spark an 18-4 run for Savannah State.

By the midway mark of the second period, the Lady Tigers led 30-10 and held that advantage through the rest of the game. Savannah State added 25 points in both the second and third periods and then 28 in the final for the runaway win.

Lampkin recorded her first double-double of the season with a season-high 22 points and 16 rebounds. Senior Ta’Kyla Austin recorded her fifth double figure game with 16 points. Azhana Maxwell and Bria Gibbs each tacked on 13 points in the win.

Savannah State returns home on Monday to face off with Clark Atlanta in another key SIAC East Division battle. Tip-off is set for 5:30 p.m. in Tiger Arena. The game will be streamed live on FloSports. Tickets are on sale now at ssuathletics.com/tickets.

The Lady Tigers will then test their moxie against reigning SIAC Champions, the 11-5, 6-1 Benedict Tigers, in Columbia, S.C. on Jan. 22.