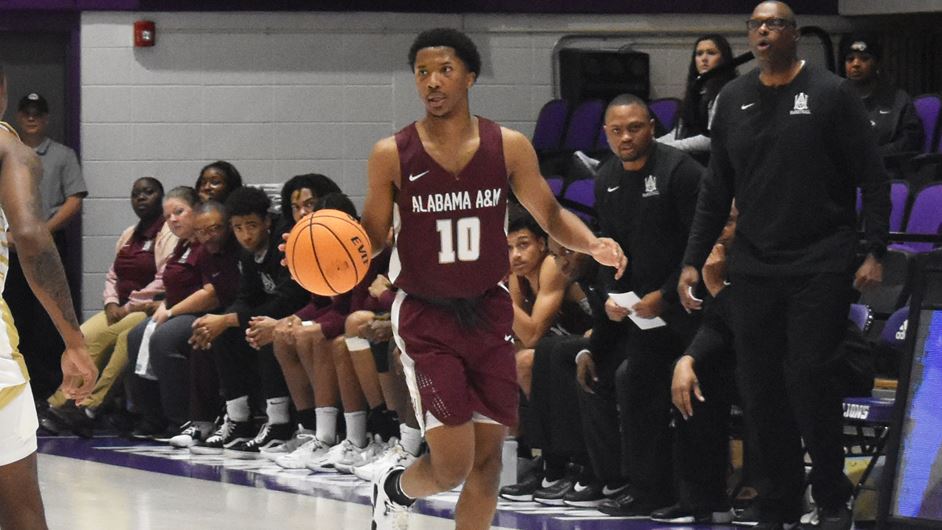 A&M holds on for a tight win against the Tigers at home.

Over the first nine minutes the Tigers built an 18-11 lead that included eight points from Coltie Young. During the next 13 minutes the Bulldogs would respond with an 18-7 rally that consisted of nine points from Hicks to flip the switch and take the lead, 29-25, heading into halftime.

JSU would build momentum and take the advantage registering a 27-20 run over 15 minutes with Jayveous McKinnis scoring eight points to push the score to 52-49. AAMU would respond with a 6-1 run to once again take the lead 55-54 with two minutes showing on the clock.

Alabama A&M would then use the remainder of the frame to outscore the Tigers by a tight 5-4 run that consisted of Hicks hitting all four of his free throws and the final point of the evening coming from Williams in the final seconds to close out the 60-58 victory.

McKinnis would lead Jackson State with 16 points, nine rebounds and two assists with Young following with 15 points, two boards, two assists and a pair of steals. Malachi Wideman added 13 points and four rebounds while Terence Lewis finished with four points and nine boards to round out the top performers.

Alabama A&M will return to the court on Saturday, January 15 as they travel to rival Alabama State. Game time is set for 4:30 p.m. at Dunn-Oliver Acadome in Montgomery, Alabama.