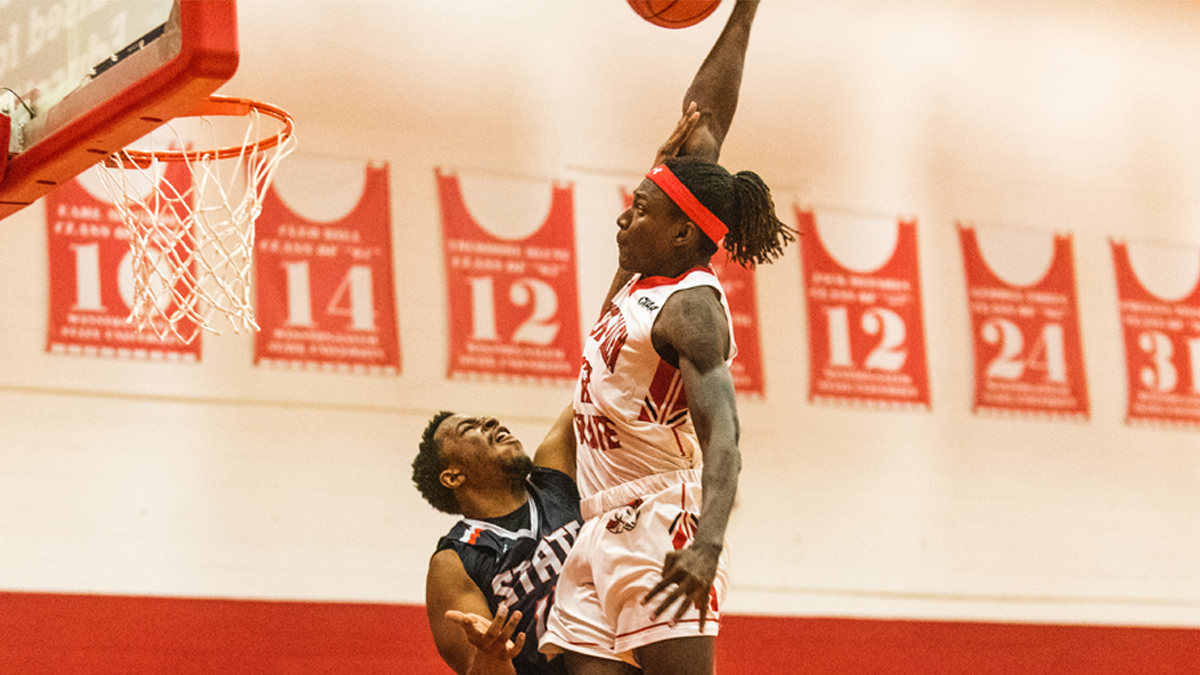 How COVID-19 will impact the CIAA basketball race

The CIAA has issued its guidelines for postponing and rescheduling basketball games. Here’s how it can impact the race.

A total of six CIAA basketball games were scheduled to take place on Monday. Only three of them were actually played due to COVID-19. Welcome to college basketball in 2021.

Both Shaw University men’s basketball’s trip to Salisbury to take on Livingstone and the Virginia State at Johnson C. Smith men’s games were postponed due to COVID-19. Winston-Salem State was scheduled to take on Elizabeth City State women, but that game was scrapped in mid-week after COVID-19 protocols within ECSU.

So how does this all impact scheduling and standings as we inch closer to a CIAA Tournament that appears to be headed forward full-steam? We reached out to the CIAA for guidelines last week and they were released on Monday.

CIAA lays out the guidelines

The CIAA regulations state that every attempt should be made to play any canceled game. If it cannot be played before the conference championship it will be designated as a “NO CONTEST”. Rescheduling of games must occur within five business days, be approved by both athletic directors, and communicated to the conference office. The minimum number of participants required to compete is (7) seven student-athletes (not impacted by COVID protocols), plus one full-time coach. If a team meets those minimum standards, they are required to play.

According to the rules, if a team cancels a conference contest due to being in COVID-19 protocol, it may result in a loss for the canceling team and a win for the team that is eligible and prepared to play. If both teams are in COVID-19 protocol and mutually agree to cancel a conference contest, then it may result in a loss for both teams.

It is scheduled to take on Bowie State on January 25 in a double-header. It will host Lincoln on Jan. 31 and then Bowie State at some point in February. That means as of Tuesday it has seven games scheduled from Jan. 15 at Johnson C. Smith until that Jan. 31 date with Lincoln including five games from Jan. 22 through the end of the month.

And that’s assuming all of those games will be able to be played as scheduled — which hasn’t been the case so far.

Right now it’s still early, and — in theory — there is plenty of time to get games in. The big prize, of course, is the CIAA Tournament. While any team can win the tournament, seeding is important. In an extremely competitive league, the difference between having getting rest during the tournament and having to play for days on end to get to the title is often just a few games here and there.

Simply put, COVID-19 is officially another opponent on the road to Baltimore for the CIAA Tournament. It is an opponent that everyone must face, and one that could hand it a team a devastating loss without stepping foot on the court.

How COVID-19 will impact the CIAA basketball race