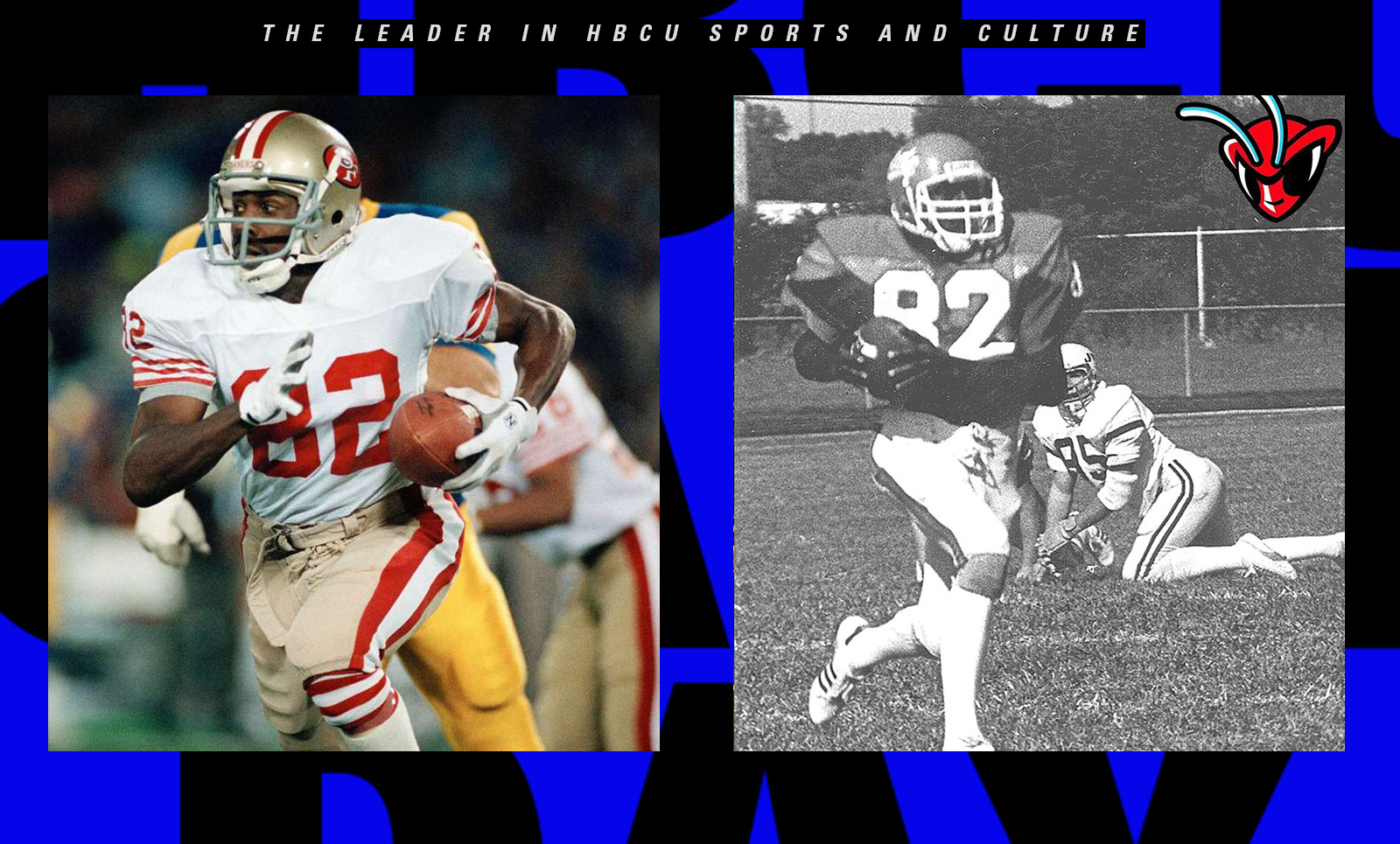 John Taylor inducted into the 49ers Hall of Fame

Former Delaware State great John Taylor was recently inducted into the San Francisco 49ers Hall of Fame after a standout career in the NFL.

Taylor and fellow former San Francisco 49ers great Patrick Willis (LB) was recently inducted into the 49ers’ Hall-of-Fame during a ceremony that included the addition of their names to the team’s Ring of Honor at Levi Stadium.

“John and Patrick represent two generations of 49ers excellence,” 49ers CEO Jed York said. “They are members of the Pro Football Hall of Fame’s All-Decade teams, which speaks to how impactful they were on the field. Off the field, they were exemplary and set the standard for what it means to be a 49er. John was an electric wide receiver with some of the most memorable plays in franchise history, including the game-winning 10-yard touchdown reception in Super Bowl XXIII. Patrick was one of the most dominant linebackers we’ve ever seen. His leadership and passion for the game helped make everyone around him better. We are honored to induct John and Patrick into the Edward J. DeBartolo Sr. San Francisco 49ers Hall of Fame, where they will be forever recognized among our all-time greats.”

Taylor, a standout wide receiver and punt returner, capped off his Delaware State career as the Mid-Eastern Athletic Conference Offensive Player-of-the-Year in 1985. That season, he earned Black College and Division I-AA All-America honors after topping the MEAC with 15 touchdowns to lead the Hornets to their first conference championship in team history.

Taylor completed his college career as the MEAC’s all-time leader with 42 touchdowns and 254 points.

He is tied for the Hornets’ career record with 33 touchdown catches and is third all-time with 2,426 receiving yards. In addition, Taylor still holds the Delaware State record for receiving yards in a game (223) and the top two longest receptions (97, 93). He previously held the NCAA record for career yards per catch at 24.3.

Taylor was selected by the San Francisco 49ers in the third round of the 1986 NFL Draft. During his nine seasons with San Francisco, he was a member of three Super Bowl Championship teams. He caught the game-winning touchdown pass from Joe Montana in the final seconds of the 49ers’ Super Bowl XXIII win over the Cincinnati Bengals in 1989.

A two-time Pro Bowl selection, Taylor was selected to the NFL’s 1980s All-Decade Team as a punt returner.

His NFL career statistics include 347 catches, 5,598 receiving yards and 43 touchdown grabs. He was also the first player in NFL history with two touchdown receptions of 90-or-more yards in a game.

John Taylor inducted into the 49ers Hall of Fame