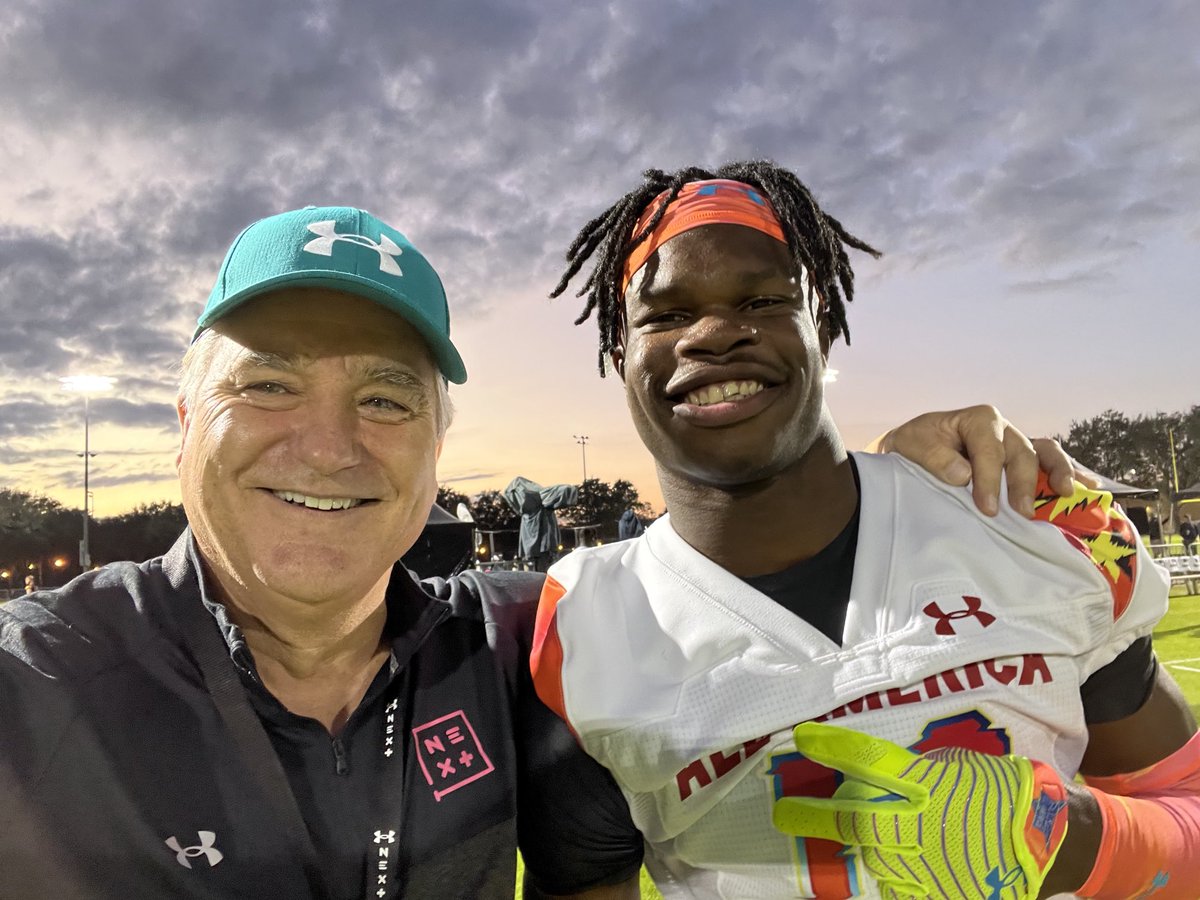 Travis Hunter, Jackson State’s five-star commit, was all the talk during the 2022 Under Armour All-American game

All eyes have been on Travis Hunter for a while, and Sunday at the Under Armour All-American Game was no different.

The Jackson State signee played on both sides of the ball against some of the best of the best in the class of 2022. His biggest moment came in third quarter when he recovered a fumble before taking a big hit from future North Carolina offensive lineman Zach Rice.

When asked about the pounding he dished out, Rice said he wasn’t trying to hit Hunter that hard — it just kind of happened.

“I knew it was Travis Hunter. I tried to slow down but I’m 300 pounds man,” Rice said with a laugh…”I kind of laid on him a little bit, so I kind of just ran off the field cuz I was like ‘I don’t play defense.”

Despite the big hit, Rice went out of his way to make it known that he had respect and admiration for the future HBCU star.

“It kind of felt like hitting air,” Rice said. “Travis Hunter is heck of a player, and he’s going to JSU, he’s going to do the right thing. Bro, he’s good.”

The fact that the stud offensive lineman from Lynchburg, VA said that Hunter was “going to do the right thing,” at JSU speaks volumes of what his decision to sign with Deion Sanders and JSU has done for current and future top prospects.

Hunter’s decision to sign with Jackson State was mentioned several times during the ESPN broadcast. He was also mic’d up — NFL style. He didn’t say anything groundbreaking, but Travis Hunter simply being the top prospect in the 2022 recruiting class and going to Jackson State says plenty already and the Under Armour All-American game reiterated that.