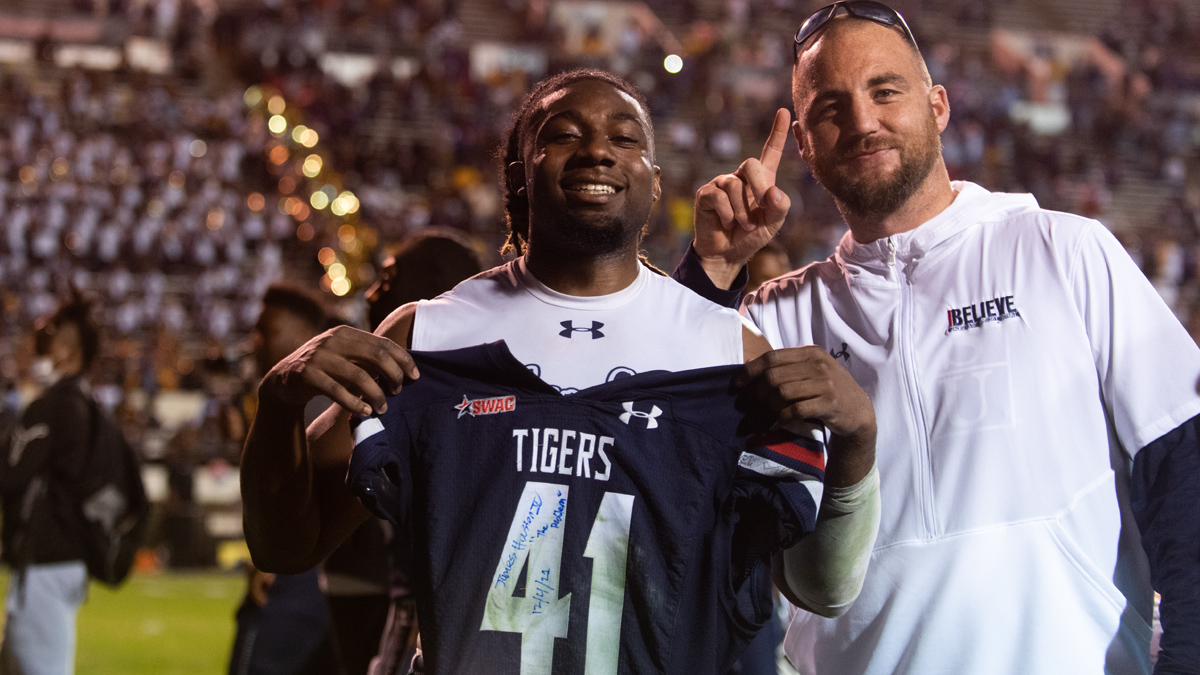 After one phenomenal year at Jackson State, James Houston is officially looking to take his talents to the NFL Draft.

After one dominating season at Jackson State University, James Houston is turning his attention to the NFL.

The 2021 HBCU Gameday/Protect Your Skull FCS Defensive Player of The Year has officially declared for the NFL Draft. He released his announcement via Twitter on Wednesday.

“My lifelong DREAM has always been to play in the NFL, and I am ready to make that dream become a reality. With that being said, I have decided to forgo my final year of eligibility and enter the 2022 NFL DRAFT.”

James Houston received numerous All-American honors and has been selected to play in both the NFLPA Bowl and the East-West Shrine Game. His head coach, Deion Sanders, recently compared him to Micah Parsons of the Dallas Cowboys.

“Parsons is a freak man,” Sanders told Rich Eisen. “He is a darn freak man. We have a kid who plays defensive end that was an inside linebacker that we moved to defensive end. He was All-SWAC, All-FCS, James Houston came to us from the University of Florida.”