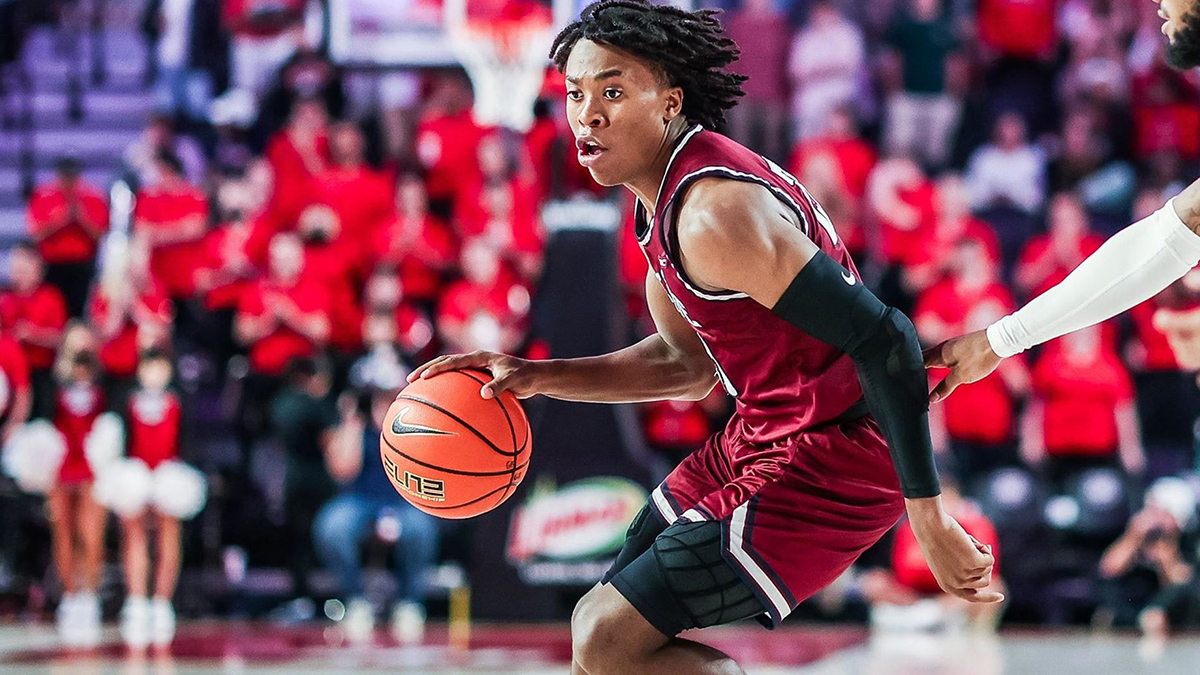 South Carolina State is off to a solid start under new head coach Tony Madlock Sr. as it has won five of its last six games.

Don’t look now — well actually do — but South Carolina State is on a roll. In basketball.

SC State took down in-state rival the Citadel 74-57 on Tuesday night. Freshman Antonio “TJ” Madlock led the way with 18 points and eight rebounds as SC State held the Citadel to a 34.3 percent shooting night from the field, including a 5-for-29 performance from the 3-point arc.

South Carolina State shot a blazing 58.6 percent from the field in the second half, including a 6-for-8 performance from the 3-point arc.

It was the fifth win in six games for SC State — with its lone loss being at the hands of Duke. It has wins against South Florida (AAC), High Point (Big South), Tennessee State (OVC) and the Citadel (SoCon).

That’s a far-cry from the 2020-2021 season that saw SCSU win just one of its 18 games in the COVID-19 ravaged season. So what’s different from a few months ago to now?

It starts at the top. SCSU parted ways with Murray Garvin after a roller-coaster tenure and brought in Tony Madlock as its head coach. Madlock was an assistant with Penny Hardway at Memphis 30 years after the duo played together at the school. He brought his son in with him, and so far he’s the second leading scorer on the team at 10.1 points per game.

While Cameron Jones leads SCSU in scoring at 11.3, nine players are averaging at least six points per game.

Norfolk State is the defending MEAC champ and it has come out hot. North Carolina Central has the history and Howard University looks to be much improved so far this season. Juan Dixon and Coppin State have been waiting in the wings for years. But don’t sleep on SC State when MEAC play gets started next month. The football program may have to share the spotlight.