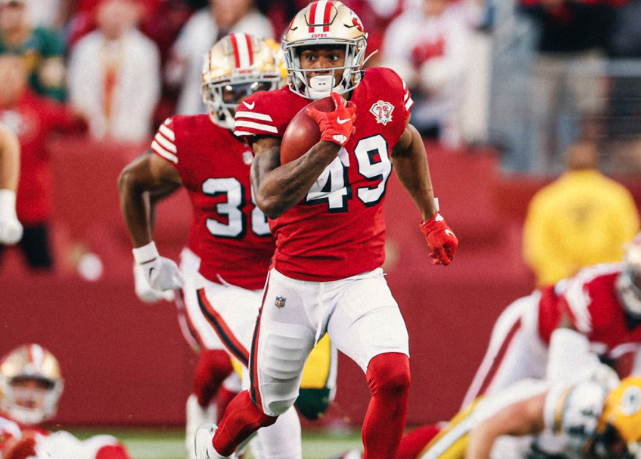 Trenton Cannon OK after being carted off in ambulance

San Francisco 49ers running back/returner Trenton Cannon had to be carted off the field in an ambulance on Sunday.

Trenton Cannon gave us a horrific reminder of how violent the game of football can be on Sunday afternoon.

The former Virginia State University star and San Francisco 49er running back and kick returner was carted off the field and into an ambulance following the opening kickoff of Sunday’s game against the Seattle Seahawks.

Cannon was incidentally knee’d in the helmet by one teammate and then hit again by another while trying to cover a kickoff.

He was taken to a local hospital and diagnosed with a concussion and ruled out for the game, according to the 49ers. Cannon does have use of all his extremities.

Cannon was selected by the New York Jets in the sixth round of the 2018 NFL Draft after a standout career with Virginia State. He spent two seasons with the Jets before being released. He signed with the Carolina Panthers prior to the 2020 season, playing primarily on special teams. Cannon was released by the Panthers prior to the 2021 season and then picked up off waivers by the Baltimore Ravens. That stint was short-lived, however, but he ultimately found a home in San Francisco, returning and covering kicks.

Our thoughts and prayers are with Trenton Cannon and we wish him a speedy recovery.

Trenton Cannon OK after being carted off in ambulance