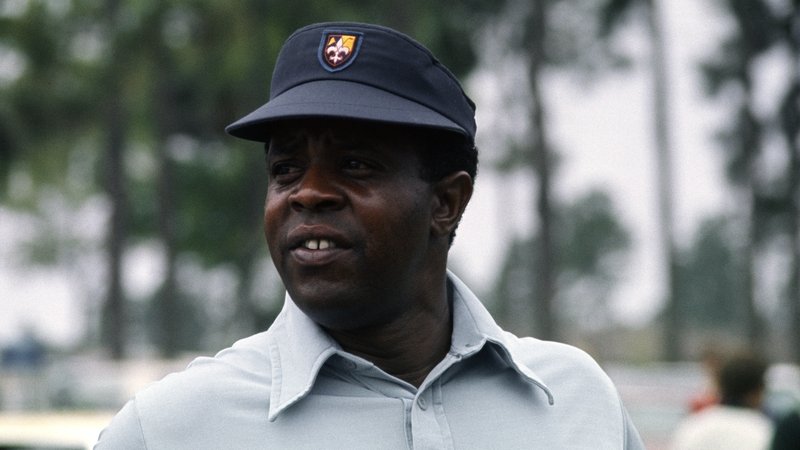 The PGA Tour started in 1929 and The Masters started in 1934, yet it wasn’t until 1975 that a black man was allowed to play the Augusta National Golf Course for The Masters.  Lee Elder, considered the leading black dignitary of professional golf, died on Nov. 29.

Elder would not only lead the charge for black participation on the PGA Tour, but expand his impact using the platform he had created breaking the color barrier in what had long been an all-white sport.

During his career, Elder would face racism, exclusion and downright unfair conditions.  He would not be allowed to stay at the hotels the other golfers stayed at.  The same luxuries were not afforded to him as his white counterparts.  He would often have to change clothes in his car as he was not allowed in the clubhouse of some of the courses he played on.

Elder was a trailblazer for the sport of golf

Elder won four tournaments during his career.  A win in the 1974 Monsanto Open in Pensacola, FL qualified him for the 1975 Masters in Augusta.  While Elder did not make the cut at Augusta National, his appearance shattered the walls of a racial divide that had withstood time until his appearance.

Elder was a well respected golfer.  In his rookie year of 1968, he pushed then world-renown golfer Jack Nicklaus to five holes in a playoff in the American Gold Classic in Akron, OH.  With Nicklaus being the hometown favorite, it underscores Elder’s skills to push him so far.

Elder was honorary starter at the 2020 Masters

Last year, with all the social unrest and with Elder’s health dwindling, Elder was invited to the ultimate honor at The Masters.  He was asked to join Nicklaus and Gary Player as honorary starters for The Masters.  Previously, Arnold Palmer was the third starter, but Elder was fit for the bill after Palmer’s death.  While his health had dwindled to the point where he was not able to swing a club, the crowd roared as he lifted his club at the start of The Masters.

Elder lost his right eye to diabetes some time ago, but he continued to play on the Senior PGA Tour until he was unable to physically compete.

Like many blacks during that time, Elder came from a very large family.   He was one of 10 children born in Dallas, TX in 1934.  Elder’s father Charles was killed in World War II and his mother died three months later.  He would move to tough living conditions as his aunt struggled to raise him.  He would later drop out of school as his interest in being a caddie consumed him.

After playing a round of golf with Joe Louis, Elder was mentored by Ted Rhodes who was Louis’ instructor.  Three years later, Elder was playing well enough to enter some tournaments.

After two years in the Army, Elder joined the United Golf Association (UGA), a tour for African Americans. They were excluded from joining the PGA at the time.  He would dominate on the UGA, but the prizes weren’t large enough to sustain him.

With the PGA Tour lifting the color barrier in 1961, Elder earned his PGA Tour card in 1968.  While he has many firsts as a black golfer, it is little known that he was the first black to qualify for the U.S. Ryder Cup team.

Tiger Woods, who holds many of the PGA Tour’s career records, always pays homage to Elder and Charlie Sifford for their sacrifices in integrating the game of golf. These pioneers gave Woods the opportunity to go full speed ahead, assaulting PGA records and changing the game.

Elder was the first black to play at The Masters, which was ironically started in 1934. The same year he was born.  He was 40 when he made his first appearance at The Masters.