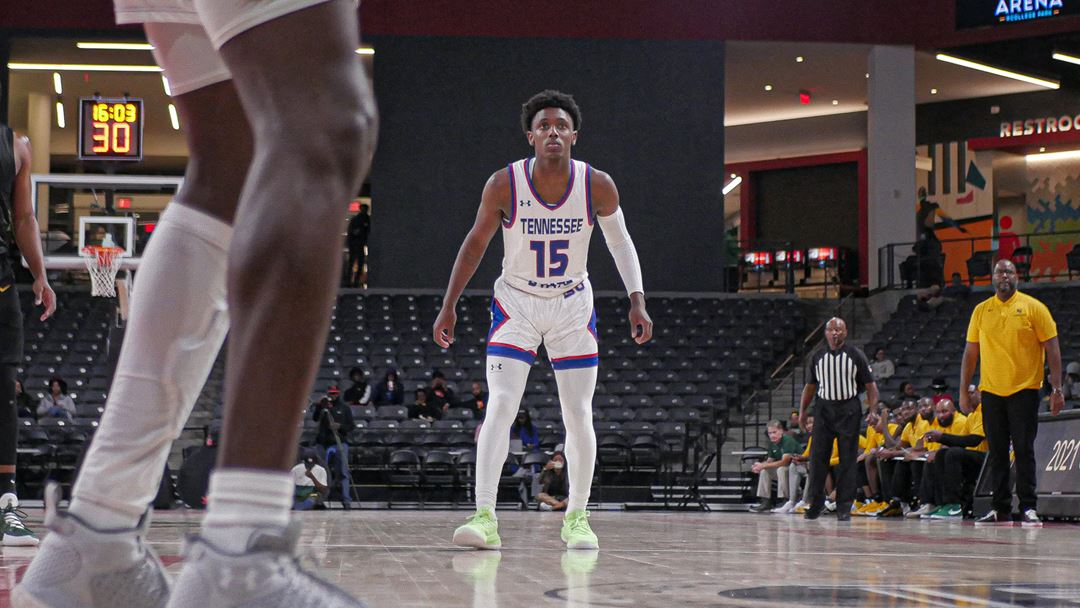 Hercy Miller done for the year

The freshman season of Hercy Miller is in the books. The Tennessee State freshman and son of hip-hop legend Master P is done for the year due to injury.

The freshman season of Hercy Miller has come to an early end.

The Tennessee State University men’s basketball team announced Tuesday that freshman point guard Hercy Miller will miss the remainder of the season due to a lower-body injury.

Miller is the son of hip-hop mogul and hall of fame hustler Percy “Master P” Miller. His arrival at Tennesssee State received a lot of press thanks to his family name and his status as a three-star recruit.

Hercy made headlines again in July when he and his father announced a multi-million dollar NIL deal shortly after legislators allowed amateur athletes to profit off such endeavors.

But Miller didn’t start out of the gate, and his playing time has been short. He’s averaged 10 minutes per game in six appearances with a total of 12 points. TSU is currently 1-5.

Tennessee State says Hercy Miller is expected to make a return in 2022-23.

Hercy Miller done for the year