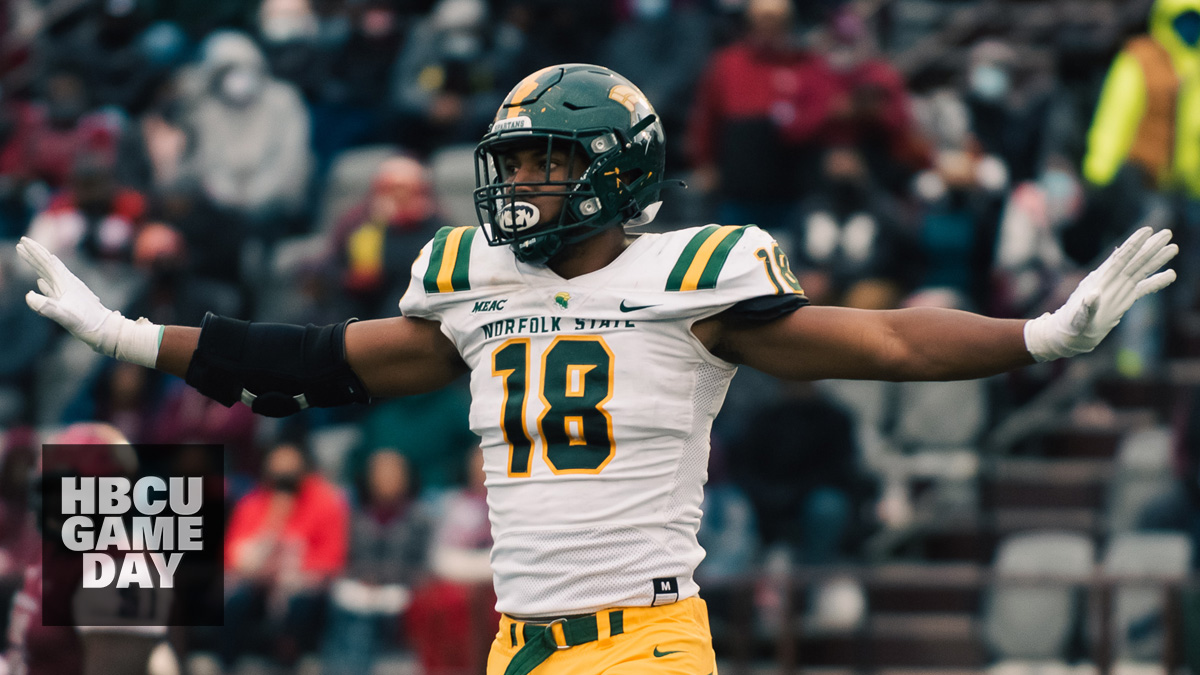 The 2021 All-MEAC football teams are out and Norfolk State had the most individual selections out of the conference.

All awards and honors were voted on by the league’s head football coaches and sports information directors.

In partnership with the National Football Foundation and College Football Hall of Fame, the MEAC will announce its Offensive and Defensive Players of the Year as part of the festivities surrounding the 63rd NFF Annual Awards Dinner on Tuesday, Dec. 7, at the ARIA Resort & Casino.

Norfolk State claimed the Offensive Lineman of the Year and Rookie of the Year honors, with Justin Redd and J.J. Davis earning those awards, respectively. South Carolina State head coach Oliver “Buddy” Pough was named MEAC Coach of the Year for the fourth time in his career.

This season marks the first time Norfolk State has claimed either the Rookie or Offensive Lineman of the Year award.

Davis is the MEAC’s leading rusher, having averaged 80.6 yards per carry for the Spartans. His 10 touchdowns were tied for the most among conference running backs, and Davis also ranked seventh in total offense. The five-time MEAC Rookie of the Week had four 100-yard rushing performances during the season, including a season-best 217 yards against North Carolina Central.

Pough led the Bulldogs to a perfect 5-0 mark in conference play this season to claim the MEAC championship outright and clinch the league’s bid to the Cricket Celebration Bowl (Saturday, Dec. 18, 12 noon on ABC). The Bulldogs won their 18th championship overall and the eighth of Pough’s tenure. This is Pough’s second straight MEAC Coach of the Year, as he won the award in 2019.

See below for the full All-MEAC teams.