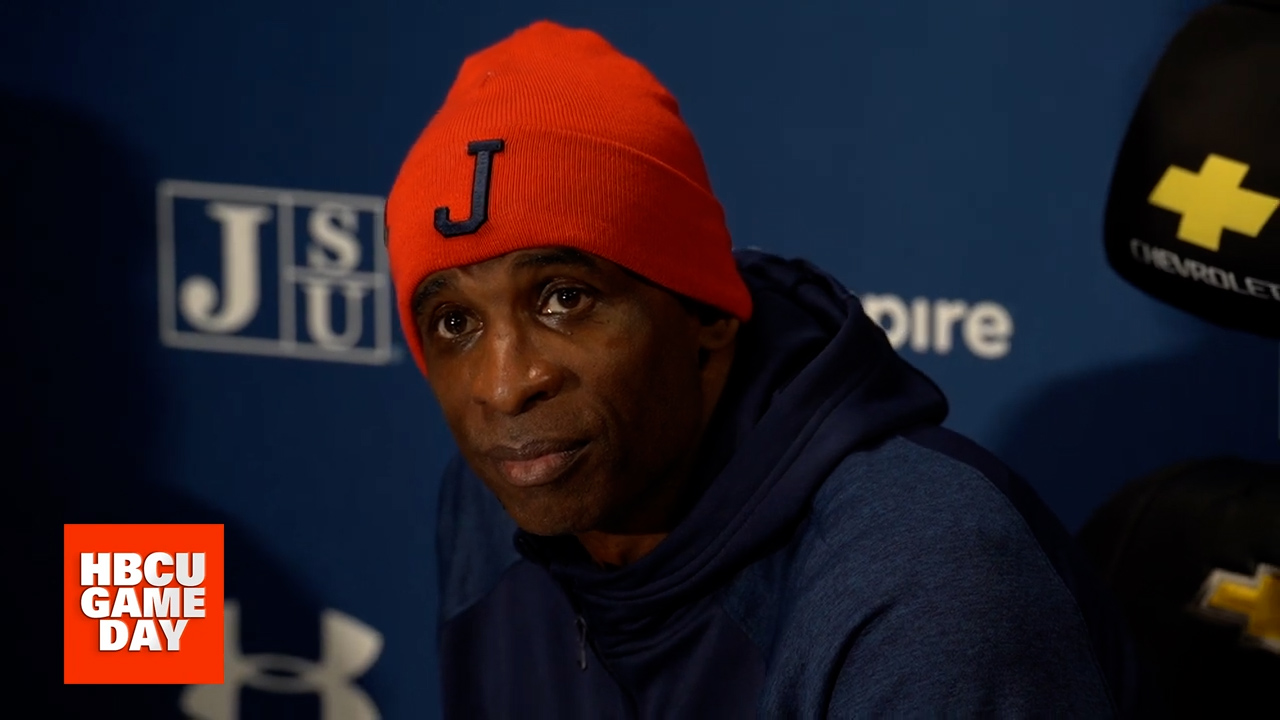 It isn’t often that Deion Sanders is at a loss for words. But upon finding out he is a finalist for the Eddie Robinson Award, the Hall of Fame was “floored.”

Deion Sanders has received just about every accolade in football that you can get. But hearing he was up for an award named after a coaching legend less than a year into his career floored the Hall of Fame player floored the Jackson State head coach.

Sanders was one of 17 coaches named as a finalist for the Eddie Robinson award — an award given to the top coach in the Football Championship Subdivision. He’s made the list in his first full season as a head coach at JSU following his team’s 10-1 regular season record and a SWAC East title.

For all of his belief in himself and his program, Sanders could barely believe the news when it was revealed to him on the weekly SWAC Media session.

“Dude — do you know who Eddie Robinson is and was. Eddie Robinson — man — hat to me is…That’s astounding,” Sanders said. “You got me speechless and, you know, I’m good with my mouthpiece.”

And Deion Sanders isn’t the only Sander up for major awards following JSU’s breakthrough season.

Shedeur Sanders, JSU’s freshman quarterback, was named a finalist for the Jerry Rice Award, given to the top freshman in FCS football. His coach and father was confident that he would be bringing it home.

“Well that one — you might as well bring that one on here,” he said with a chuckle. “Let’s stop playing. Now I’m floored for the Eddie Robinson. But you can go ahead an wrap that one with a bow. Let’s not play. OK.”

Sanders has completed 68.7 percent of his passes for 2,971 yards, 28 TDs, five INTs along with three rushing scores.

JSU edge rusher James Houston is up for a big national award as well. He’s a finalist for the Buck Buchanan Award, given to the top defender in FCS football.