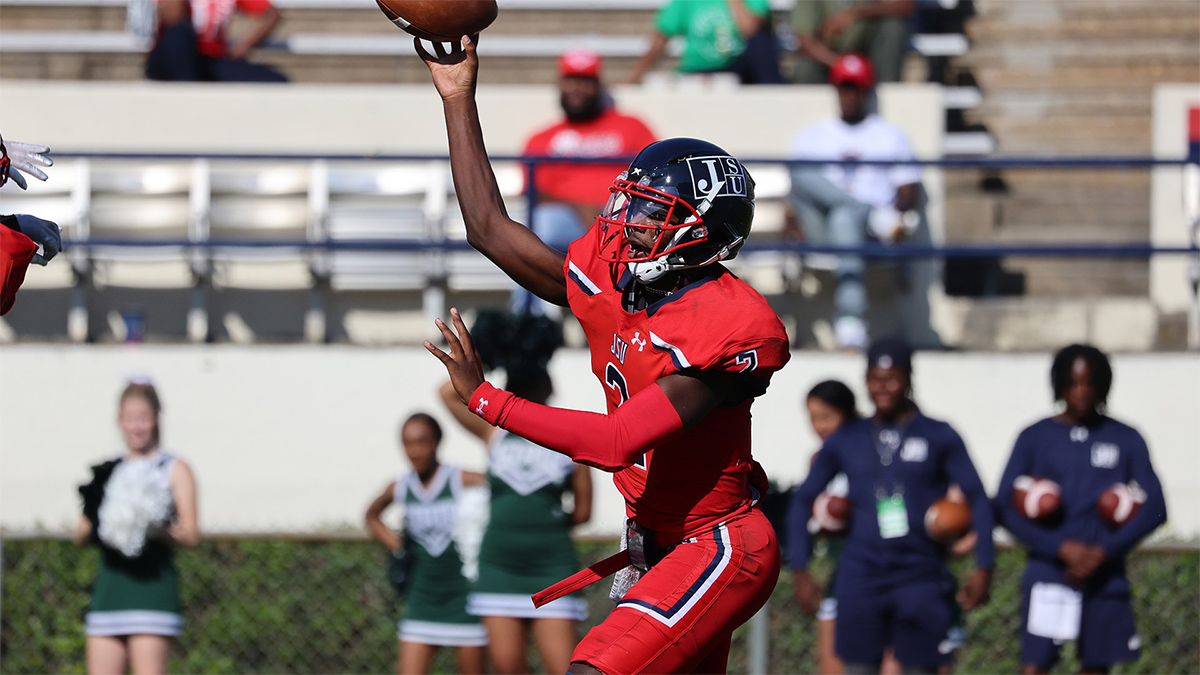 Shedeur Sanders, three others up for Jerry Rice Award

Jackson State quarterback Shedeur Sanders is one of four HBCU freshmen up for the Jerry Rice Award.

Shedeur Sanders came into Jackson State University with four-star billing, and through his first seven games, he’s shown why he got it.

Shedeur Sanders is joined on the list by a trio of running backs from HBCUs. Delaware State’s Sy’Veon Wilkerson, Kobe Dillon of Southern and Hampton’s Elijah Burris are all in the running as well.

Sanders is completing 70 percent of his passes for better than 1,800 yards and thrown 17 touchdowns to just one interception through seven games. Jackson State is 6-1 and nationally ranked in multiple polls.

Wilkerson has been a big bright spot for DSU. He’s rushed for 625 yard and seven touchdowns while averaging 4.2 yards per rush. He scored three touchdowns against Bowie State in the first game of his career.

Dillon has already written himself into the Southern and SWAC record books by rushing for 268 yards against UAPB a few weeks back. The converted quarterback has rushed for 576 yards this season, running for an average of 9.3 yards per rush. He also has four touchdowns on the season.

Burris is having a solid impact at Hampton so far. He’s rushed for 477 yards and six touchdowns. He rushed for a career-high 86 yards and a score against North Carolina A&T last week.

Shedeur Sanders, three others up for Jerry Rice Award