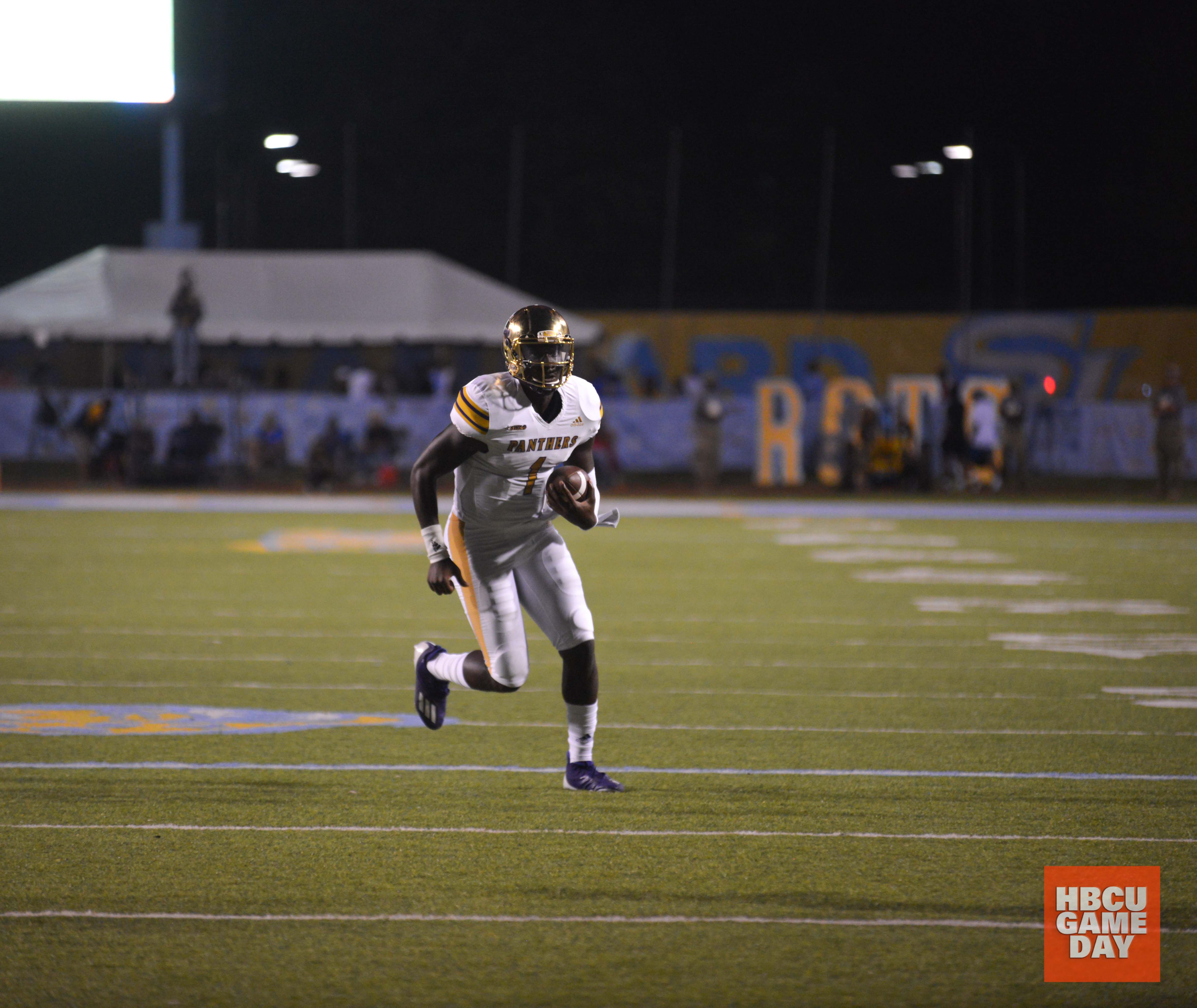 Prairie View has found its way into one top 25 poll. Jackson State moved up in two. But Bowie State its the highest ranked of all.

Jackson State has been nationally ranked for a month. Now it finally has some company in the top 25.

Prairie View A&M has made its debut in the STATS FCS poll as it is now off to a 7-1 start on the season. It enters the pool at no. 24.

JSU moved up one spot in the STATS FCS poll, going from 19th to 18th following its 42-21 win over Texas Southern at home on Saturday. Jackson State took a bigger leap up in the American Football Coaches Association FCS Poll this week. It went up to no. 15 after the win. That comes a week after it dropped one spot in the FCS Coaches Poll following a close win over Mississippi Valley.

Prairie View is not ranked in the AFCA FCS poll, however, it is receiving votes.

Florida A&M is listed as receiving votes in both polls with it’s 7-2 record following a solid win over Southern University on Saturday.

There are also a pair of Division II HBCUs that are nationally ranked as well.

CIAA North champion Bowie State is ranked 12th in the D2 poll, moving up two spots after its 79-6 thrashing of Elizabeth City State on Saturday.

SIAC East Champion Albany State is ranked 18th in the D2 poll. It jumped up four slots thanks to a 57-0 pummeling of rival Fort Valley State.

CIAA South champion Fayetteville State is on the outside looking in as the top team in the receiving votes category. It will take on Bowie State on Saturday for the 2021 CIAA football title.