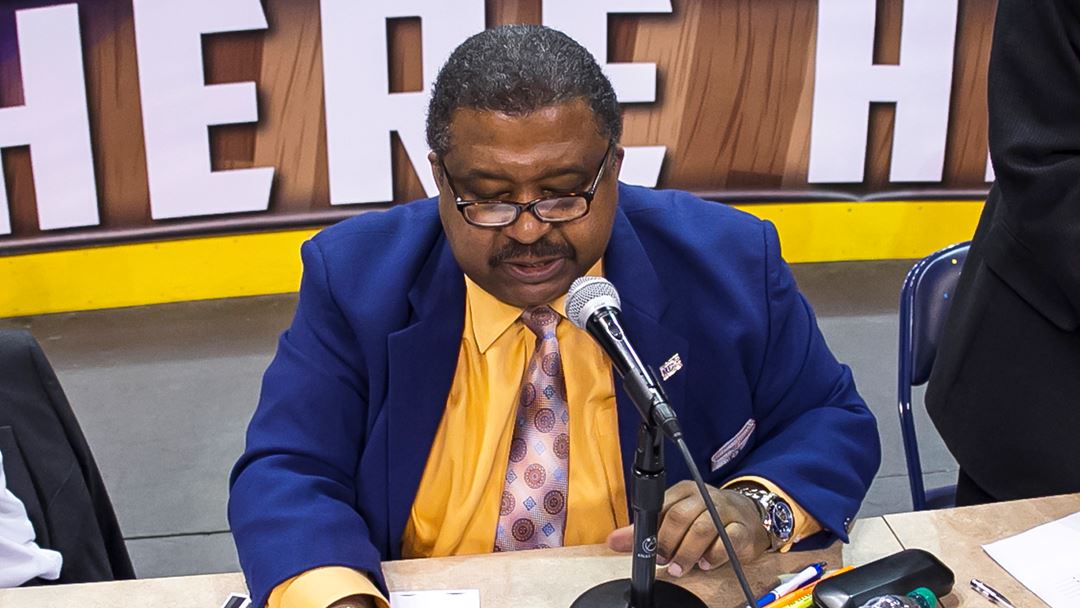 Norfolk State alumnus and long-time public address announcer Jackie Bowe passed on Nov. 2. He also served as an announcer for the CIAA and MEAC Tournaments as well.

Bowe, a Norfolk State alum, was a fixture behind the microphone at NSU basketball and football games for decades. His career as an announcer spanned 50 years, with his smooth baritone voice and witty phrases providing the perfect backdrop to Spartan games for generations of players and fans.

In addition to his stints with NSU, Bowe also made history when he became the first African American to serve as PA announcer for the NCAA Division I Men’s Basketball Final Four, a post he held proudly from 1999-2003. Bowe also served as PA announcer for numerous MEAC and CIAA basketball tournaments, the Hampton Roads Pro-Am and many other events. He also worked as a TV and radio broadcaster during his career.

“We are all deeply saddened to hear of Jackie’s passing,” said Matt Michalec, NSU assistant athletics director for communications. “He is a true Norfolk State legend. While his voice was well-known to thousands of Norfolk State fans over the years, just as well-known was the kind of person he was – compassionate and always ready with a kind thought or joke to make you smile. He will be sorely missed.”

Funeral arrangements are as follows: