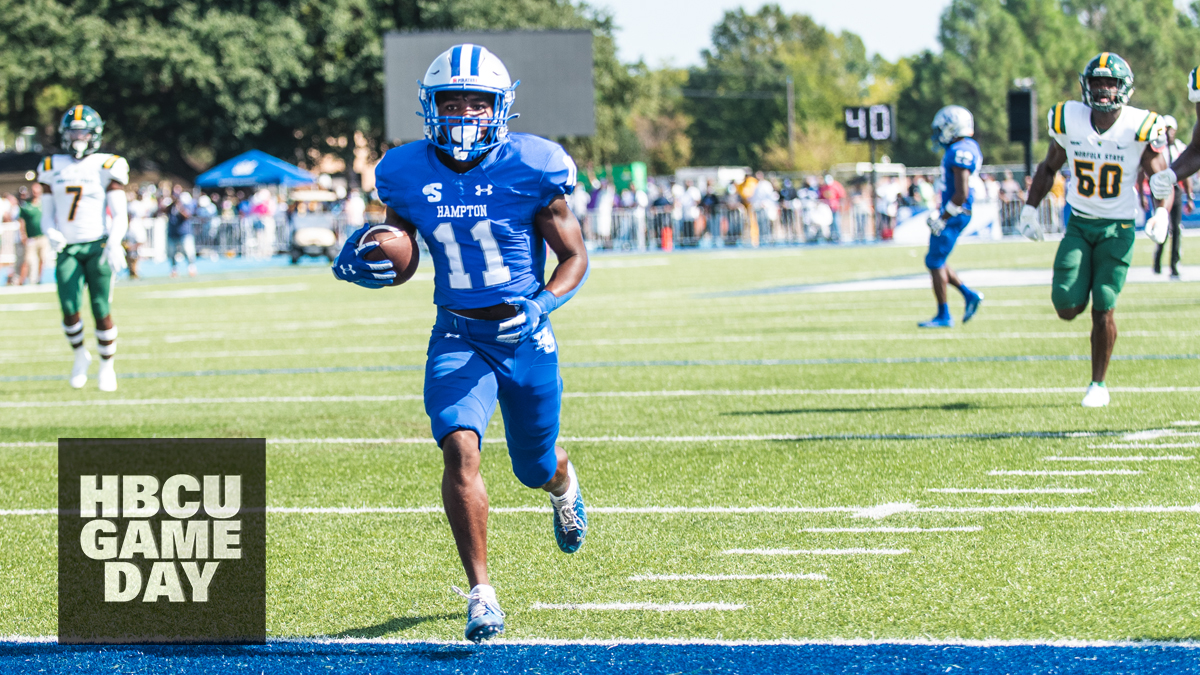 Hampton University picked up its second win in three games by knocking off Gardner-Webb in overtime at home.

HAMPTON, Va. – Redshirt sophomore Keyondre White scored on a 25-yard run on Hampton’s first possession of overtime as the Pirates defeated Gardner-Webb 27-21 at a misty Armstrong Stadium on Saturday afternoon.

After each team was forced to punt on their first possessions, Hampton went on a 63-yard scoring drive in five plays as Romon Copeland made a one-hand snag of a Jett Duffey slant pass and took it 44 yards for an early 7-0 Hampton lead at the 9:25 mark of the first quarter.

Gardner-Webb responded with the next two scores as Bailey Fisher connected with Narii Gaither on a 32-yard strike to tie the game at 7-all on the ensuing possession.  The Runnin’ Bulldogs picked off Duffey and converted as Fisher found Deland Thomas with a five-yard pass to lead 14-7 with 1:15 remaining in the first.

The second quarter saw Hampton respond with a pair of touchdowns as Duffey found James Stanley on a 16-yard pass and then hit Trent Cloud on a 34-yard strike to take a 21-14 lead with 5:28 remaining in the half.

In the third quarter a fumbled punt return landed in the end zone and was recovered by Gardner-Webb’s Zay Jones to tie the game at 21-all with 11:52 left.  Both teams hit a cold spell offensively then as neither team could muster a significant drive.

In the overtime, Gardner-Webb drove down to the Hampton four-yardline but a fourth down pass from was dropped in the end zone.  Hampton made quick work on its first play as White ran around the right end and went in untouched for the touchdown.

Elijah Burris was Hampton’s leading rusher with 64 yards, while White ran for 55 on eight carries.  Duffey was 12-of-18 for 231 yards and three touchdowns, while Cloud caught four passes for 58 yards and Copeland had two for 101.

Ali Shockley had his second straight double-figure tackle game with 10, while Demetrius Stitmon had eight with a fumble recovery.  Hampton finishes its road schedule next Saturday at Campbell.

The win was the second in three games for Hampton.