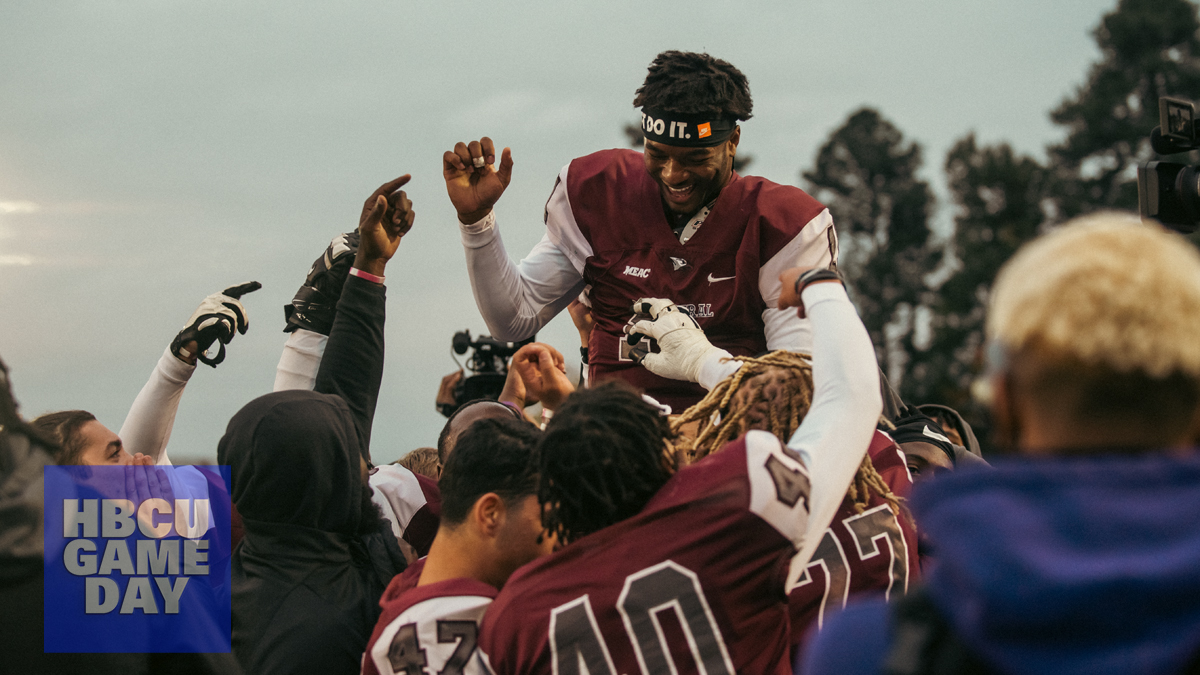 NC Central came into the game as and underdog and got down 21-0 early. But it showed resiliency in a double-OT win.

NC Central looked like it would be the latest victim of Norfolk State’s “NSU Homecoming Heartbreak” tour.

But NCCU showed its resilience, coming back from a three-score deficit to come up with an epic 38-36 double-overtime win over Norfolk State.

Both teams scored in double overtime, but NCCU quarterback Davius Richards connected with Daeshawn Stephen for the 2-point conversion to seal the win. NSU scored first in the period but an unsportsmanlike penalty put it in poor position on its 2-point attempt and that proved to be the difference.

NSU saw its six-game winning streak end after getting off to a hot start. It led 14-0 in the first quarter and went up 21-0 after a short touchdown run by quarterback Juwan Carter on the first play of the second quarter.

NC Central responded with 17 consecutive points in the second quarter to get back into the game before halftime.

The Eagles took their first lead when Richard hit Devin Smith for a 22 yard score, making it 24-21 in favor of the home team with 2:19 left in the third quarter.

The Spartans managed to tie the game at 24 with 30 seconds remaining to force overtime.

Richard opened the first overtime with a Richard rushing touchdown from six yards out. NSU’s J.J. Davis matched that scorer on the ground, forcing another overtime.

NCCU’s win puts it in a tie with Norfolk State for second place in the MEAC behind South Carolina State. Norfolk State saw its six game winning streak come to an end and will need help to win the MEAC title even if it runs the table and beats SCSU.