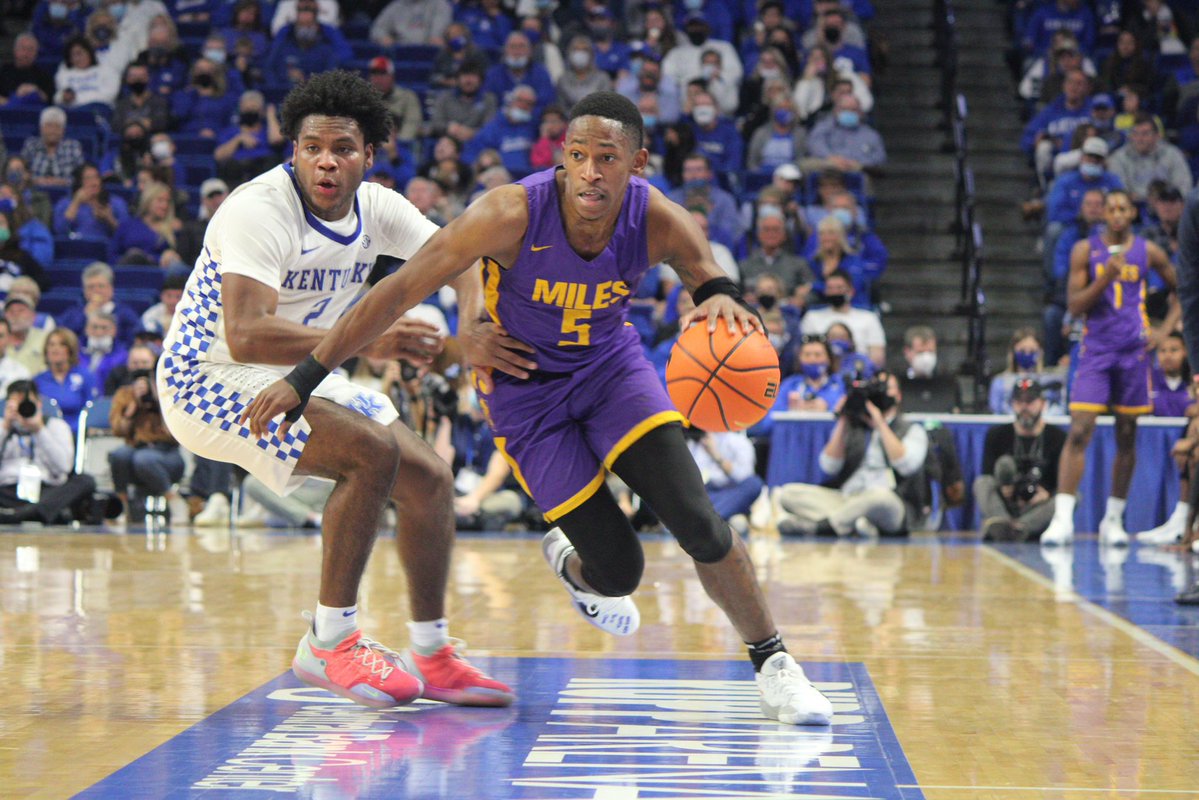 Miles College, a Division II HBCU out of Alabama, gave the University of Kentucky all it could handle in the first half before the SEC squad woke up.

For 20 minutes, Miles College was a better team than the University of Kentucky basketball squad.

SIAC basketball power Miles led its hosts from Rupp Arena by seven points at intermission before the SEC squad got cooking in the second half. Kentucky won the game 80-71 but there was a lot to like in the game, especially in the first half.

Unfortunately for Miles, it was Kentucky who had the hot hand in the game’s final 20 minutes. UK shot 53.1 percent from the field, while holding Miles under 39 percent. The 3-point line was not nearly as kind inn the second half as Miles hit just 4 of 15 attempts from long-range. UK outscored Miles 41-25 in the second half.

Davis led Miles with 14 points on the night.

It wass the first competition for Miles College after an abbreviated season earlier in the year in which it went 10-1. Miles will take on Oakwood on November 13th.