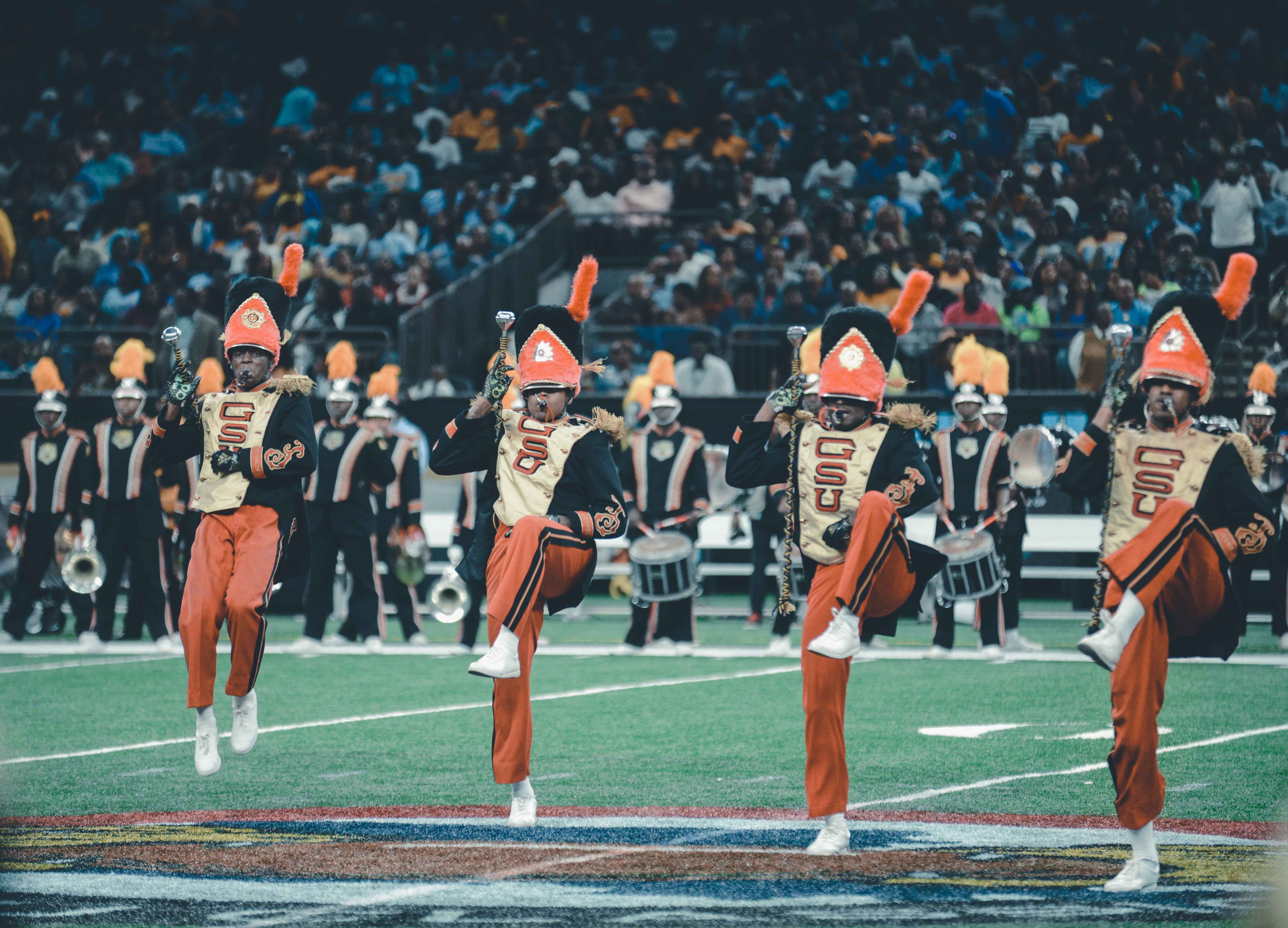 The Tiger Marching Band has provided its unforgettable entertainment around the world and at Super Bowls, presidential inaugurations, world-famous parades, in movies, television commercials and on recordings.

“We’re certainly grateful to the Raiders organization and Mark Davis for inviting the World Famed Tiger Marching Band to perform at the Raiders game this weekend,” said Grambling State President Rick Gallot, noting that World Famed has performed in more Super Bowls than any other band or entertainer. “We’re thankful that they’ve given us yet another opportunity to perform for not only an NFL crowd but for a worldwide audience. Go Raiders!”

In 2019, history was made as Dr. Nikole Roebuck was hired as the first female band director in school history, and only the third in the history of HBCUs. “The band is excited about our upcoming performance for the Raiders,” said Roebuck. “To be the first marching band to perform at an NFL game in Las Vegas is another first for the band. We are looking forward to bringing the house down with our high-energy packed show. Look out Vegas, the World Famed is coming to put on a great show!!!”

Sunday’s performance by the Tiger Marching Band adds to the notable list of halftime entertainment during Raiders games at Allegiant Stadium in 2021. Rap icons twice entertained at Raiders halftime in 2021 with Ludacris on October 10 and Too $hort and Ice Cube at intermission of the Raiders’ regular season opener on September 13. At halftime on September 26, Raiders Legend and Pro Football Hall of Fame Class of 2021 inductee Tom Flores, was honored and presented with his Hall of Fame ring. Lifelong Raiders fan and entertainment superstar Carlos Santana put on a stirring two-song set at halftime of the August 14 game, the first with fans at Allegiant Stadium.