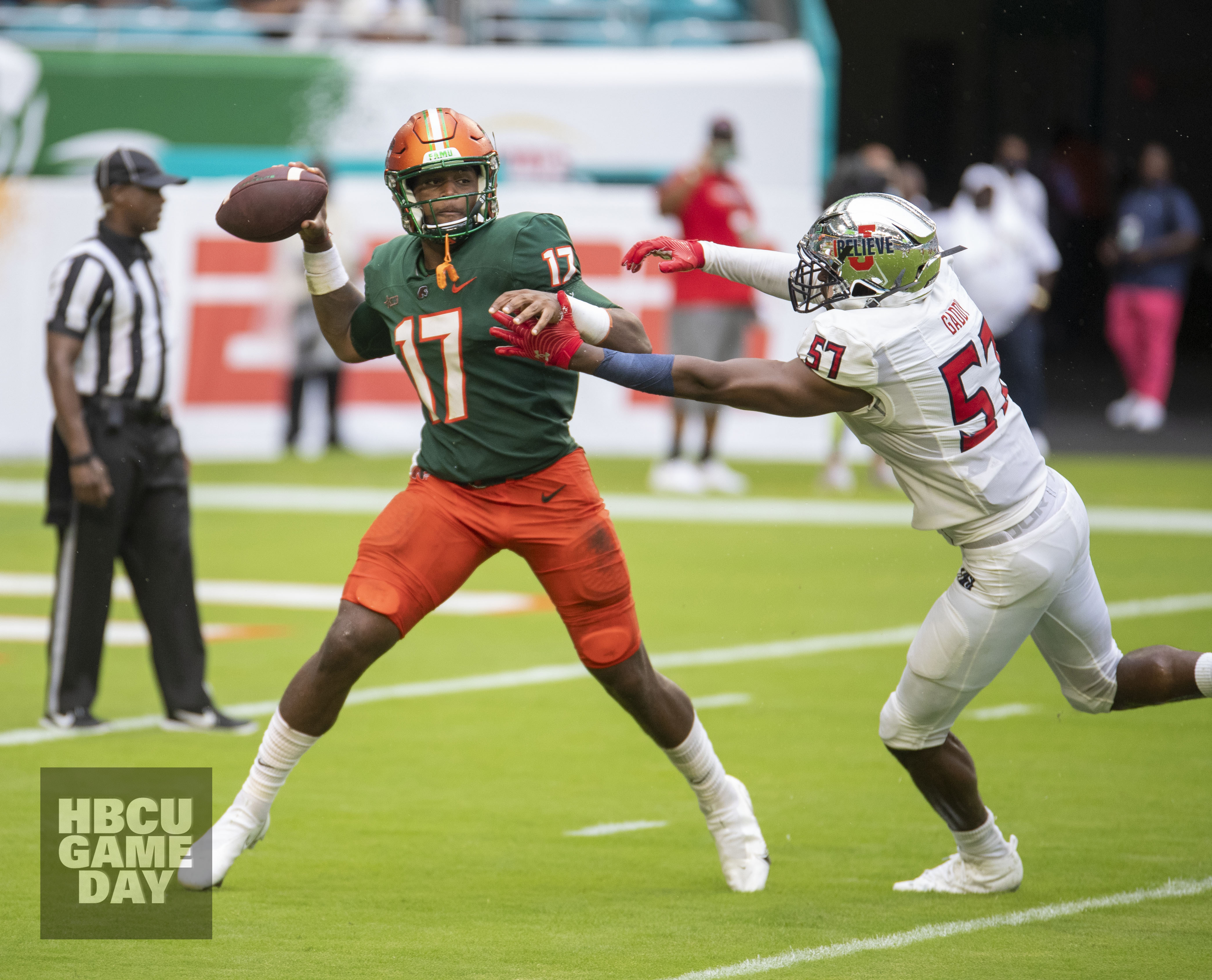 Alabama A&M put up a fight be-fitting a defending SWAC champion, but Florida A&M managed to walk out of Normal, AL with a win after a wild game.

FAMU running back Bishop Bonnett capped the comeback with a 12-yard touchdown run with 2:15 left to play. Alabama A&M was unable to respond, dropping its third-straight game.

Quarterback Rasean McKay led the comeback with three touchdown passes. He completed 21 of his 34 throws for 251 yards. Bonnett rushed for 187 yards on the game for FAMU, while Terrell Jennings added 82 on 19 carries.

Bonnett started the scoring with a 19-yard run to cap the opening drive. Defending SWAC Player of The Year Aqeel Glass connected with Abdul-Fatai Ibrahim on a four-yard score on the following drive. But that would be his lone touchdown pass oof the game. He finished with just 199 yards passing on the day.

AAMU built its lead with defensive scores — a 79 yard fumble recovery in the second quarter — and its running game. A 21 yard run by Gary Quarles made the game 28-10 with 8:21 left in the third quarter.

Florida A&M and McKay responded. A Jennings touchdown run stopped the bleeding with 6:23 left in the third quarter. Early in the fourth McKay found Chad Hunter for a 25-yard touchdown pass. AAMU’s offense failed to punch the ball in and a Spencer Corey field goal with 5:54 gave it a 31-24 lead.

McKay and Co. drove down the field and he found Jah’Mare Sheread for a 33-yard score with 4:05 remaining in fourth quarter. Javan Morgan would intercept a pass at the AAMU 35 yard line, setting up Bonnett’s touchdown run.