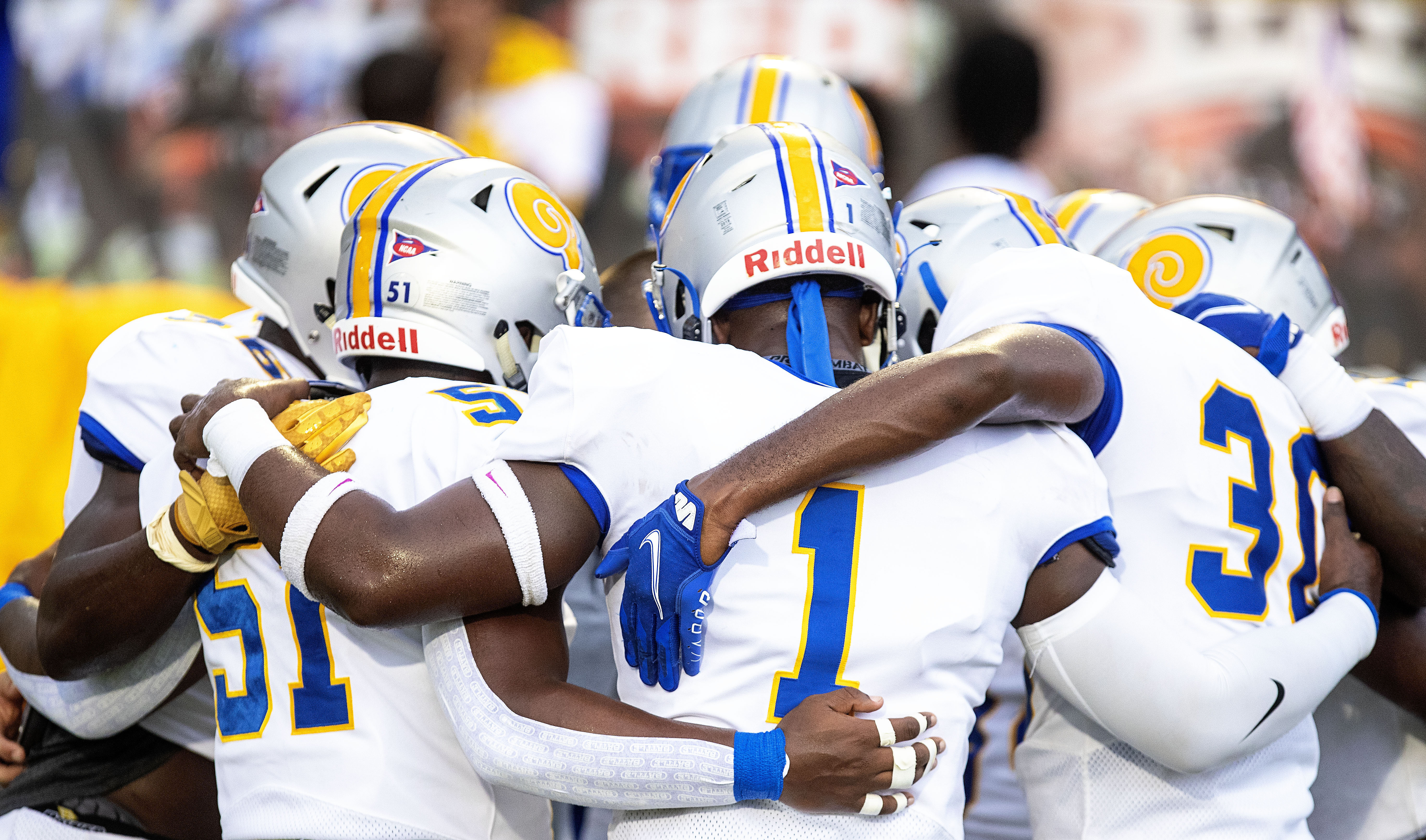 Albany State and Miles College met for the first time since the 2019 SIAC championship. And ASU came out on top.

The Albany State Golden Rams have had to live with their 21-6 defeat to the Miles Golden Bears in the 2019 SIAC championship game for 686 days.  The year that was 2020 delayed any opportunity for some revenge for almost two full years.

Gabe Giardina and the crew wasted no time in flexing in a convincing 31-3 victory over the Golden Bears.  “I am really proud od how our team competed in the game.  It was our most physical performance as an entire team to date,” he said.

Balance was the name of the game for ASU as they used an old-fashioned ground attack added in passes to accent a game plan designed to control the game’s tempo.  Giardina, the University of Alabama alum, put together a game plan that was more Bear Bryant than it was Dabo Sweeney.

Marcuis Fulks scored two tuchdowns on the ground for ASU, while Kam Ward scored  one in the process of gaining 112 yards on the night.  The one-two punch of Ward and Fulks wore down the MC defense.  ASU quarterback Dionte Bonneau passed for just 89 yards, with a long of 38 to Rashad Jordan.

Miles would only output 234 yards of total offense in the game.  Quarterback Claude Newell went 9-of-17 for 83 yards with one interception and no touchdowns.  Jalen Parker came in in relief and went 2-for-2 for 7 yards.

Defensively the Golden Bears were led by Jaylun Thomas who had 6 tackles including one tackle-for-loss. Mitchell Smily collected 5 tackles in the game while Andrew Gaylor and Roosevelt Thompson garnered 4 each.

Giardina was pleased with the well-rounded effort it took to overcome MC.  “It was a true team win with all three phases playing well,” he concluded.

With that win, Albany State is in the driver’s seat for the SIAC.  They will first enjoy Homecoming this week against the Edward Waters University Tigers, coming off of their first SIAC win in a 37-13 rout of Morehouse.