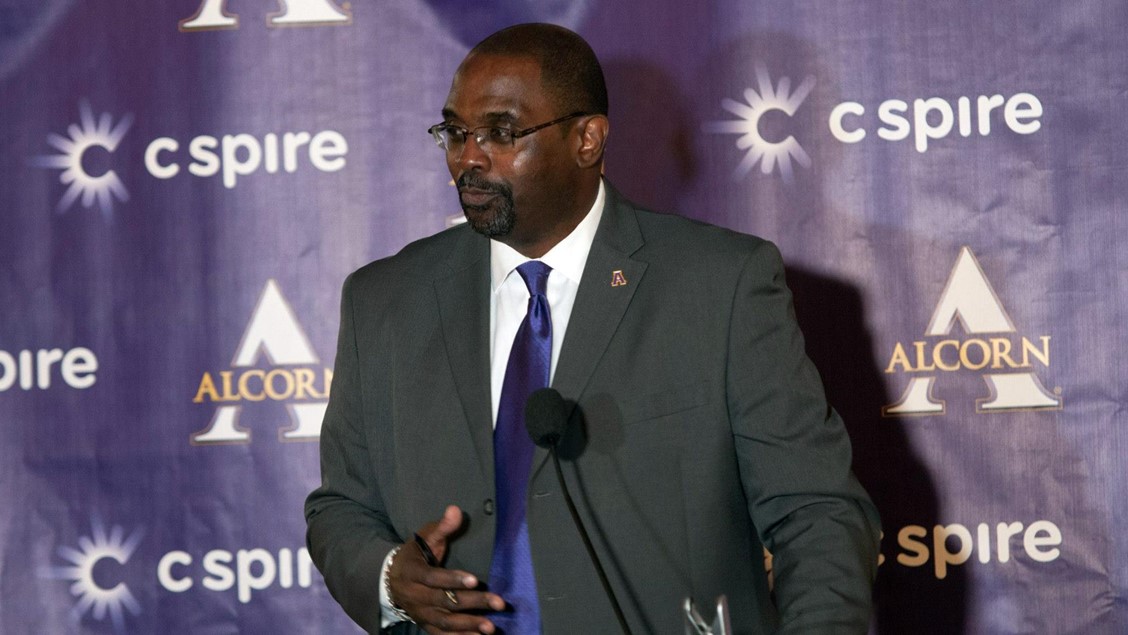 Alcorn State Director of Athletics Derek Horne is on his way out of Lorman. This comes after the school’s negative headlines.

Big change appears to be the horizon for Alcorn State following a strenuous string of events.

ASU Director of Athletics Derek Horne has resigned from his position. The news was first reported by Footballl Scoop and later confirmed by Horne Scoop. The website reported that the school and Horne had engaged in discussions about a potential buyout. According to the report, Cyrus Russ, the school’s senior associate athletics director and head of NCAA compliance, will be named interim AD.

“I want to thank the leadership at Alcorn State, especially Dr. (Felicia)Nave, for entrusting me with the honor of guiding our athletics department,” Horne said in a release,per WAPT. “I step away with a great sense of pride in what we were able to accomplish for our student-athletes, coaches, and staff during my time here. I want to express my gratitude to the loyal alumni and supporters, and our friends in the Lorman community for their unwavering passion for helping our athletic programs succeed on and off the fields of play. I walk away with excitement and enthusiasm as I look forward to the next chapter of my professional career.”

The change comes two weeks after the school made national headlines for missing multiple practices after the temporary athletic training staff contracted COVID-19. Head coach Fred McNair revealed that the program’s lack of a full-time athlletic trainer to watch over the program had sidelined his football program as it prepared to play a guarantee game against South Alabama.

ASU would hire a full-time trainer a few days later, but the impact had already been felt. South Alabama would win the game 28-21 after Alcorn State lost a halftime lead. McNair said he believed the missing days of preparation could have helped his team pull off the upset.

“I think the biggest thing that hurt us on Monday and Tuesday — we didn’t get a chance to condition the young men thee way that we should have. We didn’t get a chance to condition at all because of the circumstances. Later on in the game, it kind of caught up with us. Some of my guys started to cramp up because of that,” McNair said on the SWAC media session. “Physically the guys fought. Just the conditioning part that helps us out through the week (was missing) — the first two days of our conditioning is the most important days. You kind of peel back on Wednesday and Thursday in conditioning. We had to condition these guys on Wednesday when we got a chance to practice, and now its kind of a what if you do or if you don’t.”

Horne’s tenure at Alcorn State began in 2014 after his stint at Florida A&M. It was Horne who selected McNair to take over the program after Jay Hopson left the two-time defending SWAC champs following the 2015 season. The decision paid off in four consecutive SWAC East titles, including SWAC titles and Celebration Bowl appearances in 2018 and 2019.

But signs of a potential rift between the head of Alcorn State’s head athletics administrator and the face of its program have been floated out of Lorman, Miss. for the better part of a year. That talk heated up when Alcorn State was the only SWAC program to pull out of the spring football season, initially claiming concern due to COVID-19. And then there was the trainer issue, which appears to have been the final straw.