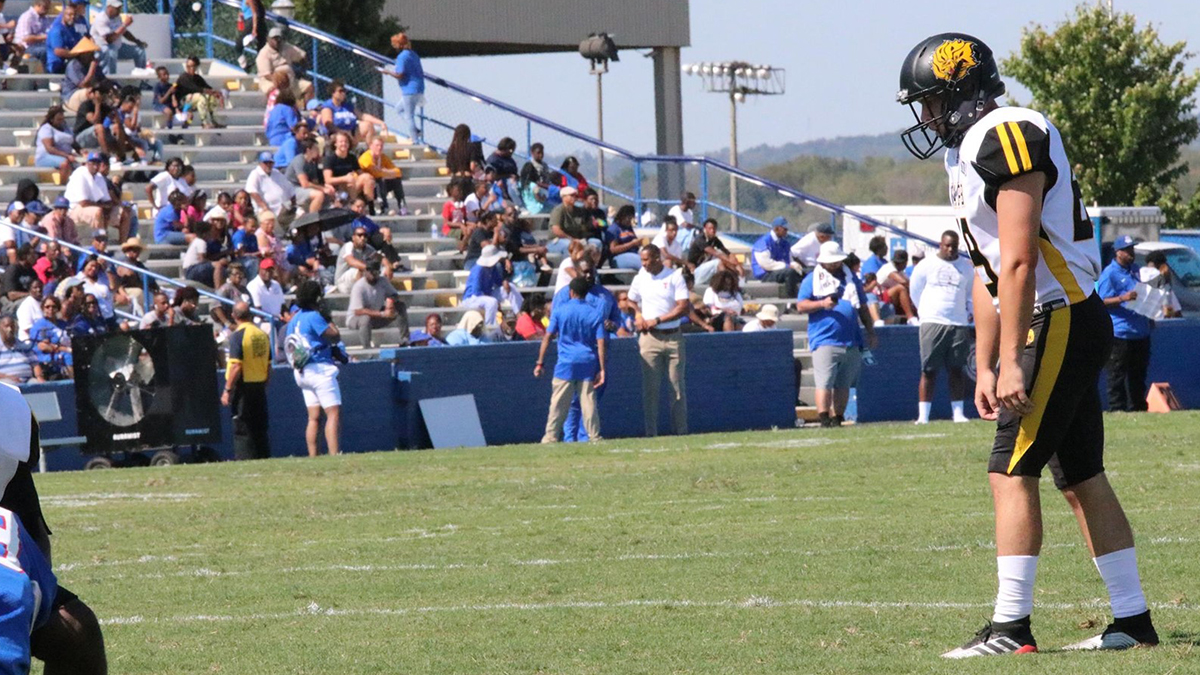 Special teams were a big factor in Alcorn State’s epic comeback against Arkansas-Pine Bluff last week. UAPB has a lingering issue that could impact the Prairie View game..

For three quarters against Alcorn State, UAPB looked like a team that had it all together.

And then the bottom fell out. Arkansas-Pine Bluff saw a 19-point first-half lead result in a 39-38 loss on national TV last Thursday.

The kicking game was a major factor in the way the game played out.

A positive was a perfectly executed kick by kicker Zack Piwniczka in the first half. Then there was a blocked PAT in the second quarter that would have hypothetically resulted in a tie at the end of regulation. And finally, in the fourth quarter, there was what appeared to be a questionable decision to go for it on 4th down instead of attempting a field goal inside the Alcorn State 30.

It turns out that Piwniczka was injured earlier in the game and was unavailable, according to UAPB head coach Doc Gamble.

“Hopefully we’ll have Zach back this week. We do have a punter who is outstanding, his name is Josh Sanchez. But you know, that’s what he is — he’s a punter. He’s not a placekicker. Both guys are two different guys and as coaches, we gotta put our players in position to be successful.

“Somebody wanted us to run Josh out there to kick a field goal for us,” Gamble said. “Well, if you ever go to one of our practices, Josh is probably like 1-for-50 on field goals, so I couldn’t do him like that. At the end of the day, we’ve gotta be able to play some defense to be able to get a stop and get off the field.”

Gamble revealed that he had recently had some kickers try out from the UAPB soccer program.

“We didn’t have soccer guys — we have soccer girls, “ he said. “It’s two of them that can kick it pretty good. And they actually did it in high school.”

Gamble says he’s hoping he won’t have to go that route. And he really doesn’t want to use Sanchez in that regard, either. But he may have no choice.

I told Josh in front of the team, I said “we all know Josh is not our placekicker, but if he has to get it done, he’ll get it done, and we’re going to have to get some extra work this week with him. We’ll have a plan going forward and we’ll make it work.”

Gamble acknowledged that the choice may have seemed questionable to those who didn’t know about his kicker’s injury and that it would have made things easier.

“We’re not able to hold up a flag or a banner and say “hey, our kicker’s down and guys we gotta go for it,” he said. “You’re going to have people heckling, and we gotta just let them heckle. We gotta do what we gotta do and make the best decision for our team. And going for it on fourth down was best for our team.”