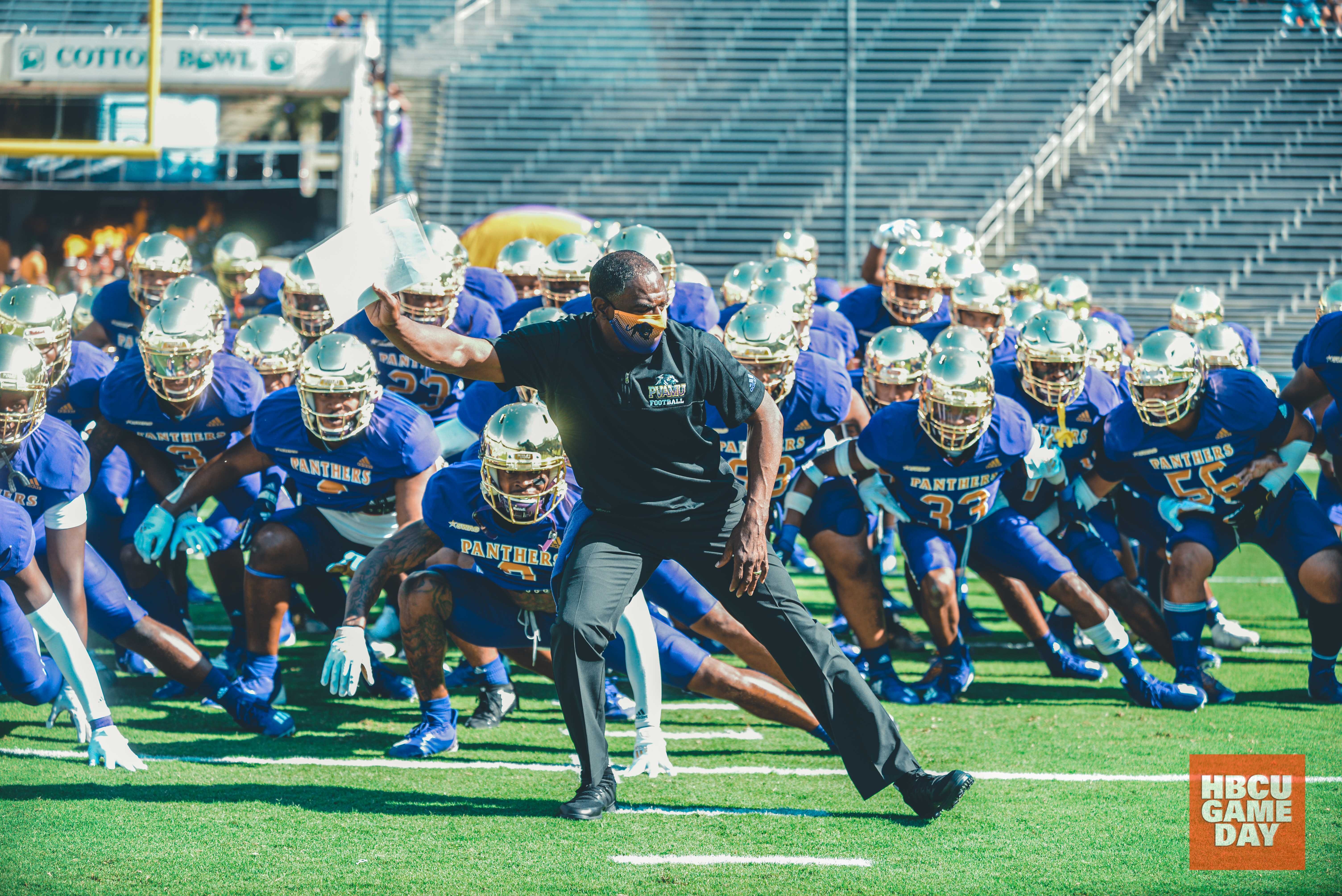 Prairie View makes it four in a row over Grambling

Prairie View makes it four wins in a row over Grambling State as it wins the State Fair Classic. And it made sure to let GSU know about it at the end of the game.

Prairie View A&M has owned Grambling State in the State Fair Classic, and its not shy about letting it be known.

PVAMU beat Grambling 24-10 at the Cotton Bowl for its fourth-consecutive win over its SWAC West rivals from north Louisiana. After winning the game it brought out mock eviction notices to the Cotton Bowl, the site of the State Fair Classic.

The Panthers extended the margin to 10-0 in the second quarter as Grambling State was forced to play from behind.

GSU would strike back just before the end of the first half, scoring as CJ Russell scored on a 2-yard touchdown run with 20 seconds remaining in the opening half to cut the lead to 10-7.

Prairie View would answer in the second half. PVAMU drew up a screen play to push the ball deep into GSU territory. Jaden Stewart gave Prairie View A&M a 17-7 advantage as he went straight up the middle for a 17-yard touchdown with 12:16 left in the quarter.

GSU head coach Broderick Fobbs made a quarterback switch in the second half, putting in highly-touted freshman Noah Bodden. It would add a field goal late in the third quarter, but Jailon Howard caught a 36-yard touchdown pass down the left sideline from Pass with just under 11 minutes to go to finish the job.

“We played a very good Prairie View A&M football team today and my hat goes out to coach (Eric) Dooley and his staff,” Grambling head coach Broderick Fobbs said. “We made some mistakes that hurt us during critical points in the football game and that can’t happen. Our staff will at the film to make those adjustments and corrections. Now we turn our attention to an excellent football team in Alabama A&M.”

GSU has now lost three in a row after a Week One win over Tennessee State. PVAMU has won two in a row after dropping a Week Two game to Incarnate Word.

Prairie View makes it four in a row over Grambling